Young medical professional makes Hull his home thanks to Yupelet 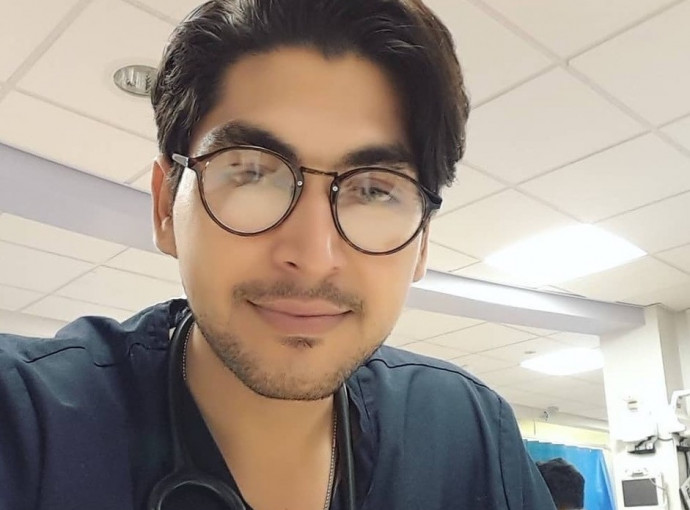 As part of the Iguana Developments Group, Yupelet is a professional house share provider, matching like-minded young professionals seeking accommodation.
For strangers to the area who are employed by local businesses and organisations, Yupelet provides much more than just a home to live in as the team is dedicated to helping clients integrate and feel part of a community.
Dr Ahsan Amir, from Pakistan, studied medicine and came to the UK to work, first landing in Grimsby, before taking a job at Hull Royal Infirmary.
Ahsan was a resident at the Doctor’s House, one of Yupelet’s large properties close to the infirmary, where he lived for two years. For a short time he transferred to work in York, returning to Hull a newlywed. Ahsan and his wife contacted Yupelet in search of a home to rent.
Charles Weeks from Iguana Developments and Yupelet explains: “We explained to Ahsan that rather than renting a property the couple could get on the property ladder by taking advantage of the Government’s Help to Buy scheme which would make monthly mortgage repayments similar to that of renting.”
“One look around apartments at Liberty House in Hull’s Old Town, Ahsan and his wife were keen to move in.”
Ahsan says: “Charles and the team looked after me when I was a client of Yupelet. Young professionals join the Yupelet community and he matches individuals based on interests and personalities. He even took me on tour of Hull when I first met him, pointing out all of the places of interest, getaways, restaurants, etc.
“When my wife and I were looking for a property to rent he suggested we look at the apartment in Liberty House which had recently been completed. We looked at the financials and found we could be better off buying than renting and managed to buy a two-bedroom apartment with just a 5% deposit.
“I really like Hull. I was a bit concerned about moving here initially as I hadn’t heard much about the City but I was pleasantly surprised from the start. I came here in 2017 during the City of Culture year and made friends with my housemates and buying one of these apartments felt like a natural next step, plus it’s an investment in our future.
“Hull is a great place to live and work – I’ve made really good friends. The cost of living is low compared to other cities around the UK and it’s really easy to get around.
“We moved in to Liberty House in March, just days before lockdown. It’s fantastic that we have such great amenities in the apartments – a gym onsite will be so handy, especially as I work shifts.
“The Help to Buy scheme worked well; I’m really pleased Charles mentioned it, otherwise I would probably be living in rented accommodation, rather than owning our own property.”