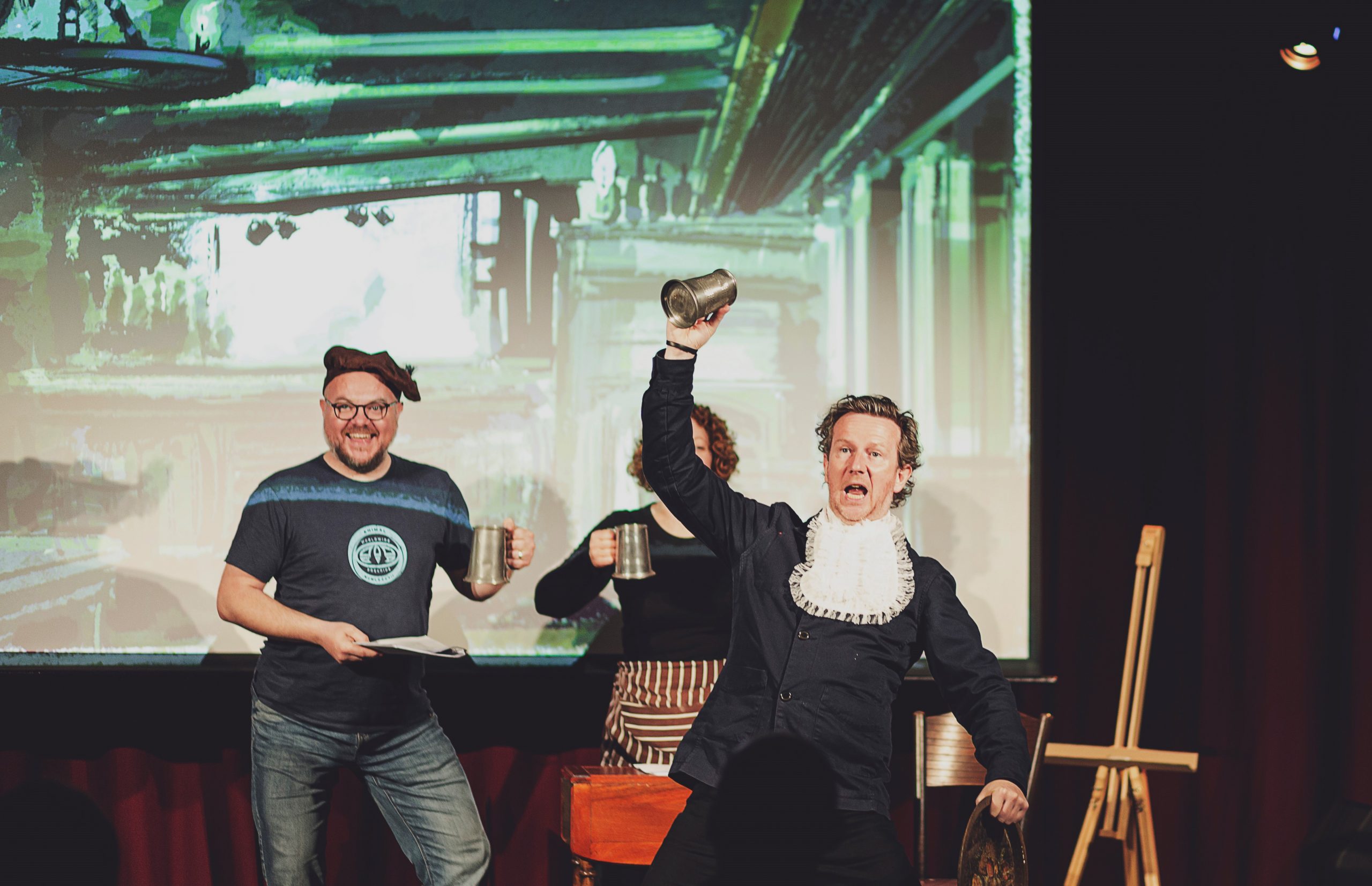 A shop that combined two separate businesses selling music and books is now bringing its wares to life with the addition of a live performance venue.

Wrecking Ball Music and Books has already presented a play and a blues night upstairs at its premises in Whitefriargate, Hull, and established weekly matinee slots for an open-mic afternoon and a film club.

In the coming months they plan to keep the entertainment coming with live bands, author interviews and more, and much of it linked to the products on the ground floor racks and shelves.

Shane Rhodes, co-owner of the business, said: “The main thing is that we have a great combination of retail, café and events and they support each other. It would never have got off the ground if it had just been a venue.”

During 2020 they began the process of relocating to Whitefriargate, at first opening to sell music and books and then adding a café at the back. The stage burst into life in May with rave reviews for Rembrandt in Hull, the latest play by Hull-based writer Dave Lee, and demand is expected to be high for some of the forthcoming attractions.

Tickets for the Dean World Premier Gala – a cabaret-style evening showcasing a short film by Dave Lee about Withernsea’s celebrated poet and pebble collector Dean Wilson – are likely to fly out.

Also attracting interest is Lost in Music, a Q&A featuring DJ and writer Dave Haslam and Lucy Nichol, author of The Twenty Seven Club, with memories of Hull venues including the New Adelphi Club and Spiders.

Music highlights include a gig and Q&A by Earl Slick, who worked alongside rock royalty including John Lennon and David Bowie, and a show by Boo Hewerdine, who emerged more than 30 years ago as singer of acclaimed band The Bible and has since built a big following as a writer, producer and performer. American singer-songwriter Dean Friedman is booked to appear in April 2022.

Shane said: “This place came about because we were already putting on gigs separately and when we opened in Princes Quay the ultimate aim was to have a venue and put everything under one roof.

“A lot of the films are things which have influenced my work on the literary side and people should be able to find the relevant books on our shelves. Most of the musicians we’re bringing in can be found in vinyl or CD form on the ground floor.

“We don’t charge much for admission to the venue because the idea is if we get people in it will support the café and people will get to know what we have here. The awareness is definitely building and we’re now working on a few personal finishing touches which we think will make a big difference.”

Gary added: “We always had plans to expand the product range, improve the browsing experience and host events and we found ourselves with the space to do that after moving to a two-storey property.

“It’s by far the most space we have ever had. We wanted to expand and we were confident in what we were doing. We also have space for a lot more products. People can relax, listen to records and browse books.

“We are also improving the website and people can now buy and book online and keep track of some of the forthcoming shows. There will be more going on as restrictions ease.”

Kathryn Shillito, HullBID executive director, said: “Wrecking Ball is a fantastic addition to the city centre as an exciting and creative collaboration with so much happening under one roof.

“It’s also adding to the appeal of Whitefriargate, where other recent investment and a number of new projects are combining to connect the Old Town and the new town and develop the area as a destination once again in its own right.”