Wow, the Audi was great! 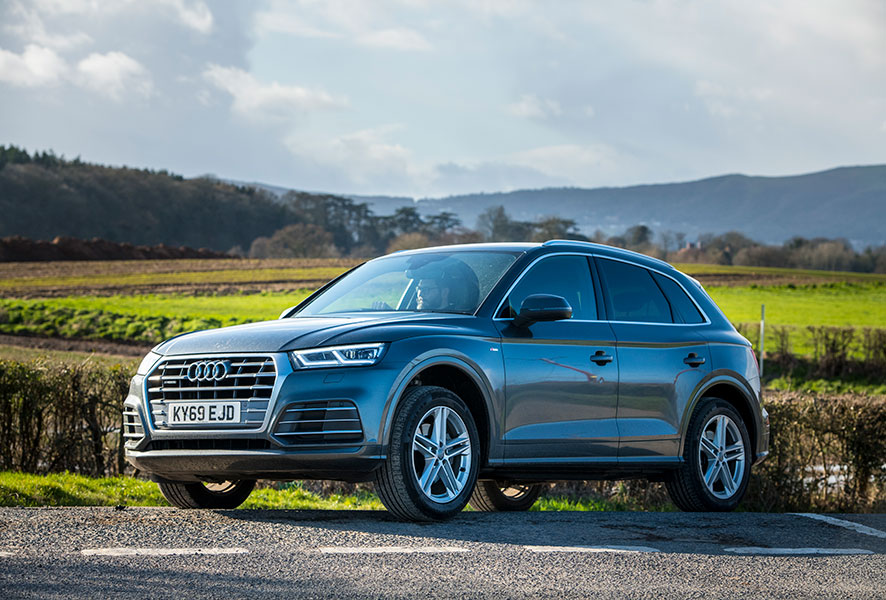 But the service and help from Audi on demand was simply superb.

It was a disastrous day. I had a temporary hire car to collect and a full diary. Then I remembered. I hadn’t received my driving licence back from having 3 points added for 34mph in a 30 limit.

Quite simply – it was a disaster.

My business partner Nigel was my first thought, could he collect me drive and me around? What was his diary like? The answer was – busy.

Nigel is however an Audi driver and he had heard of an Audi offering called Audi on demand. He spoke to them and yes, they had a car for him. I could then use his, we were saved! But neither of us were expecting either the car we had, the range we could have had or Audi’s service offering.

The car was a new Q5 S Line, it was definitely a cut-above the average hire vehicle. But Audi offer virtually their whole range from the Q1 to the beautiful Q7 directly from the dealership!

He booked it online with no messing about signing-up or registering and within a 30 minute drive they deliver the vehicle to you. They gave fully comp insurance and unlimited mileage and the insurance excess was minimal.

Nigel said, “The car was a delight. I have had Audi’s for years but never driven this model mine tend to be the sports types. But having had a second child 7 months ago trying to squeeze a pushchair and the other accoutrements of parenthood, including the baby of course, is proving to be taxing to put it mildly. I’ve driven TT’s for about 10 years so I was unsure how I’d feel adjusting to a larger vehicle but it was responsive, felt connected to the road and was surprisingly sporty. It wasn’t too big and wasn’t too small, it is pretty much an ideal vehicle for me.

“It was also blessed with all the gadgets and I love gadgets! You could argue being able to spell out the address in the sat-nav by writing with your finger on a touch pad is an unnecessary gimmick but it was surprisingly useful. There was a button for pretty much everything including changing the size of the speedo and rev counter on the large digital screen…I didn’t know I needed the ability but Audi had obviously done their homework because I naturally used it.

“Colin only needed a hire car for a day while his was in for service, but I kept the Q5 for 3 days extra and over a weekend. David Crouch at Audi on demand at Birmingham Audi could not have been more helpful. They and the service they offer is superb, you can have an actual car from the dealership from 7 hours to 7 months or beyond and there is total flexibility.

“I’m not aware if the other high-end manufacturers offer the equivalent service but in my past experience of Audi from a sales and aftersales point of view would always draw me to them.

“My business Nexus Creative Ltd is a full-service marketing agency and for events or photoshoots we often need different vehicles for either the terrain of number of people involved in the project on that day. This will be so useful, as is the European travel that is included in the hire (with up to three drivers) as we work in several European countries on behalf of some of our customers.”

Although I had never heard of this service from Audi, I think it is definitely one that both Nigel and I will use again personally. Also for the occasional times that we either need a much larger vehicle for a group visit somewhere or just an extra vehicle for one of our colleagues at Nexus, we will definitely be giving them a call.

The ‘icing-on-the-cake’ was that it wasn’t that expensive either!