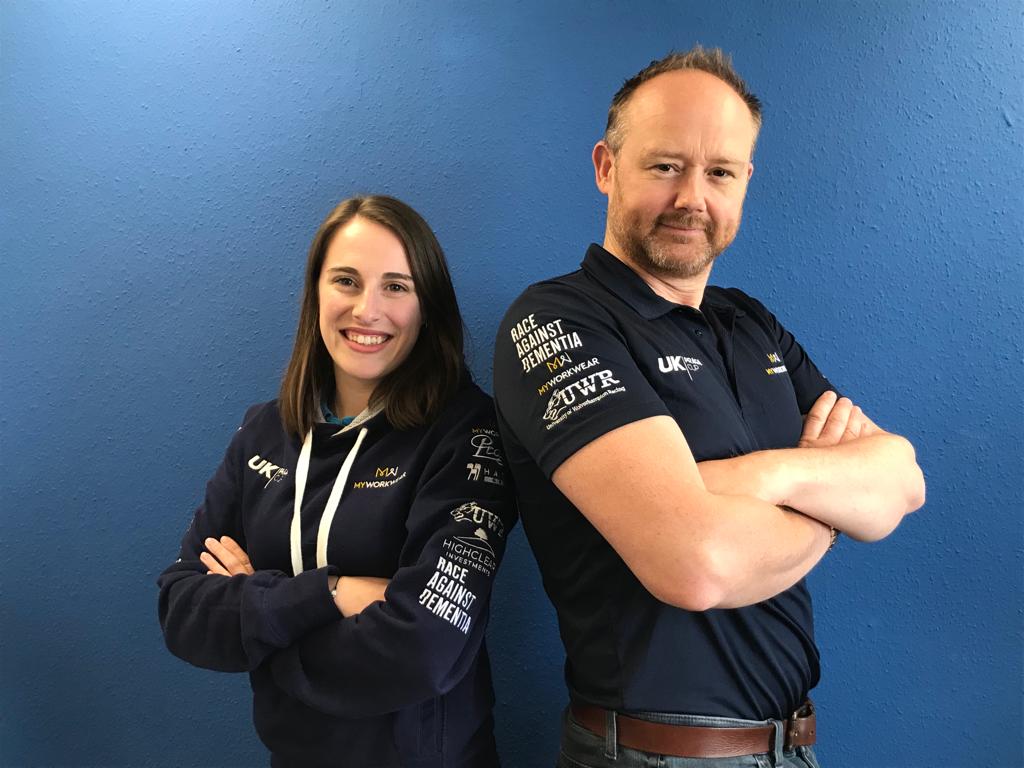 A workwear specialist has today announced its pledge to help fight dementia by making Race Against Dementia its nominated charity.

MyWorkwear, which is based in Telford, Shropshire, has supported businesses across the UK with its workwear and uniforms for nearly 50 years. During those years, it has helped numerous local and national charities. However, following the passing of its founder Mike Worthington to dementia with Lewy Bodies last year, the team decided it was time they nominated a dementia charity and look to focus their efforts on supporting the fight against the disease.

The business works closely with the manufacturing, engineering and automotive industries and sponsors the University of Wolverhampton Racing team, so when it was introduced to Race Against Dementia by one of its partners, Kiltads Motorsport Marketing, managers felt there was a strong synergy.

The charity’s Royal patron is the Countess of Wessex and has support from the likes of the family of Sean Connery and Sir James Dyson.

James Worthington, managing director of MyWorkwear, said: “With the first anniversary of my father’s death falling during Dementia Action Week, we felt this was an ideal time to announce our intentions to support Race Against Dementia and help in the fight against this horrific disease.

“Having grown from the small manufacturing company my father started in 1976, it is humbling to be able to now support this charity and help in finding a cure for the disease that took him from his loving family. We hope that with all the fundraising for research into the disease, there will be one day in the future when other families won’t have to face the heartbreak of seeing their loved one’s sense of reality and dignity stolen from them.”

Race Against Dementia was founded by three-time Formula 1 world champion Sir Jackie Stewart, in response to his wife Helen’s, dementia diagnosis, and calls on us all to help combat the crisis of our generation.

More than 50 million people worldwide have dementia with a new person diagnosed every three seconds. Race Against Dementia raises and allocates monies to research into a prevention or cure for dementia, and currently funds and supports 11 post-doctoral early career dementia researchers through the RAD Fellowship Programme. RAD encourages collaboration with forward-thinking teams in Formula One, as well as other innovative organisations, to bring the dynamic attitude, dedication and agility of Grand Prix teamwork to drive results in dementia research.