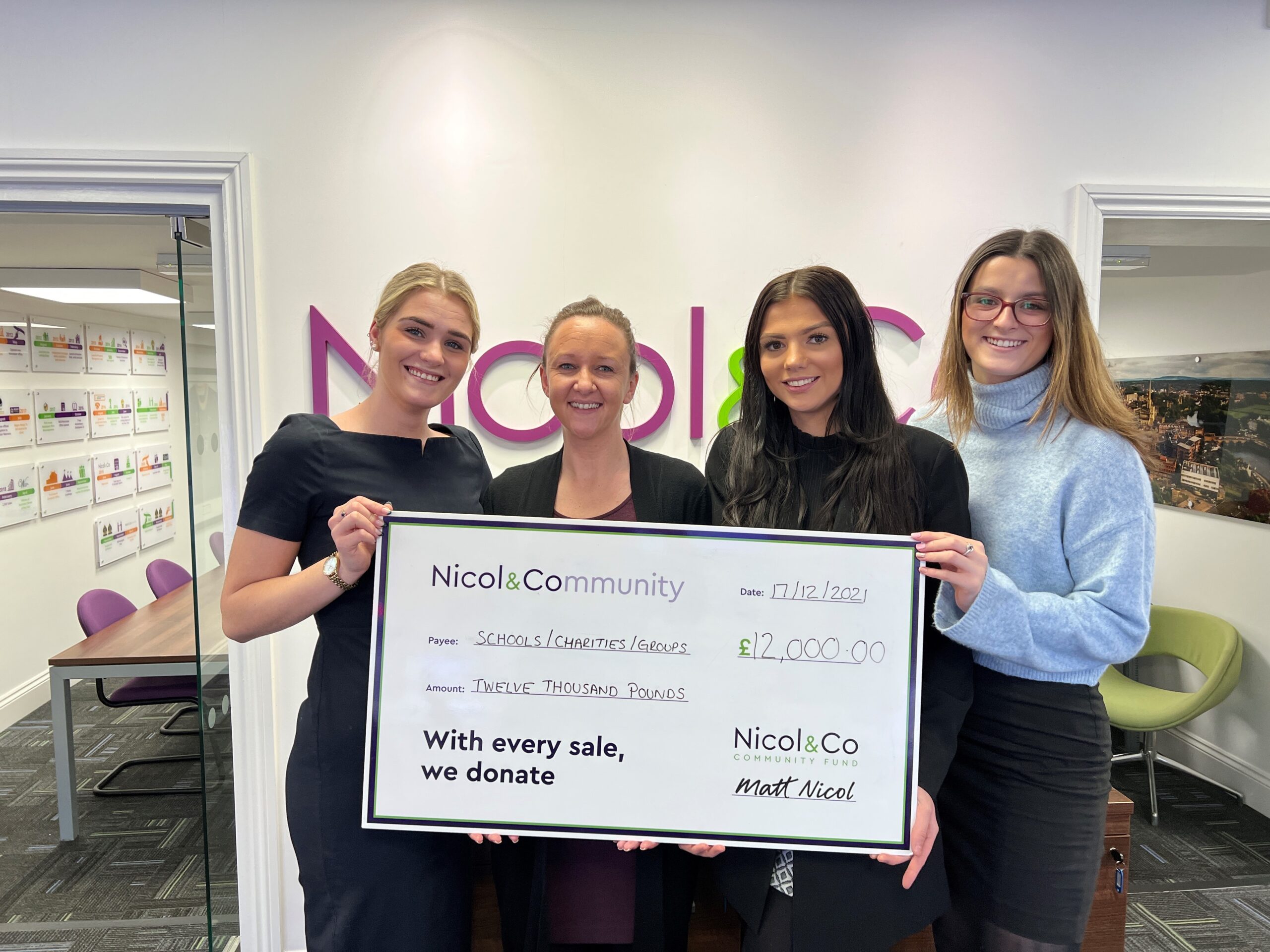 Scores of charities, schools and local groups have received donations totalling more than £12,000 from a community fund launched by a Worcestershire estate agent.

Nicol & Co, which has three branches in Droitwich, Malvern and Worcester, launched the scheme in March 2021 by pledging £100 to the seller’s choice of community group for every property sale it handles.

And after the success of the scheme in the last nine months, the company has now decided to continue the community fund in 2022.

Matt Nicol, managing director of Nicol & Co, said: “The initial idea came in the midst of Covid-19, when people were emerging from such a difficult lockdown.

“Being rooted in the community has always been part of our culture at Nicol & Co, and we were determined to continue showing that in a more regular and meaningful way.

“We decided that for every completion we achieved on new instructions we would donate £100 of our fee to the school, community group, local charity or food bank of the client’s choice.

“We’ve been overwhelmed by the positive response from both customers and local groups who all love the idea that every sale equals something good happening in the community.”

Just one of the charities that has benefited from Nicol & Co’s community fund is St Richard’s Hospice in Worcester.

“It’s a great idea, and we know how popular it’s been because we’ve been lucky enough to receive several donations from the scheme.

“We especially like that Nicol & Co give their customers the option to choose which charity to donate to. At a difficult time for the charity sector, this support is very gratefully received.”

Mr Nicol explained that the community fund has been organised and administrated by a team of his staff at Nicol & Co.

He said: “This has been a great initiative that all our staff have enjoyed being a part of because it has helped so many local groups.

“The process is simple: we leave a leaflet about the community fund with potential vendors on our valuation appointments, and vendors are then asked to fill out a donation form as they near completion.

“We then discuss the vendors choice and liaise directly with the beneficiary to get their payment details, and once each sale has completed, our finance director arranges for the donation to be made.

“The £12,000-plus paid out so far this year has gone to a huge range of local charities, schools, community groups and organisations in Worcestershire, as chosen by our vendors.”