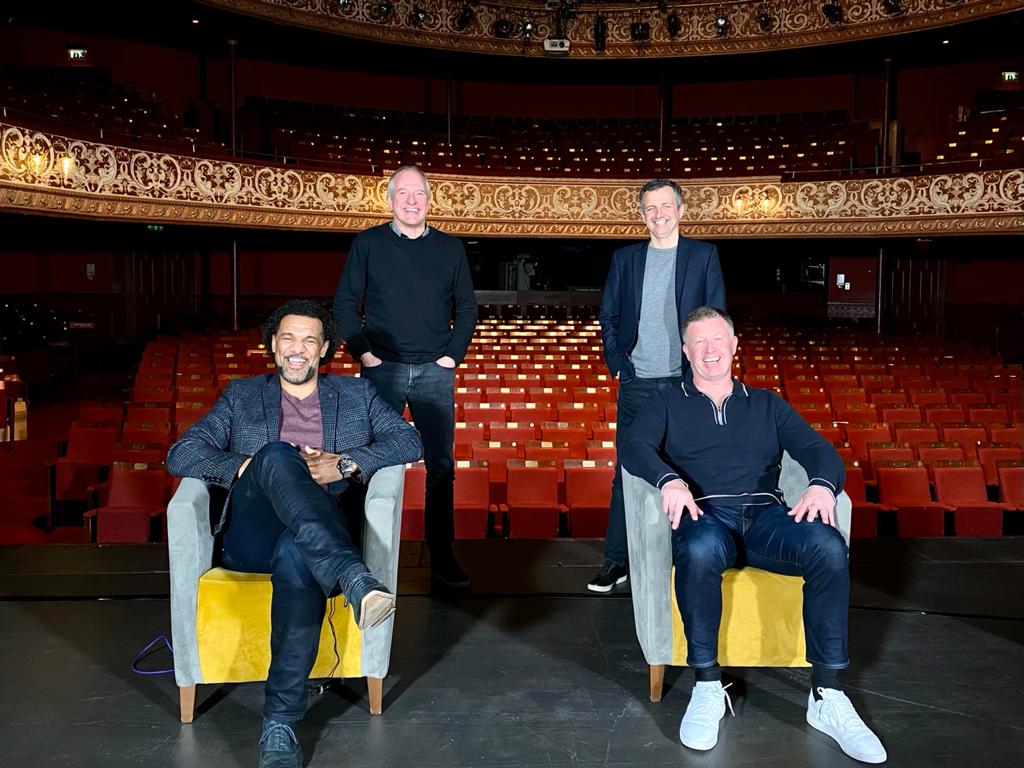 Wolverhampton Grand Theatre’s new vodcast series, bringing together Wolverhampton Wanderers players and some of the finest talents from the city, is set to begin streaming online.

Episode one is available to stream from May 28-30 exclusively on stream.theatre and features Wolves favourites Don Goodman and Steve Froggatt, who chat to Steve and Johnny about their time with the club.

The series is filmed against the backdrop of the Grand Theatre’s auditorium, which has stood empty for more than a year. Future guests on the fortnightly show include Led Zeppelin’s Robert Plant, Wolves legend “King” John Richards and Wolverhampton singer Beverley Knight.

Steve Bull has raised more than £40,000 for the Grand Theatre over the past 10 years and has been a Grand Theatre Ambassador since 2018. He said, “Like Molineux, the Grand is an iconic part of the city and it is so important that we support it. I am very grateful to all my friends and former colleagues who have taken part, we have laughed so much while reminiscing during filming, I know the fans will love it too!”

Nathan Brine, associate director, creative and production at the Grand Theatre, said: “It has been hugely exciting to be able to welcome Steve, Johnny and their guests safely to the Grand Theatre to record the vodcast. The Grand’s stage has been empty for over a year and our dedicated audiences will have undoubtably missed attending.

“While we continue to work towards reopening to the public very soon, we’re delighted to be able to offer something that I know will whet the appetite of our theatregoing community, and the Wolverhampton Wanderers supporters as we continue to announce guests from the world of sport and entertainment throughout the year.”

Bully & Johnny’s Grand Wolves Show has been funded thanks to the Cultural Recovery Fund awarded by Arts Council England and the DCMS. All proceeds will be donated to the Grand Theatre Charity which provides vital arts services for Wolverhampton and the surrounding areas. This includes the theatre’s work with patrons living with dementia, disabilities, education, and local history.