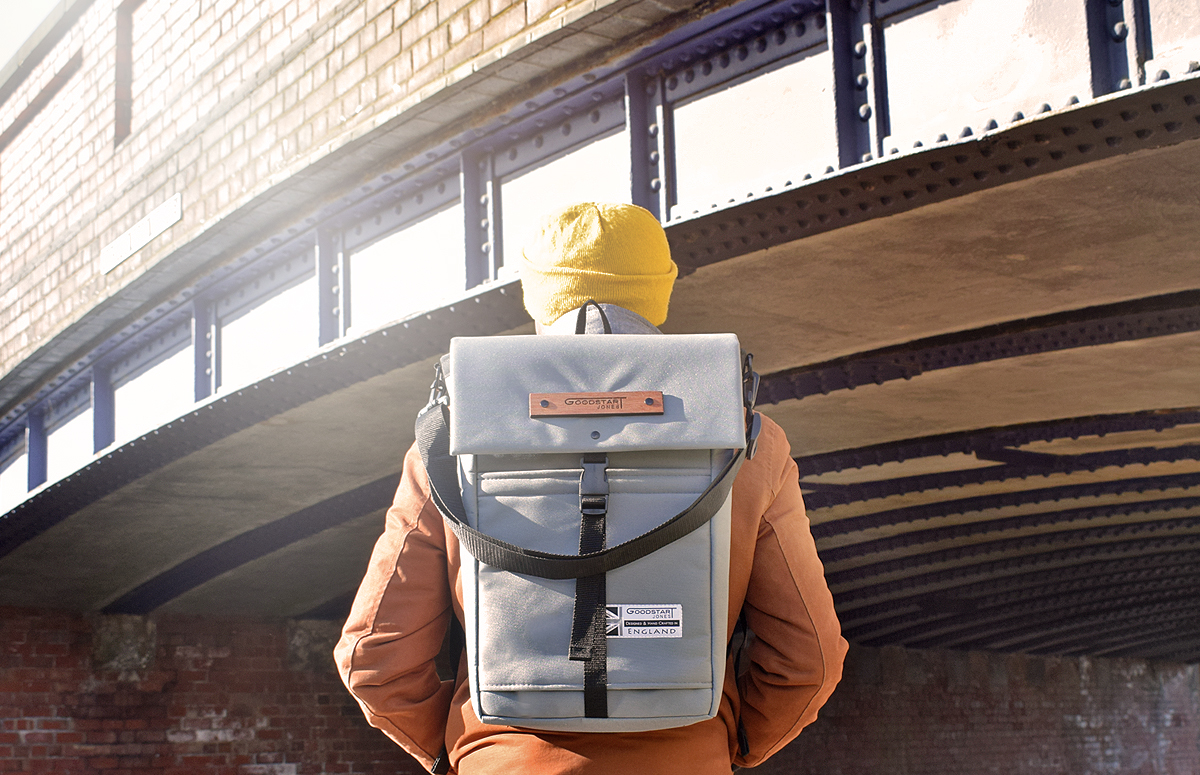 A Wolverhampton-based bag and carry accessories brand has been named as a regional finalist in the Great British Entrepreneur Awards.

Goodstart Jones, which has been designing and manufacturing in the city since 2016, is shortlisted in the Made in the UK category of the Great British Entrepreneur Awards’ Midlands region.

The small team of designers and tailors at Goodstart Jones create their own range of distinctive bags alongside producing items for other businesses and brands around the world.

Each product takes influences from military design to inspire the creation of practical, durable and weatherproof carry products. This, combined with modern minimalist styling, results in products with a versatile aesthetic and timeless appeal.

Over the years, the Great British Entrepreneur Awards have highlighted some outstanding individuals and companies who have gone on to become household names. Previous winners include the founders of Grenade, Tangle Teezer, the LAD Bible, Clearscore and the Cambridge Satchel Company.

Francesca James, founder of the Great British Entrepreneur Awards, said: “We have seen some incredible finalists over the years, and this year is no exception. It really is one of the strongest shortlists we’ve ever had, and the fact that so many exceptional people have applied during such a tough year is a testament to the resolve and entrepreneurial talent that exists across the UK. We received a record 4,800 entries this year across our eight regions, so it has never been tougher to make it to the shortlist.”

Paul Jones, Goodstart Jones founder and current managing director, said he entered the competition to celebrate remaining in business after the struggles of the pandemic, and to highlight the fantastic job of his team.

Paul said: “Despite trading for years, the pandemic provided a unique challenge that really stretched us as designers to keep reinventing and updating the Goodstart Jones products. Furthermore it gave us time and a slower pace to develop remote working operation that built a closer connection with both business clients and customers. We just had to trust that we were capable of achieving greater success together.

A spokesman for title sponsor Starling Bank said: “At Starling, we’re proud to be working with the Great British Entrepreneur Awards and help champion the individuals who will lead the charge and shape our future economy as the nation looks to build back better and stronger.”

Paul added: “As a small business that manufactures various carry products in Wolverhampton, I believe to win the Made in the UK Award for the Midlands would not only put a spotlight on our business and achievements, but also the city’s many creative businesses and individuals. There are a number of people doing some amazing things in the region and we are proud to stand with them and fly the flag for British manufacturing. Small businesses with big dreams.”

The results for the Great British Entrepreneur Awards will be announced in September during a (hopefully) live awards ceremony.