Winning students prove they have a head for business 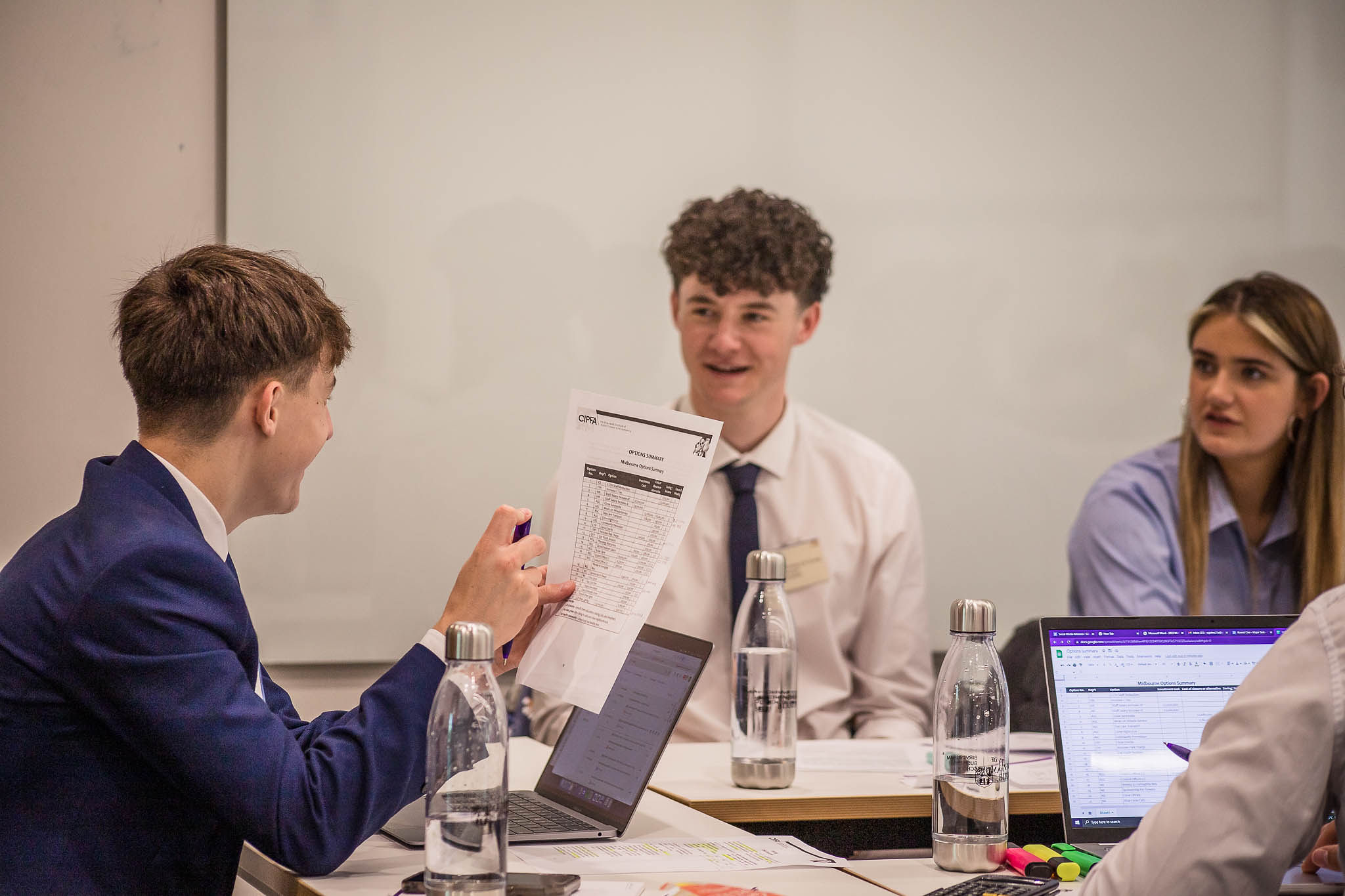 Sixth-formers at Alcester Grammar School in Warwickshire proved they had a head for business after winning a competition hosted by the University of Birmingham.

A team of seven Year 12 business students beat off stiff competition from four other Midlands schools at the annual event, organised by the Chartered Institute of Public Finance and Accounting.

Assessors asked the teams to make recommendations based on common issues and financial data faced by the public sector, including employment, environmental issues and social care, delivering a report and a presentation as well as responding quickly to the potential fallout from their decisions.

Suzanna Campbell, teacher of business and economics, said: “Throughout the day while they were preparing their final presentation they were given several interruptions and scenarios to deal with i.e. a role-play scenario where the students had to address the concerns of a trade union representative, and another where they had to record a motivational speech to the councils’ workers who had worked through the pandemic. The students prioritised tasks, delegated roles and responsibilities and all under time pressure conditions.

“This is the first time AGS has entered the competition and we are delighted to have won. I am immensely proud of how the students conducted themselves throughout the day. They demonstrated a high level of team work, resilience and independence and professionalism and maturity beyond their years – true dedication to the task and a real determination to win.”

Louis Mc Carthy was also named Key Contributor for the Alcester team, which beat John Taylor High School in Burton; Our Lady of the Magnificat School in Redditch and Bishop Walsh Catholic and Hagley Catholic High Schools, in Birmingham.

It marks a post-pandemic return for the live event which, over 15 years, has seen some 300 teams from 100 sixth forms compete.

Rachel Thorpe, principal, said: “ Alcester Grammar School is proud to offer a broad curriculum that goes well beyond the confines of the classroom. We are also committed to supporting students to become independent and resilient learners with a true understanding of real-world contexts.

“The students in Year 12 were able to draw on both excellent subject knowledge and their broader learning skills to achieve considerable collaborative success. All at AGS are very proud of what they have achieved. We are very grateful to CIPFA for the opportunity.”

A spokesperson for CIPFA said: “That’s 2,100 sixth form students we have been able to provide with a taste of financial management in the public sector, together with the pressures (and joys) that inevitably brings.

“The CIPFA management game is designed to give you a small insight into the type of decisions, as well as day to day operational issues faced by local government.

“The aim is for participating students to develop their own skills and their ability to work in teams through the games. Others, we know, have uncovered fresh career opportunities as they have learnt more about themselves, how they work, what makes them tick and where their real interests lie.”