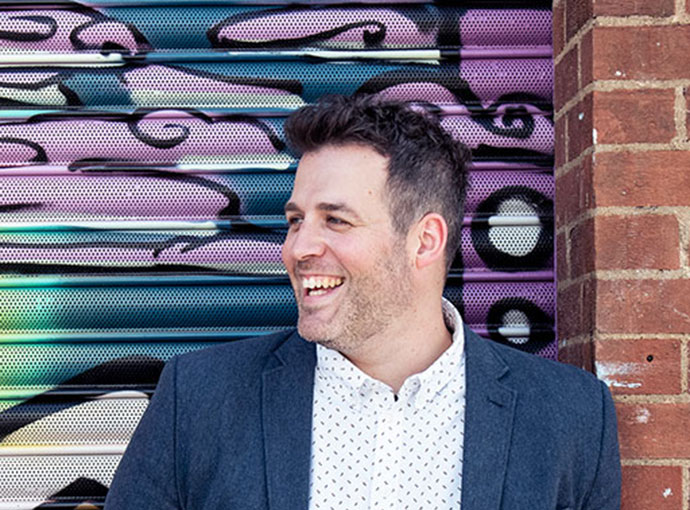 My first question to Dave was the obvious one. What’s it been like to run a what’s on listings business when there’s been, well… nowt on for the best part of 18 months?

Pretty difficult, is the obvious answer. In January 2020, Dave had only just launched the new website platform that was part of his plan to build on his success in Hull and expand the What’s On Hub to cities around the country. He’d spent the previous 18 months working on it, only to have his dream “shattered” two months later, as he puts it.

Like many business owners last year, he had to rapidly rethink his offering, which meant tapping into the virtual events boom, as well as home entertainment listings – but there were already some big players in that market, such as Radio Times.

When things started to open up in August and September 2020, there was some respite, which was, of course, to prove short-lived. “A few advertisers started coming back,” says Dave, “and I remember doing a campaign for an exhibition in Beverley Art Gallery, and literally during that campaign they had to close because the tier system came in.”

Dave was able to access grant funding, but this wasn’t initially straightforward. Money was available for companies and organisations in the leisure and entertainment industry, but Hull What’s On is a publishing and media company – and this highlights the huge knock-on impact of the events shutdown. It’s not just the event organisers and participants who suffer, but also those in the supply chain. According to a report for Arts Council England by the Centre for Economics and Business Research, for every £1 of turnover directly generated by the arts and culture industry, an additional £1.23 is supported in the wider economy.

“I wasn’t automatically eligible for the funding,” says Dave, “but in my application I explained that, although I wasn’t in the industry, all my customers were, and they were all closed. Fortunately, Hull City Council were really good and they used their discretion, and I was able to access some support.”

Dave had secured some investment to be able to take the platform beyond Hull, but it became soaked up by just trying to survive as the months of the pandemic wore on. It forced him to re-evaluate. “I had numerous chats with my wife – we were indoors all the time! – and she asked me, what did I really want to do? And I said, I think I want to come back to concentrating on this area – Hull and East Yorkshire – because I’m really passionate about it.”

Originally from Manchester, Dave is one of a long, long line of people who’ve come to the city, fallen in love with it and stayed. And he just didn’t understand the bad reputation that it seemed to have when he first came in 2003 after meeting his future wife, Laura. That was the same year that Hull was named the UK’s “crappest town”, and a couple of years later the egregious Kirstie Allsopp and Phil Spencer stuck the boot in too, in The Best and Worst Places to Live in the UK.

“I’m from Middleton, north of Manchester, which is surrounded by towns like Rochdale, Bury and Oldham,” says Dave. “When I came to Hull, I didn’t think it was any worse than anything I’d seen – it just looked like a normal northern town. It had its good and bad areas, like they all do. I just didn’t get the bad rep, and I always found the people, like in most northern cities, to be friendly, down to earth, and open to helping you.”

The only difference was that, unlike Manchester, Hull was a ghost town after 5pm. Back in the mid-2000s Dave worked as a web and marketing manager in the city, and when he left work, all the shops would be shut, and he expected tumbleweed to drift past at any moment. There wasn’t much in the way of cinemas, and even then, the more ‘highbrow’ films would usually not reach Hull. But within a few years, things were starting to change. In 2007, the St Stephens shopping centre development transformed the surrounding Ferensway area, including the dilapidated bus station and the eyesore office block that, for decades, was inexplicably allowed to obscure the Victorian railway station frontage. At the same time, café culture exploded down the Avenues. Dave ended up abandoning his original plan to head back west and study graphic design in Salford, and instead worked towards a diploma after moving to become marketing manager at The One Point.

Like Dave, The One Point’s founder, Martin Lauer, was also an outsider who’d made the city his home. “I remember Martin saying to me, you can be someone in Hull – because it’s that kind of size, and it’s also somewhere where they love local independents.”

Hull has a long tradition of independence going back to the establishment of its own telephone exchange in 1902, and Dave notes that it’s not the sort of place that waits around to be monopolised by national firms – it’s where entrepreneurs create their own solutions. He cites the example of Uber. “Everyone was saying, they’re getting everywhere right now – when are they going to come to Hull? But the Drive taxi firm, which bought out other firms in the city and invested in the app technology, has effectively become the Uber of Hull, which is great. That wouldn’t have happened somewhere like Manchester, because Uber would have been in there straight away.”

It was this climate of independence and optimism that spurred Dave on into starting his Hull What’s On business in 2014. This was shortly after Hull had been announced as the 2017 City of Culture, but that was only partly the motivation, Dave says. At the time he was on an FEO (For Entrepreneurs Only) course, and one of the speakers was the leading consultant – and BW columnist – David Hall. He said that business was all about finding a problem, solving it and selling it.

Dave’s ‘problem’ was that, as Hull became a more buzzing, eventful place, he would struggle to find reliable information about what was going on and where. “We had a rare Friday night with a babysitter, and I was visiting various online directories, and the council website, and I thought, I don’t understand this – people are saying there’s loads of music gigs and theatre, but why can’t I find them? It made me wonder if I’d like to do this myself. And then a trip to London, where there were directories such as Time Out, really got my creative juices going.”

His experience in web design and marketing gave him an instant advantage, and he spent two months building the site in his spare time. The initial plan was that his wife, who had recently been made redundant, could help run the site – but as soon as he launched it, she ended up finding a job. Dave ran the site for just over a year, alongside his main job, before deciding to take the plunge, quit his job (by now he was a marketing executive at KCOM) and go it alone with Hull What’s On. He put just £500 into starting up the business, and also benefited from the Government’s New Enterprise Allowance.

“I’ve always had this desire to start my own business,” says Dave. “It was an itch that needed scratching. I’ve never really felt daunted by it – just excited. As relatives who’d owned businesses told me, ‘Just do it – take a chance and don’t look back. The worst that could happen is it fails and you go back and get a job.’”

Dave certainly wasn’t the first who’d tried to create a definitive listings site for Hull, so how did he succeed where others failed? “I think it’s because they didn’t have anyone dedicated to doing it full time, or it’d be just part of an existing website. We make money from our advertising campaigns on the site, and it was a bit chicken-and-egg at the beginning as I had no real listings to encourage people to be part of it. I toyed with the idea of charging for listings, but that would have immediately put barriers in the way of creating a comprehensive, true guide to what’s going on.”

Dave had expected his advertising revenue to come from outside the events industry, but was surprised when arts companies began requesting additional exposure above their regular listings. “It confirmed I had a model that worked – a guide where anyone can promote their events, but if you want to pay to get a higher reach, you can do. And it took off from there.”

The post-Covid landscape (barring any further setbacks) is like a new beginning for Dave, and Hull What’s On has morphed into a one-stop news and culture site. Events are still his “bread and butter”, but since the turn of the year, he has expanded to cover local news and has plans to bring in a sports and business reporter. As the market leader descends ever further into barrel-scraping clickbait, Dave clearly feels there is space to grow in this area. He will soon have his editor, Jack, returning on a part-time basis and he is also taking advantage of the Government’s Kickstart scheme to bring in an account manager and local entertainment reporter.

“With the pandemic forcing this big reset, I feel like I’m starting the business all over again, but this time with a few years’ experience behind me,” he says. “I feel like there’s a great opportunity now to go forward and make this a big success.”

Dave’s plan to branch out into other cities isn’t dead, but he’s going about it a different way. He wants to prove his new, expanded business model for the next 12 months first, and then look at running a franchise model where people like him run the platform in their own cities. And, rather than targeting the huge places such as Leeds and Manchester, which already have a good events listings infrastructure, he’s looking to launch the platform in smaller towns and cities like Hull. “One of the next places we go might be the Teesside area, which is similar to Hull in that it’s totally underestimated, and has had quite a bad reputation from outside, but the people who live there love it and there’s loads going on. But it’d have to be someone who lives and breathes Teesside, like I live and breathe Hull.”

Dave hopes, as do we all, that there will be no more devastating shutdowns. Then his only challenge will be to find more ‘Daves’ in cities up and down the country…