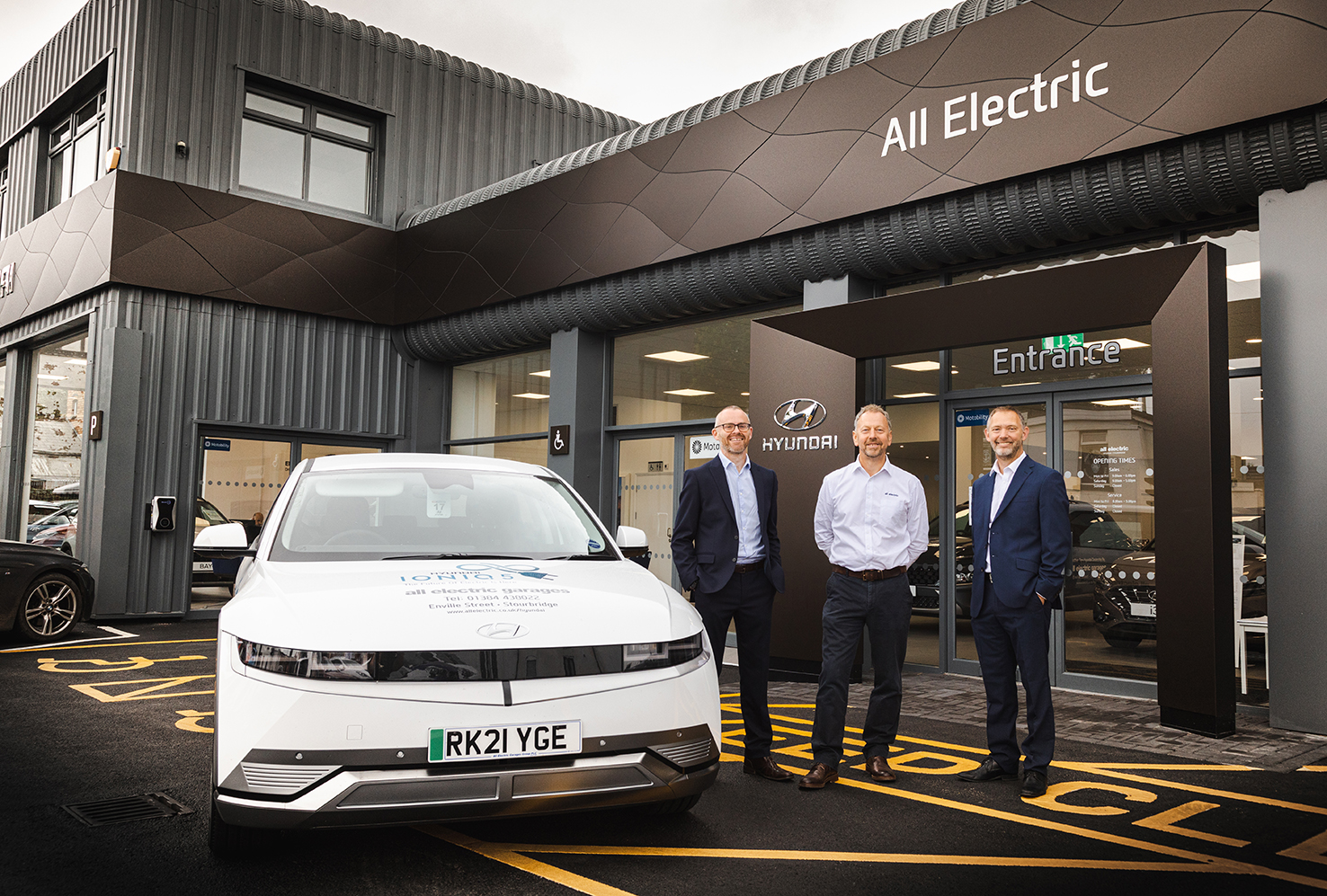 All Electric Garages will create up to 15 jobs after opening its second Hyundai dealership in the West Midlands.

In a deal sealed by Thursfields Solicitors and Fisher German property consultants, the new base in Enville Street, Stourbridge, joins All Electric’s Kidderminster site in providing showrooms, workshops and car preparation areas for new and used Hyundai cars to the whole region.

The Stourbridge dealership opened in the last week of July with six new hires, and it is hoped this could grow to as many as 15 staff as the business continues to expand over the next two years.

Jason Pickerill, managing director of All Electric Garages, explained they had been involved with Hyundai since 1996, developing an expertise that gave them “a clear advantage” over online competitors.

He said: “We’re really impressed with Hyundai technology for both electric and hybrid vehicles and felt this was the right time to invest.

“Despite the pandemic, we’ve done extremely well from our Kidderminster base, and wanted to serve a bigger area like Stourbridge which has a lot more chimney pots.

“There’s a growing amount of car shopping online and lockdown saw us make major developments to our website which helped us sell 600-plus new and used cars digitally in the last year.

“But the model of having a compact, smart and clean showroom still works, as we’ve found people always want to come in for the hands-on experience of physical viewings and test drives.

“We initially considered opening a Hyundai showroom at our AEG Motorhomes base on Birmingham Street in Stourbridge, but with staycations booming that site’s more than busy enough in its own right, so we decided to keep locations separate.

“We came across Enville Street in December, signed leases in May and then spent the last few months refurbishing the property to our high standards.

“We have recruited an initial six new staff at this stage, but if things expand the way we plan then we see that growing to 12 to 15 staff over the next couple of years.”

Tony Gibb, commercial property director at Thursfields, said: “We are proud to have helped All Electric’s expansion into new premises in Stourbridge, especially as this has created extra jobs.

“This follows our assistance when they relocated their premises in Kidderminster back in 2018, and so this continued growth is a pleasure to be involved with.

“We enjoy working with All Electric as our businesses have the same approach to personal service, and we look forward to working with them again as they continue to expand.”

When All Electric initially came across the site at the end of last year, they involved property consultants Fisher German in negotiating a lease with the landowner.

Mike Price, head of commercial agency at Fisher German, who has had a long and close relationship with both All Electric and Thursfields, said: “We were delighted to help All Electric take this new property.

“Because of our local knowledge, we knew the landlords and have intimate knowledge of the market. Consequently, were able to negotiate a lease that suited all parties.

“This deal also benefited from the strong co-operation between us, All Electric and Thursfields, because all three of our businesses understand the importance of personal service.”

The new Hyundai car showroom is around 2,000 sq ft, based on a site of just over an acre, with enough room for 50 used cars, another five in a new vehicle showroom, plus a five-bay workshop.

Referring to the support they received, Mr Pickerill added: “We’ve developed a great relationship with both Thursfields and Fisher German, and they have always impressed us.

“Tony Gibb has been a great help, breaking down the legal jargon into meaningful language that I understand, while Mike Price’s in-depth knowledge of property in the area is invaluable.