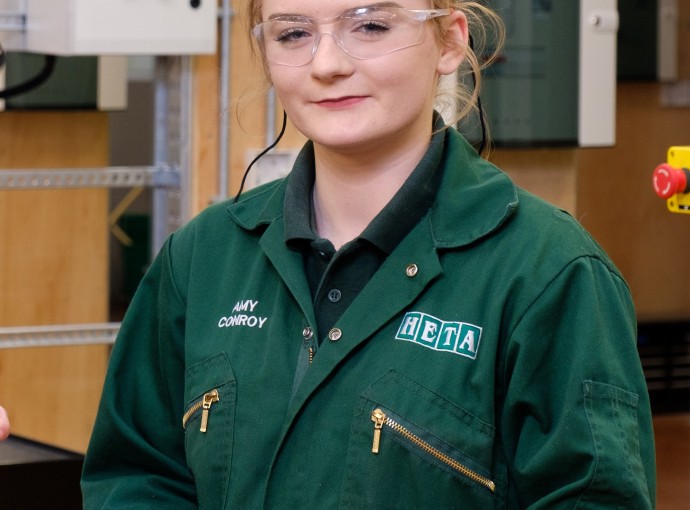 Four young people from Humberside Engineering Training Association (HETA) have already been selected by an international fishing company for jobs as marine engineering apprentices. Others are hopeful of securing places with trawler and tug operators, and more are being recruited by Hull Trinity House Academy to start their training in September.
The venture is aimed at offering careers in marine engineering to young people who in the past have had to leave the region to study and train at colleges elsewhere in the UK.
It is also intended to support an industry-wide drive to address the shortfall in Merchant Navy officers, where there is an average age of 60 and a search for the future generations.
Iain Elliott, chief executive of HETA, said: “Four of our learners from 17 who applied have been offered places with an international fishing company following a thorough selection process which resulted in seven being interviewed.
“The candidates who were unsuccessful this time may be considered for some other opportunities which we expect to emerge soon, and the partnership itself will give more young people a chance to become marine engineers without having to leave the Humber area.”
Nathan Goodman, vice-principal at Hull Trinity House Academy, said: “There was nothing in this area for young people who want to go into marine engineering. We have students who leave here at 16 to join the Merchant Navy and we wanted to make sure we can continue their maritime education locally.”
The government’s Maritime Growth Study published in 2015 identified training and apprenticeships as an area for development and reported a lack of awareness in the UK of the importance of the maritime sector to everyday living and of the career opportunities it represents.
The document also reported that some parts of the maritime sector highlight a growing shortage of skilled individuals, particularly when recruiting for areas such as engineering.
It said: “This was attributed to an ageing workforce, a lack of diversity in those considering maritime careers, UK personnel being drawn to more lucrative jobs and a lack of interest from young people in pursuing a career in maritime.
Mr Goodman said Hull Trinity House Academy has more than 600 students and admitted around 140 in September, with between 10 and 20 per cent expressing an interest in going into the maritime industry.
He added: “The maritime labour conventions mean companies are reluctant to employ someone under 18 for sea going roles. Our very best students do secure cadetships at age 16 but most young people progress to traditional sixth form and are possibly lost to the industry. We wanted to make sure there was a clear progression route in Hull for future seafarers.”
A new Nautical College that was opened by the Academy in 2017 offers post-16 courses covering Level 3 maths and advanced level maritime studies for the first year. In the second year, students can progress to further study at the College, a cadetship or an engineering apprenticeship through HETA. These routes ensure the students gain specific maritime training and are over 18 by the time they go to sea.
Mr Elliott said: “We haven’t provided marine engineering training courses before but we have a very good reputation for the courses we do offer and Hull Trinity House Academy excels on the nautical side.
“Between us we can offer more opportunities to students and to the local and international business community – particularly those operating in the hugely important maritime sector in and around the Humber.”
Amy Conroy followed in the footsteps of her brother, Jack, who attended HETA in 2014, and now wants to emulate her father, who has worked on ships and wind farms in the past.
She began her apprenticeship at HETA last September and travels from her home in Bridlington every day. From the outset her ambition was to become a commissioning and testing engineer with a big company such as Siemens and the availability of the new course has sharpened her focus.
She said: “I began to develop a passion for marine engineering from researching it and from talking to my dad about his career.
“At first I was a bit nervous being a female as I didn’t know how the company would react. But they’ve been really accommodating and there’s been nothing to worry about. Now I’m just excited and looking forward to seeing what life is like on the ship compared to working in a factory environment. It will be totally different but that’s what’s good about engineering; the variety widens.
“I feel really proud that I have secured this position as a female and it feels like I have accomplished something. If I had to give advice to other females looking for a career in engineering, I would tell them to not to listen to other’s opinions. If you want to do it, do it! Or at least try it, otherwise you’ll spend the rest of your life thinking about it.”