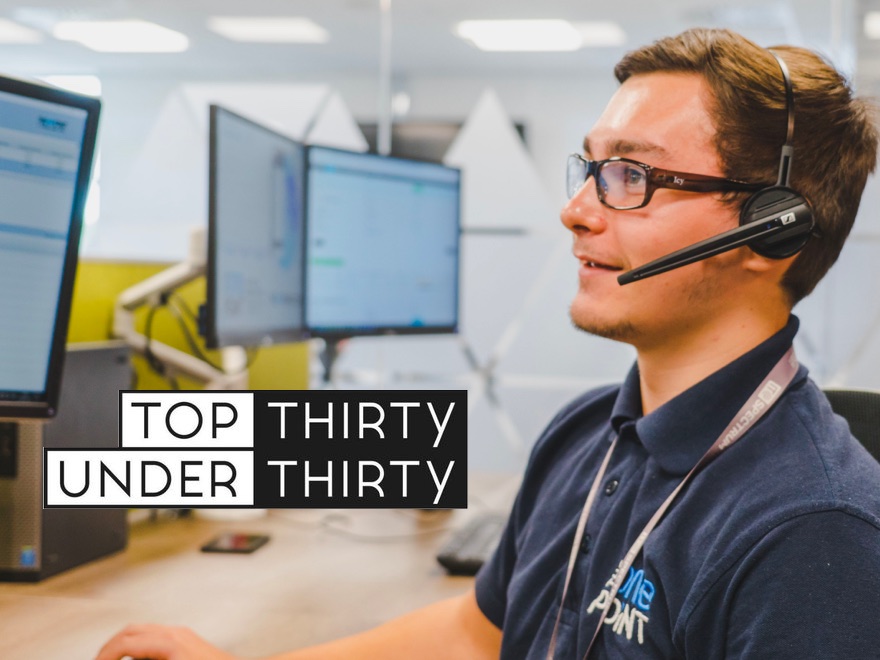 Lewis Cook, The One Point’s IT support manager, has been named as one of the winning nominees of the Hull and Humber Top 30 Under 30 awards.

The awards, which are now in their fourth year, allow businesses to highlight their top employees and nominate them as deserving to win a series of training sessions to help them develop in the future.

After a lengthy judging process with many strong applicants, 30 of the region’s most talented workers were selected to receive mentorship from industry leaders as part of a programme to help them progress further in their careers.

Lewis joined The One Point’s technical helpdesk in June 2016 as an apprentice. Lewis hit the ground running, always putting himself forward when opportunities arose; his enthusiasm and drive meant that Lewis quickly became a ‘go-to person’ within the technical team.

Lewis went on to manage the helpdesk function and is now The One Point’s project lead, overseeing the relationship between customer, account manager and technical support at the point of project inception. It is another promotion he has grasped with both hands and made his own.

The One Point says Lewis is a true ambassador of what the company stands for. His feedback is always that he consistently goes above and beyond, and they are proud to recognise him.

Recognition for Lewis’s valuable leadership began when he won The One Point’s first Values Ambassador award for his demonstration of the firm’s core values: helpful, responsive and trusted.

The Top 30 Under 30 award comes with an invitation to celebrate at a champagne reception. Lewis will then be involved in a 12-month programme of mentorship from business leaders from East Yorkshire.

Lewis joins Nathan Greenfield, The One Point’s sales manager, who achieved the Top 30 Under 30 accolade before his progression to becoming a sales director in 2019.

One thing is for sure, there is a bright future ahead for named winners, and all at The One Point are incredibly proud to now count Lewis among these rising stars.