The One Point celebrates its 15th birthday 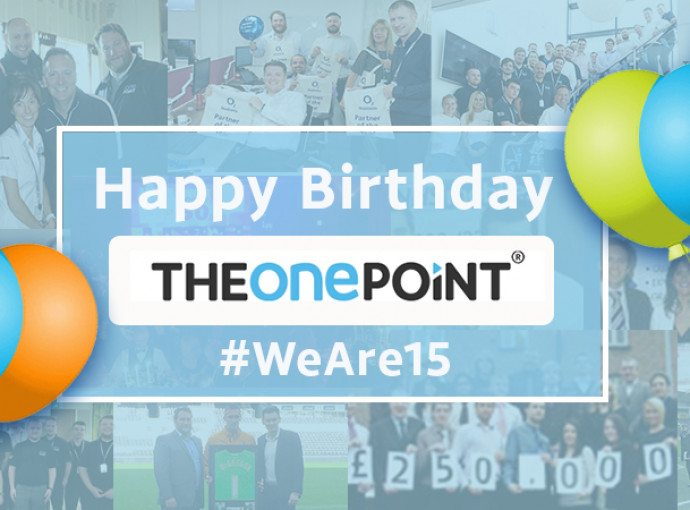 In 2003, The One Point journey began. Managing director Martin Lauer sold his first mobile phone – a Motorola A835.

Two years later, on May 12, 2005, the company became The Mobile Point as a limited entity, and later rebranded in 2012/2013 as The One Point we know today. This rebrand was vital in better describing the firm as the Single Point of Contact for Managed Technology that it is today.

All at the company agree that it’s been an amazing journey so far, shared with a fantastic team of high achievers – both in work and in their own lives, and, looking back, the staff are very proud of their accomplishments over the past 15 years.
Marketing executive Ruby Keable said: “We have received recognition with our list of awards and accreditations for the work we have done. We have made a positive impact on the community with the establishment of The One Point Foundation.
“We have helped many businesses, charities and public sector organisations embrace technology and achieve their goals for digital transformation.
“We have also stopped to celebrate as a team and make great memories.
“And it’s a journey that wouldn’t have quite been the same without the fantastic customers and partners we have met along the way.”
Happy 15th birthday to The One Point!