The making of Monro: exclusive art exhibition launches in Birmingham 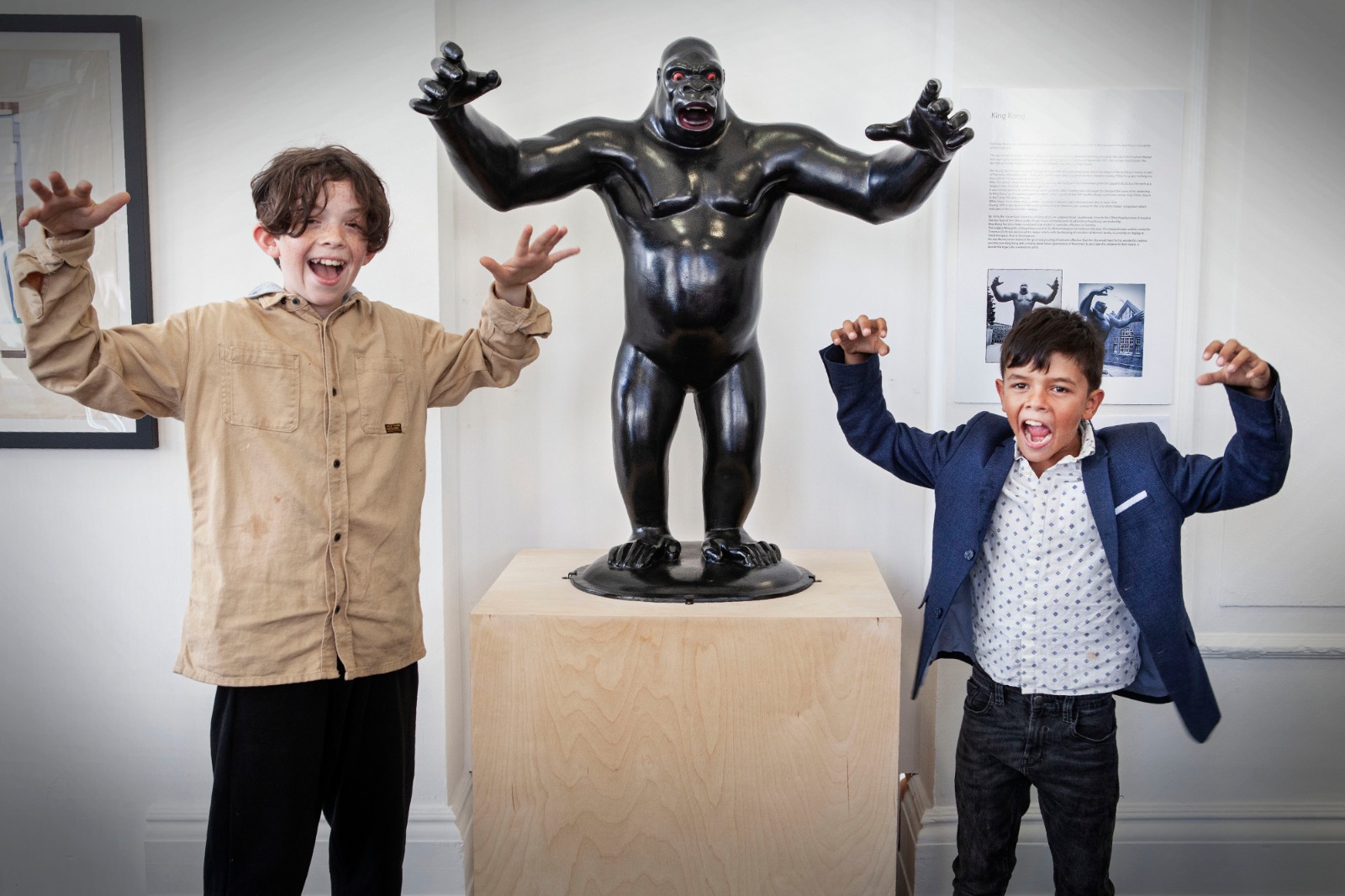 The exclusive exhibition displays a variety of never-seen prints and maquettes by Monro – the sculptor of Birmingham’s famous King Kong statue.

The artwork on display was produced by the artist between 1970 and 1979 – and includes print Forest Fire and maquette Ladies of the World, a project developed for Unilever. Some of Monro’s work is currently being exhibited at Tate Britain by appointment only.

The brand-new exhibition is located in a pop-up gallery space in the old Lloyds Banking Hall on 22a Great Hampton Street, below Cordia Blackswan’s head office.

In July, Cordia Blackswan opened King Kong Park, where a 7m identical replica of Monro’s original King Kong sculpture can be found following a 50-year absence in the city. Heralded by the developer, the new King Kong was created by RoboCarv from a maquette of the original statue, loaned from Wolverhampton Art Gallery to bring the famous ape to life.

Monro’s original King Kong statue was commissioned in 1972 for display in Manzoni Gardens in The Bull Ring by the Peter Stuyvesant Foundation for the Sculpture for Public Places Scheme City Sculpture, in partnership with the Arts Council of Great Britain.

Joe Monro, son of Nicholas Monro, said: “When the Cordia Blackswan team reached out to me and my family with the proposition of recreating King Kong, I was shocked – to say the least. My father is an incredible artist and sculptor, and while King Kong is considered one of his greatest creations, the gorilla is just one of many creative sculptures.

“The gallery is an opportunity to showcase his skilful work and what he stands for as a creative. When he received the brief for King Kong, he was asked to create something ‘city orientated’, to which he was set on sculpting something ‘city disorientated’.

“He has always wanted to challenge the ‘norm’, which naturally, is what makes him such a talented artist, and this exhibition only reinforces this further.”

Photographer, Bex Gaunt, who is involved in the exhibition added: “Nicholas Monro is an extremely significant pop artist and I, as a curator, was incredibly honoured to be asked to work on this exhibition. To have so many important Monro pieces together in one gallery – as well as the new 7m King Kong – is a coup for Birmingham, and a must-see for everyone.”

Alexa Woodward, design and strategy director at Cordia Blackswan, said: “Working so closely with Nicholas Monro’s family – Joe, Claude and Maude – over the last six months has been a career highlight for me, and I’m so happy we have the opportunity to give Monro’s art the recognition it so greatly deserves.”

Marcus Hawley, managing director at Cordia Blackswan, said: “We are so pleased to have returned a key piece of the city’s history – that will stand the test of time – in close collaboration with the Monro family. We look forward to continuing this partnership to launch this once-in-a-lifetime exclusive exhibition. Free to attend for all, the gallery will be a fantastic place for local families to visit during the summer of sport.”

The exhibition opened on July 26 and is set to run for two months, open Thursday – Saturday 11am to 4pm every week. It is free to attend for all.