The Life and Times of a Property Geek 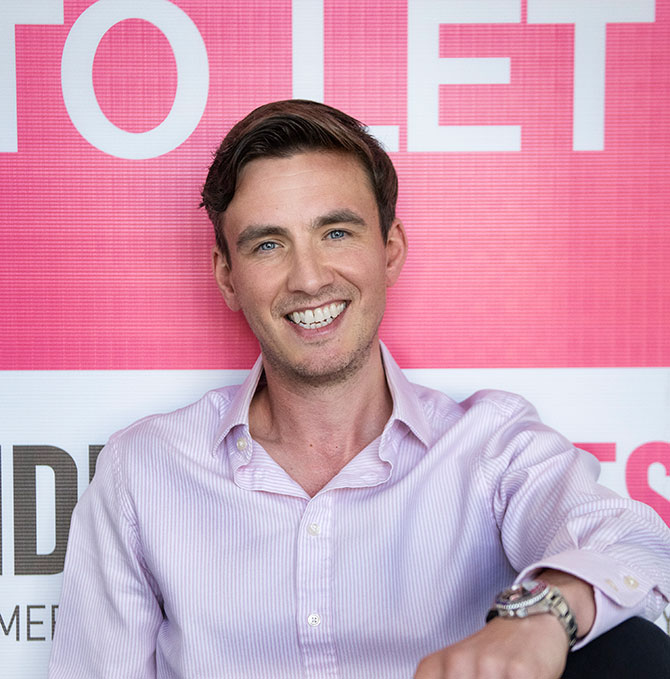 From his early teenage years, Edward Siddall-Jones was, in his own memorable words more than 20 years later, a “property geek.”

“I used to read the Sunday Times Rich List as a kid. I wrote to the Richardsons when I was 14 introducing a site to them. I have still got the letter. I have always been a property geek.”

While most schoolboys may still – even in a digital era where lives are often dominated by screens – dream of scoring for England at Wembley or hitting a century at Lord’s, the adolescent Siddall-Jones was harbouring ambitions of completing lucrative property deals.

“It was seeing people on the Rich List, there was that whole ‘an Englishman’s home is his castle’ thing. It is a safe and stable asset, and that is something which has always resonated with me.”

That universal truth about home ownership has paid clear dividends for Edward, who has successfully converted a boyhood enthusiasm into a burgeoning commercial property consultancy business with offices on the edge of Birmingham’s Jewellery Quarter and separate accommodation in Dudley.

Ed may have started his consultancy as a classic one-man band operation – “It was just me and my pot plant” – but a cursory look at the company website reveals that Siddall Jones has grown over less than a decade into a sales, lettings and management force to be reckoned with in the West Midlands property world.

There’s news stories about the £1.25 million sale of a hotel near Tamworth once used as accommodation for Aston Villa triallists and now being converted into sheltered care housing, and a deal brokered by Siddall Jones to relocate a Halesowen creative agency into 1,000 square feet offices in the former home of St Paul’s Pen Works in Birmingham’s Jewellery Quarter, where the world’s finest quality pen nibs were once manufactured.

There’s also press announcements detailing the letting of two floors of The Atrium, one of the Jewellery Quarter’s most striking buildings, to a recruitment company, doubling its workforce, and an expanding law firm buying prime premises in the same area in a deal masterminded by Siddall Jones. The precocious teenager who once pored over the Sunday Times is clearly making waves across the West Midlands’ highly competitive property sector…

Still only 37, Ed is a classic case of an individual who knew exactly what he wanted from an early age – and set out to achieve his aims with little apparent pause for much self-doubt along the way. “I have always been a confident person, I have always been driven. If you can close a deal, it is almost like a drug, it’s great. At the age of 21, I was doing £1 million deals.”

After leaving school in Hagley, Ed graduated from the University of the West of England in Bristol with a BSc (Hons) Property Degree. “I was fascinated with property development but at the age of 21 you can’t go into it without any money. I finished on the Friday as a student and started at Nattrass Giles commercial agents in Birmingham on the Monday.

“I did quite a few big land deals for the company. It all fell into place, we were a small outfit and I was thrown in at the deep end, it was sink or swim. I joined the company as a graduate surveyor in 2005 – I loved it, there is a real buzz in an agency and there’s that thrill of doing the deal.”

Ed learnt the ropes of property deal-making from partner Rick Adams, who tragically lost his life in a car accident. “When I joined, I worked under Rick – he was a partner, very energetic who was always closing the deal. We were doing a lot of industrial lettings, industrial sales, land sales.

“At the age of 23, I was made a partner, and bought the company with another partner in 2007. It was not really a gamble because we knew the business.”

But just a year or so after buying the company, the 2008 credit crunch and the banking bailout which followed threw a spanner in the works for Ed and his co-partner. “The 2008 crisis hit us. The banks shut up shop and were not lending money, people were not buying property, valuation work dried up.

“There were eight members of staff and we had to reduce numbers by half – we cut our cloth accordingly.”

Ed was learning the realities of the business and property world as he went along, and in 2012 took the momentous decision to go it alone following what he describes as a “breakdown in communications” with his partner. It was a huge turning point in the career path of Edward Siddall- Jones…

“I left on June 18 and on June 19 the new company was up and trading. I was based at the Big Peg in the Jewellery Quarter. I didn’t have a huge amount of capital – I invested money in a website. It was a gamble but I was confident of making a go of it.

“Without being big-headed I think I timed it well. In hindsight it was probably a good time to launch. It was both work but also enjoyable. You were getting out what you were putting in.

“Property is a very competitive, quite ruthless sector. We would look at anything, from little industrial units to much larger units to let, we would sell land for residential. I was the managing director, the receptionist, the tea-maker, a jack of all trades.”

The multi-tasking paid off and by 2014-15 Siddall Jones had been named the most active deal-maker in the West Midlands by the property sector bible, Estates Gazette. Ed was on an increasingly upward curve…

“You are always learning, always meeting new people. It’s a hobby as much as a professional job. On a Saturday morning I am happy to sit down and read Estates Gazette and Property Week.”

In December 2015 Siddall Jones bought new premises for £150,000 off the A4540 ring road on the fringes of the Jewellery Quarter and followed that 18 months ago by renting new offices in Dudley town centre with a view to expanding into the Black Country.

“The Black Country is an area with great potential. The people are very easy to deal with, very trustworthy. If you shake hands with them, the deal is done. The area has got a number of operators who seem to have a handle on the market and I thought it was a good time to shake that up, as a young forward-thinking practice.

“We are a young company, we are energetic, we are forward-thinking in our approach. We are looking to grow in the Black Country and Worcestershire.”

In line with Siddall Jones’ own ambitions, Ed foresees a new era of prosperity for the area with the extension of the Midland Metro tram link to Dudley – and warns the new Clean Air Zone regime in Birmingham city centre could play into the Black Country’s hands.

“As the tram goes out to Dudley the Black Country will start catching up with Birmingham. With the Clean Air Zone you are killing a city centre that is already struggling.