The Career Path of a Property Professional 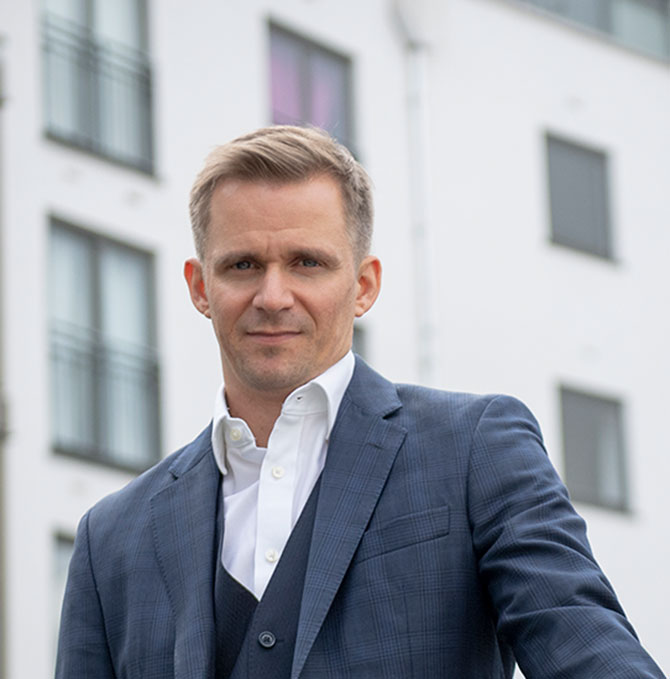 “I wanted to be a professional footballer. I was good enough to be signed by West Brom when I was 11,” says the Redditch-born managing director of Birmingham-based Davidson Estates.

“I had played from the age of four. I was centre midfield, playing for my school, the county and for West Brom. At one stage I was playing five or six nights a week. I was with Albion for four years from 10 to 14.

“But I was small at 14 years old, when it was all about players the size of Tony Adams. People were being selected because they were big… I was just getting pushed off the ball and being put on the bench because of it. If I had gone through the system today, I think I would have made it: I was the best player (in my team) for a long time.”

Football can be a harsh business, as Ben’s experience shows. But then again, so can the property sector – and there’s no sign that Ben is going to see his burgeoning estate agency business sidelined by the big boys any time soon. Football’s loss seems to have been the property world’s gain – but there’s been plenty of blood, sweat and tears along the way for Ben.

“I went to college to study music. It was music theory, an all-round education. I got quite heavily into music: Jeff Buckley is my main inspiration. I had played the drums too since I was 12 and am a qualified drum instructor.

“I had studied music practice at the University of Lancaster for three years, I wanted to be an artist and repertoire music scout and I was on the road to doing that. Then my mum died of a brain tumour – it was terrible, she was my rock.”

Ben admits, understandably, that the tragic death of his mother Julia in 2006 proved a pivotal point in his life – and played a key part in his subsequent determination to make a name for himself in the cutthroat world of West Midlands property.

“It’s the reason I am here,” he says, sitting in his Brindley Place office in Birmingham city centre. “I got through the whole thing. Nothing much fazes you any more, not a lot can be worse than that. My skin has thickened somewhat, shall we say…”

Returning to the dark days of 2006, Ben, now 39, recalls: “Everything was put on hold. My plan was to go to London to become an A and R guy. I knocked it on the head and came home. I had a few menial jobs for two or three years, working at HMV and others.

“My dad met me for lunch when I was at HMV in early 2008 and said, ‘you need to sort your life out, you need to get into property.’ He had started to get into land-finding himself on a freelance basis, sourcing derelict pubs, bits of land and the like.

“He had always been interested in property but had never taken the plunge. With four kids and a high-pressure IT Management role, he never found the time. After what happened to my mom, he went on to do things he had always wanted to do, much like a bucket list. It was very brave and I love him for that. Property was on the list and so he pushed me into it as well.”

Ben’s early years in property including dabbling in the 100 per cent mortgage sector before launching his own lettings operation from his bedroom in Redditch. It proved a critical turning point in the life of the man who could have been thrilling the crowds at the Hawthorns as a midfield playmaker by then, had his football career lived up to its potential.

“It was 2008 and I was 26 with a £4,000 family loan which covered the marketing, computer equipment, a printer, setting up a website… everything I needed to see if it would go anywhere.

“It was purely lettings to start with and I was really successful. Out of 20 estate agents in Redditch only three were doing lettings. But it got too competitive for me – suddenly everybody was doing lettings as a result of the 2008 recession, and I had an opportunity to go to Edgbaston, where I got a ground-floor unit.”

In June 2012 Ben had taken the plunge to move base from his hometown of Redditch to test his estate agency credentials in the wider world of Birmingham. “I decided I would go to Birmingham, see what it was all about. I changed the name to Davidson Estates Limited, I became VAT-registered, and I employed more staff. It was a really good move – we tripled turnover instantly.

“We were letting five a month in Redditch. We moved to Edgbaston and we were letting around fifteen a month straight away. Ten years on and we are doing a lot more than fifteen per month. I didn’t really know where I was going before that… I had fallen on my feet a little bit. We were on Calthorpe Road, it was a good location for the office.”

Ever on the lookout for new opportunities, Ben targeted influential Edgbaston landowner Calthorpe Estates as a potential client. Not for the first time, his persistence paid off, in due course…

“I spent five years trying to get the Calthorpe Estates account. They said my company was too small (shades of West Bromwich Albion), so I had to wait five years. They are a big client, I have had them for four years now and have done some big stuff with them. We are now a trusted agency in the area.

“They took us on first as a lettings agency and then it went on to sales. It has gone from strength to strength: we understand them, they are a big client for us.”

The rise and rise of Davidson Estates was underlined further with the opening of their city centre branch near Brindley Place in August 2020, augmenting its base in Edgbaston. The launch of their new branch coincided with a remarkably resurgent housing market, fuelled in no small part by the pandemic, according to Ben.

“There is such a good market out there, it’s the best I have seen. Houses are selling very well, it’s probably down to the psychology of COVID-19. The demand for outside space, more internal square footage and parking has never been so high.

“People are fighting over houses at the moment. Anyone with savings for a rainy day is now spending it on where and how they live and work. To buy and live in an apartment now, with no outside space as an owner occupier, is rare. The pandemic, although undeniably horrific, has been great news for the house market, but a nightmare for apartment sales. However, the rental market with apartments is as buoyant as it has ever been. We are averaging thirty lets per calendar month.”

To illustrate his point, Ben cites the example of his firm’s recent successful sale of a modern mansion house with six bedrooms and five bathrooms in Richmond Hill Road, Edgbaston, for £1.2 million. “People still want big houses in Edgbaston. If you get instructed, or market a house, it is going to sell. We are averaging eight to twelve sales a month, and the majority are now houses.

“The cladding issues within many developments in Birmingham city centre has not helped the re-sale apartment market as lenders will not issue mortgages on any B2 rated developments. Once the cladding issues have been resolved, I’m confident this market will resume to its normal buoyancy.”

Regardless of the continuing demand for snapping up properties in sought after locations such as Edgbaston, Ben has some pertinent views on the rental market – and the societal implications for Generation Rent in an era of spiralling house prices and affordability issues for many would-be younger buyers.

“The city wants the younger generation to rent, stay in the city and spend their money in the city. They want build-to-rent developments because it means developers are going to stay, and all occupiers will be working in the immediate area: it is about keeping people in the city. Generation Rent is going to be around for generations to come. In any case, many people can’t afford to buy.”

In line with that national trend towards renting rather than ownership, Ben sees sales as the ‘icing on the cake’ for his company, with the growth of Davidson Estates geared towards property management.

“Sales is a huge aspect of our business; however, it is a very unpredictable business. People pull out all the time. The withdrawal rate in the UK is 35 per cent at the moment. It is difficult to monetise that kind of business. The real growth of the company is in our managed properties – my next goal is to have 1,000 managed properties in the next five years.”

Ben is justifiably proud of the progress of Davidson Estates over the last decade or so – and namechecks long-serving members of his team who have played key roles in helping build the business in a highly competitive sector.

Time is in fairly short supply at present for the estate agency boss, who lives in Edgbaston with his partner and two young children.

“It can swallow you up. I work 14-hour days. You are getting 200 emails a day, it can be a very admin-based business. The bigger you get, the more admin there is, you are fighting fires a lot of the time in this business too.

“It’s hard work and you have to put the hours in. But I love the business, I love sales, I love property. This industry does work for me, property is what I know. I am proud of all this, it has come from nothing to where we are today.”