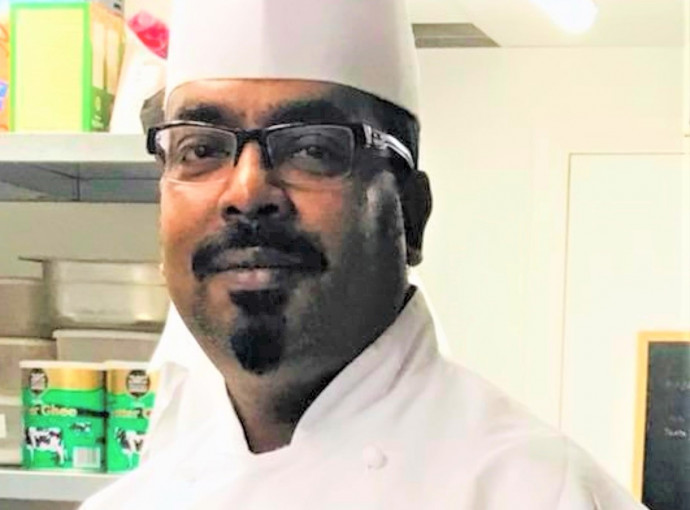 Management at Tapasya @ Marina in Hull are awaiting the official cause of death of Lawrance D’Cruze, who had appeared to be recovering from a sore throat and fever before he was found dead at the home he shared with two colleagues.
Mukesh Tirkoti, director of the restaurant, said they had now set up an online appeal to raise money for Lawrance’s family in Kolkata, India.
Mukesh said: “This came as a terrible shock to us and it is an enormous loss for his family in India. Lawrance was the main breadwinner for his wife Joshprina and their daughter Christina, who was only 13. He also supported the family of his brother, who is blind.”
Lawrance, who was 47, made his last visit to see his family earlier this year, returning to the UK from India at the end of February. He resumed his work at the restaurant until it was closed on March 19 as part of the lockdown.
He was found by a colleague in his room at their house in Grammar School Yard, Hull, at about 9.30am on April 22.
Mukesh said: “Lawrance had been complaining of a sore throat and fever for a couple of days but he seemed to be recovering. He texted his wife at about midnight to say the fever had gone but the doctors think he died just a few hours later.
“Because of his symptoms we suspect Covid-19 was the cause of his death but we are still waiting for confirmation. We are now making arrangements for his body to be sent back to India and we have launched an appeal online to help to raise money for that and for his family.
“Lawrance was an excellent chef and a really nice guy who was very popular with customers and always welcomed them with a smile. We will all miss him so much and we hope people will support us in trying to help his family.”
Lawrance worked in London before moving to Hull in 2015 to work at Tapasya in Beverley Road. He moved to the new Tapasya @ Marina the following year and helped the restaurant to make its mark as one of the best in Yorkshire.
Tapasya @ Marina won the restaurant category last year in the Remarkable East Yorkshire Tourism Awards (REYTAs) and is again a finalist for this year’s awards, with a virtual ceremony planned for May 6.
The restaurant also achieved national recognition in 2019 with a place in the Michelin Guide for 2020 as the only venue in Hull to earn a Michelin Plate listing – and one of only two Indian restaurants in the whole of Yorkshire.
To support the appeal in aid of Lawrance’s family please visit gofundme.com/f/sudden-death-of-popular-chef