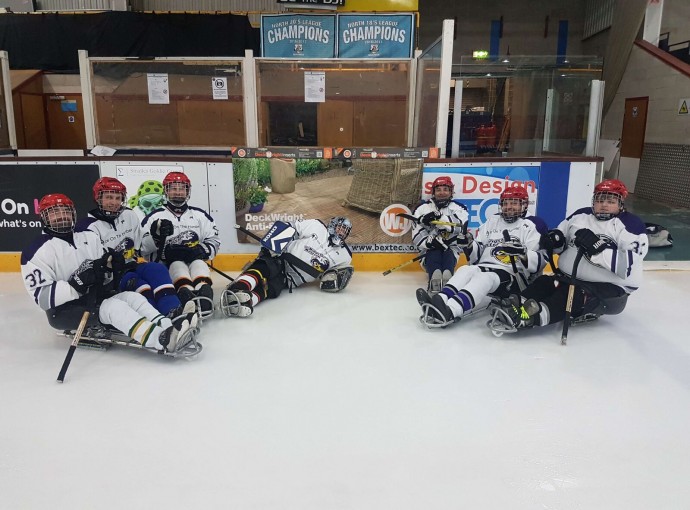 Timber and metal components business WJ Group is supporting Hull’s para ice hockey team, Kingston Kestrels.
The business has donated a number of kits to the side, who play their home games at the city’s ice arena.
WJ Group has also provided some of the company’s own bespoke-brewed beer – DeckAde – to be offered as a prize in one of the team’s fundraising raffle.
Para ice hockey, known as Ice Sledge Hockey until 2016, is a fast-paced game played on sledges, entirely accessible for athletes with a physical impairment in their lower body.
The game is a modified version of the rules followed by the International Ice Hockey Federation. Instead of skates, players use double-blade sledges that allow the puck to pass beneath.
Set up by managing director Mark Eggleston in 2007, WJ is a key supplier to East Yorkshire’s caravan industry and the creator of anti-slip product, DeckWright.
Mr Eggleston said: “As a Hull-founded company, this collaboration is a great opportunity for us to support a group who are making a positive difference in our area.
“Kingston Kestrels are a fantastic team and we are delighted to be working with them.”
Kingston Kestrels were established more than 20 years ago, before the sport became a major Paralympic game.
They were undefeated in last year’s season and become the 2017 League Champions. They will defend their title this year with their first home match of the season to be played on 12th May.
The club has also been shortlisted for this year’s Disability Sports Humber Awards Club of the Year