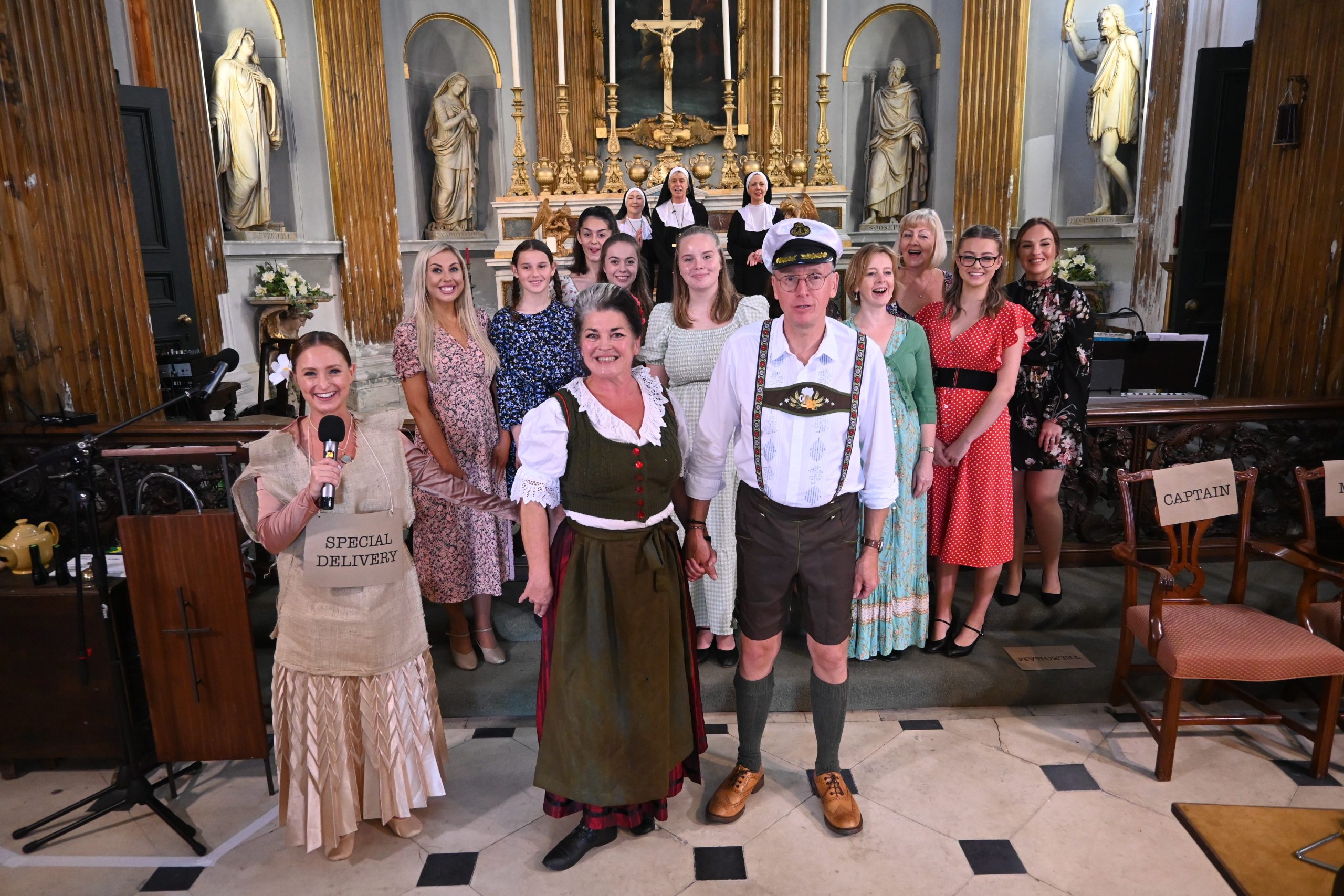 An international opera singer and an acclaimed East Yorkshire choir hit the high notes to help a leading charity bring in six grand going on seven grand by presenting songs from an all-time favourite musical in an exclusive setting.

Mezzo soprano Katie Marriott, who has returned to Beverley following a career singing across Europe, was joined by the Wedding Belles singers, some volunteer nuns and the host of the event at Everingham Park, near Pocklington.

They performed a selection of songs from the multiple Oscar-winning film in front of a sell-out audience of nearly 140 who also enjoyed an Alpine-themed supper all in support of the Daisy Appeal.

Katie sang the role of Maria and she was helped by Philip Guest to stand in for Captain Von Trapp. The Wedding Belles led by singing teacher Liz Carmichael played the role of the children and chorus, with Dorcas Leather providing accompaniment on the keyboard.

Hannah Smith-Levy, a local actor and trustee of all female theatre company She Productions,  was the narrator and Daisy Appeal trustee Karen Guest joined the charity’s fundraiser Claire Levy and volunteer Sarah Ritchie in dressing as nuns for the day.

Regional businesses Andrew Jackson Solicitors, Haines Watts and Handelsbanken sponsored the event and TC patisserie, Cerutti 2 and Roberts and Speight provided their products and services at cost. Minster Cycles, Guest and Philips jewellers and Cerutti 2 donated prizes for a raffle which itself raised more than £1,000.

Claire said: “We’re still totting up all the proceeds but we estimate the event brought in between £6,000 and £7,000 and we are grateful to our sponsors for helping to cover the costs and ensure the charity retains as much of that as possible.

“We also really appreciate the support of Katie, who has performed all over the world, and the Wedding Belles, who are very much in-demand for weddings and charity events with their repertoire of modern and traditional harmonies. Philip Guest was a fantastic Captain Von Trapp and his offer to let us use such an exclusive venue was a masterstroke.”

The Daisy Appeal has now raised £7.5 million towards its target of £8.5 million to complete a radiochemistry and cyclotron unit which will produce radioactive tracers at Castle Hill Hospital and provide the opportunity for patients to receive more personalised care leading to earlier diagnosis and giving them better treatment and quality of life.

Once the facility is fully functional patients from a wider geographical area will have access to its services, improving accuracy and detection rates for cancer, heart disease and dementia in Hull, East Yorkshire and North Lincolnshire.

To find out more about the Daisy Appeal please visit daisyappeal.org