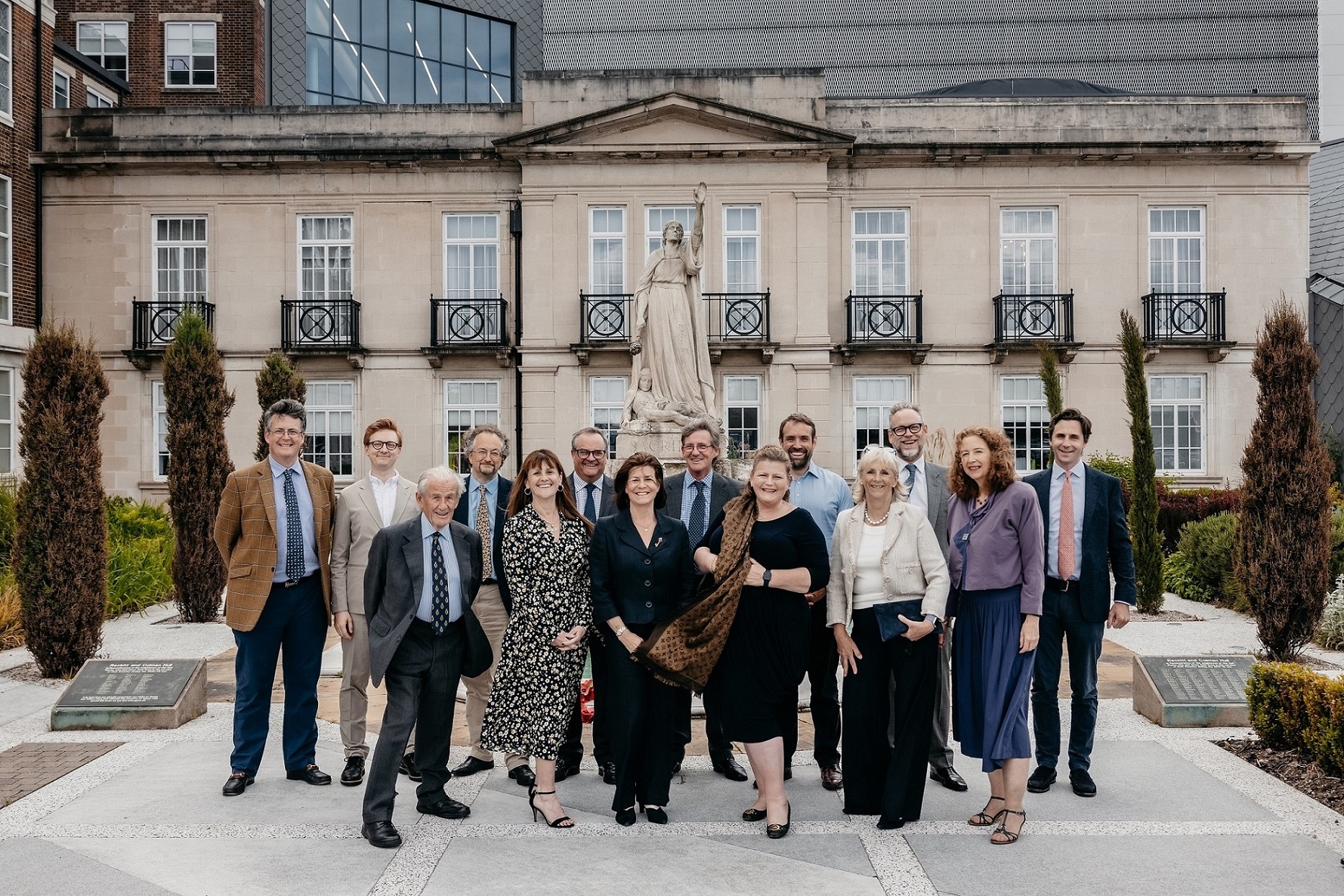 The historic Sir James Reckitt Charity has celebrated 100 years of supporting local good causes and Quaker charities with a significant fund to make a difference in Hull and East Yorkshire.

Founded by Hull industrialist Sir James Reckitt, using shares in Reckitt & Sons Ltd, the charity has over the past century donated more than £30m to individuals and organisations.

Those charitable donations are part of the huge local legacy created by Reckitt, which has grown from a humble starch mill founded in Hull in 1840 into a world-leading health, hygiene and nutrition business, employing more than 40,000 colleagues in over 60 countries across the globe.

The trustees celebrated this milestone with an event at Reckitt’s £105m Science & Innovation Centre in Hull. The celebration event was postponed by a year because of the pandemic.

Sir James Reckitt was the youngest son of Reckitt founder Isaac Reckitt and his wife Ann. Sir James joined the family starch business in Hull in 1845 as a junior clerk. In 1864, he and his brother Francis became sole partners of the Reckitt company and the business flourished under their leadership.

As a member of the Society of Friends, Sir James remained true to his Quaker beliefs throughout his life.

In establishing the Sir James Reckitt Charity in May 1921, just three years before his death, Sir James expressed a wish for the charity to support causes connected with the Society of Friends (Quakers) and those associated with the city of Hull and East Yorkshire.

A century on, that remains the core value of the charity.

Sarah Craven, chairman of the Sir James Reckitt Charity and great-great-granddaughter of Sir James, said: “For any charitable organisation to reach 100 years of supporting good causes is a fantastic achievement and we are incredibly proud of the impact the charity has had on so many worthwhile beneficiaries.

“To mark our centenary anniversary, we are thrilled to announce that we are setting up a centenary fund, which will be available for any charity we currently support to apply for.

“As we reach 100 years of giving, we like to think Sir James would be very proud of how the charity has evolved and of the business Reckitt has grown into today.”

Today, the charity comprises 13 descendants of the Reckitt family and two Quaker trustees. They are supported by two part-time administrators who review incoming grant applications.

In recent years, the charity has granted more than £1m each year for charitable causes.

Robin Upton has been a trustee of the Sir James Reckitt Charity since 1956, and is the great-grandson of Sir James Reckitt. He said: “Sir James and the charity carrying his name have had an enormous impact on Hull and his legacy is still very visible in the city today. I think he would also be proud of what Reckitt has become.

“The Sir James Reckitt Charity has evolved in many ways since it was founded back in 1921. But one thing has always remained – its commitment to support both the Quaker community and good causes across Hull and East Yorkshire.”

Sue Coupland, a trustee of Hull Sea Cadets, said: “We’re committed to keeping our subscription fees very low. The grant from the Sir James Reckitt Charity helps us to do this, which makes our education and training programmes accessible to families across the city.

“Our core belief is that no child goes without, so this generous funding is absolutely crucial.”

Other organisations which have been supported by the charity include Humbercare, Humber All Nations Alliance, Quaker Social Action and the Spring Bank Community Centre in Hull.

“We are immensely proud of our heritage in Hull and the way that our iconic global brands carry the Reckitt family legacy and purpose forwards.

“It seems only natural that a celebration such as this should be hosted on our Hull site where our story began back in 1840 and where we still research, develop and manufacture many of our products.”

The Sir James Reckitt Charity supports organisations and individuals in a variety of ways. Funding can be used to support hospitals, charities, health care, schools, nurseries, but this list is not exhaustive.