Shropshire engineers invest £500,000 into bringing the iDry to life 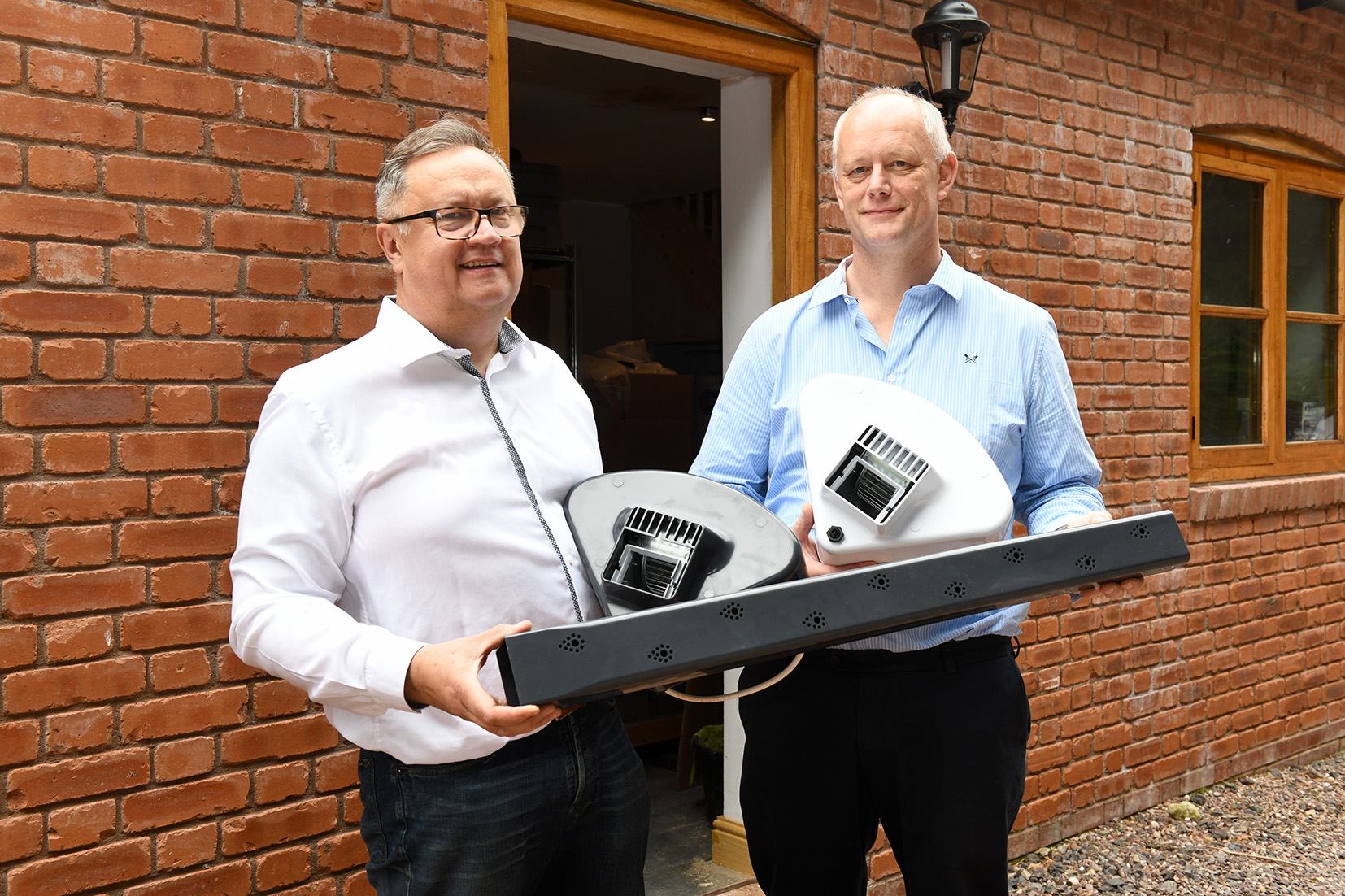 A team of Shropshire engineering specialists is targeting £1 million of sales after delivering new body drying technology that removes the need for towels and is kinder to the environment.

Apres Innovations has invested more than £500,000 into creating production and assembly lines for the iDry, which fits on to a wall and uses a patented design to push air through vents to dry your body in as little as two minutes.

First developed by Michael Godwin in 1991, the product uses air outlets positioned at different heights along the dryer leg and is proving extremely popular with the care sector where it can help the elderly or disabled enjoy independent living for longer.

There has also been significant interest from hotels, who are keen to eliminate the need to wash and tumble dry thousands of towels every day, reducing their energy usage considerably and saving water in the process.

“A lot of time and effort has gone into refining the existing tooling and building new supply chain capability so that we can now produce the iDry completely in the UK and to ISO9001 standards,” said Gary Seale, who is leading the team at Apres Innovations.

“Michael had a lot of initial interest, but unfortunately his dementia worsened before he could fulfil the true potential of the technology. His son Ryan wanted to honour his dad’s legacy by bringing it back to life and approached us to look at how we could make and market it.”

He continued: “With Covid-19 highlighting the need for improved hygiene, there has never been a better time to deliver a solution that eradicates the need for towels and the bacteria that can grow on them.

“The iDry does just that and is easily fitted into the corner of your shower, whether that is in your home, in a hotel, at the gym or in nursing homes.”

Apres Innovations, which employs four people at its base in Much Wenlock, is initially selling direct through its website, but is keen to build a distribution network across the UK to help it achieve first year sales of £1 million.

This will be completed alongside continuous R&D that will see the firm launch a new version of the iDry at the Occupational Therapy show in November.

It will use Bluetooth controls for the first time and will have a more streamlined design that uses 18 air pores to push warm air through at between 50 to 70 degrees.

Gary added: “Production is now geared up for higher volumes, so the next 12 months will be really focused on raising the profile of body dryers and the huge environmental, health and financial benefits they provide.

“Just take care homes for example. It costs £700-£1,000 per week to look after a resident, while in-house care is just £20 per hour. Then you’ve got the massive wellbeing benefits of helping to keep individuals in their own property and living independently.”

Apres Innovations has donated 10% of its eBay sales to date to support MND Scotland and its work in supporting people suffering from motor neurone disease. This partnership will be extended to cover other charities as interest in the product grows.