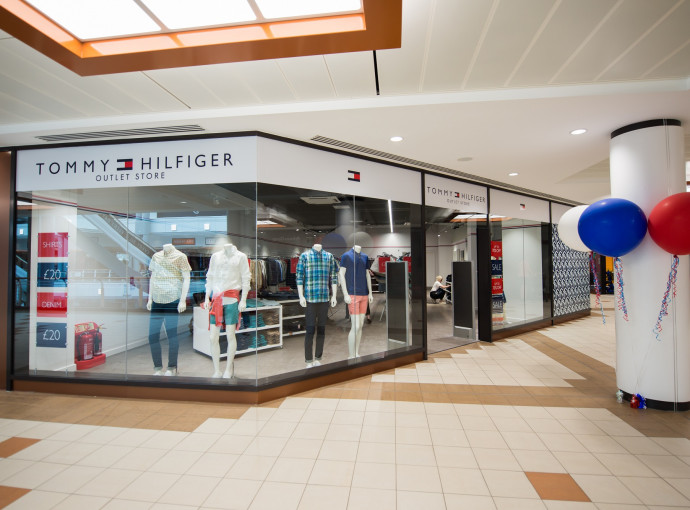 Tommy Hilfiger was the first big brand to open a pop-up at Princes Quay, alongside many local and regional traders who are benefiting from the centre’s short-term lease opportunities.
The fashion brand has seen huge success from its clearance store with footfall on average 20,000 people per month, clearing more than 10,000 units of stock since August. The store, which complements Princes Quay’s Outlet offering alongside Next Outlet, Skechers, Ben Sherman and many others, features in the centre’s top 10 performing stores every week.
John Magee, Princes Quay centre manager, said: “Our short-term lease opportunities have delivered a fantastic return for both high-end brands offering clearance stores and local retailers who are boosting their seasonal trade. We can see from footfall and turnover figures that there’s a demand from shoppers for this type of retail experience.
“From a shopping centre perspective, it’s a fantastic way to diversify our offering and keep shoppers coming back. For any brands considering a pop-up, we have white box units ready and waiting and we’d love to discuss the opportunities available.”
Eight other pop-up stores are currently trading successfully at the centre, including Weird Fish, M&Co, The Works, Hull Sailor, Yarina Gifts, Geek Store Christmas and local rival rugby clubs Hull FC and Hull KR – who have seen more than 13,000 customers through the doors in the first four weeks.
Local independent coffee shop 2C Bakehouse, which opened on the Outlet Level, has just extended its contract for a further six months due to its success.
The centre welcomes more than 5.4 million shoppers per year, with footfall growth consistently ahead of regional and national averages and six new permanent signings in 2019, including toy retailer Toytown, and leisure operator Enigma Escape Rooms.
Following a £20m investment in 2017, which saw the opening of an outlet level bringing high street and outlet shopping together, the centre has gone from strength to strength. With new shop openings and additional investment from retailers across the centre, footfall has increased by 12% since 2016.