Sewell on the go operations director retires after 25 years 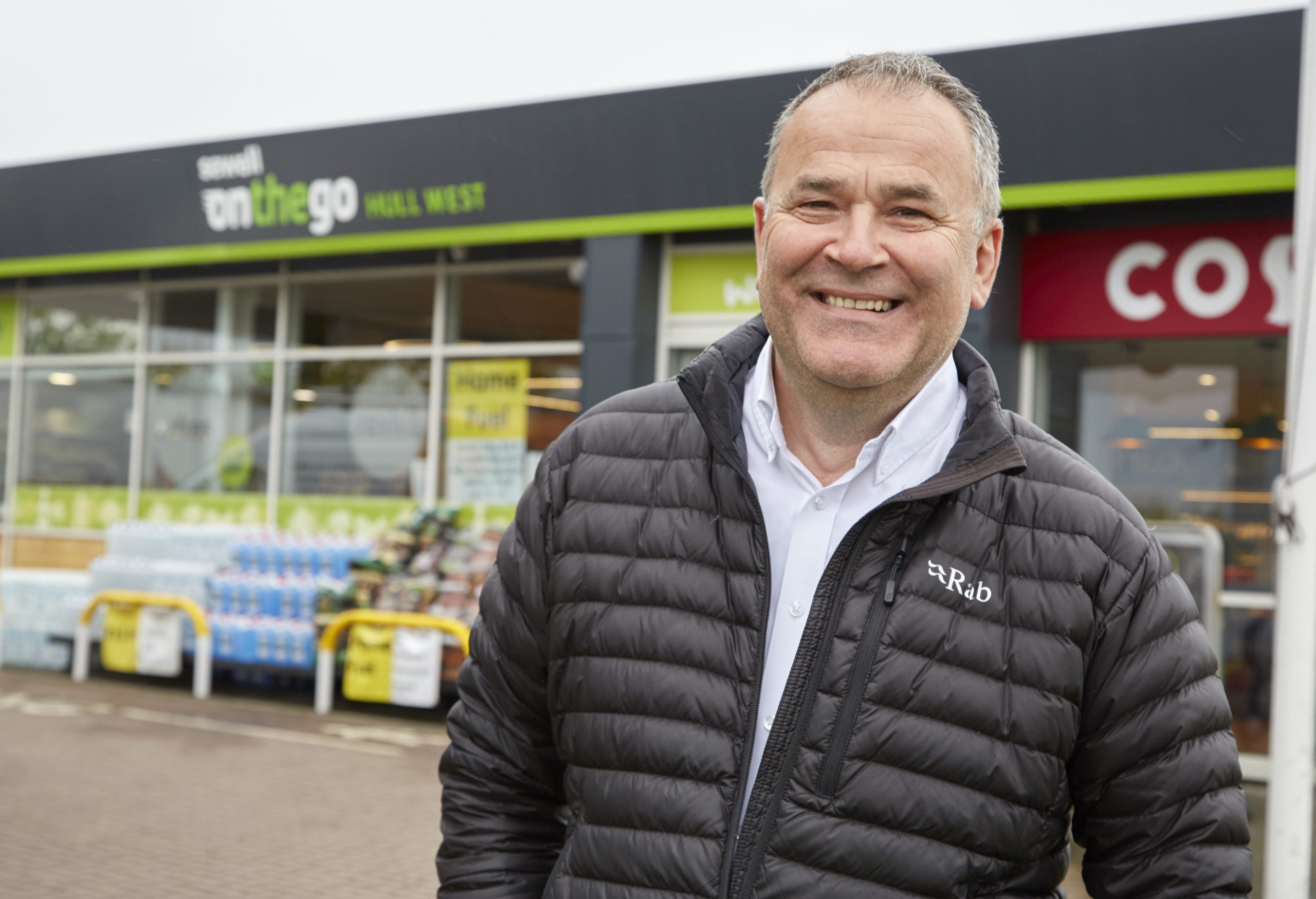 He has seen the business grow from a service station in Sutton to 13 highly successful forecourt and convenience stores serving more than four million customers every year.

Now, Sewell on the go operations director David Craven-Jones is retiring after 25 years with the leading forecourt retailer.

David’s first contact with the business was as a consultant in 1996, working with his father Bob Craven-Jones in supporting Paul and Dennis Sewell with oil supply agreement deals and other forecourt-related essentials.

After accepting full-time employment as Sewell on the go operations manager in 2000, David then became a operations director a year later, at the same time as Patrick Sewell became managing director, and has supported the business to go from strength to strength.

David’s role includes making sure the business remains profitable and includes overseeing everything from fuel pumps to coffee machines and car washes.

Now, as he prepares for retirement at the end of May, David said there is one element of his career at Sewell that clearly stands out.

David said: “I love how Sewell is all about the people. It’s like a family and I’m so proud to have worked for them for 25 years.

“You can’t train someone to have a smile on their face or have common sense, be reliable or honest, but you can teach skills. Our team is fantastic and I’ve loved working with everyone because they’re friends as well as colleagues.

“I’ve always been hands-on and I’ve helped to keep the business operational 24/7 365 days a year, regardless of holidays or time of day. If we have an issue, we sort it because it’s all or nothing in operations.

Since leaving school at the age of 16, David has had five other jobs, including as an apprentice plumber, a management admin role in the oil pipeline business in Egypt, and as an Esso filling station licensee.

But he said his role at Sewell has been his primary career and he is proud to have played a significant part in the team which further expanded Sewell on the go sites and made major investment decisions, including creating the award-winning Hull West and South Cave sites on the A63 corridor.

He has also attended many of the National Association of Convenience Stores (NACS) annual study tours in the USA over the past two decades, helping the team to learn, grow and thrive alongside the best in the business and sharing best practice.

David said: “I’ve had so many opportunities and highlights during my time at Sewell and I’ve enjoyed them all.

“I’ve seen the business grow from not employing many people to employing 450 across the whole of Sewell Group and becoming the brilliant company it is today. I’m incredibly proud to be associated with Sewell.”

Following his retirement, David is planning holidays with his wife, Lynne, to the Lake District and Australia, looking forward to spending time with his three children and five grandchildren, and continuing his love of sailing.

“I’ve always enjoyed what I do but I’m excited about the next chapter,” he said.

“We’ve got so much planned and I want to do it while I’m still young and fit enough to enjoy it.

“I’ll always be grateful to Sewell and for the amazing quarter of a century I’ve been lucky enough to have with this fantastic business.”

Patrick Sewell said David’s contribution to the business over the past 25 years had been immeasurable.

He said: “David has been an integral part of everything Sewell on the go has done and achieved over the last two decades.

“However, he has also very much helped develop the wider team and ensure a seamless succession, so the business is well-placed for the future.

“I’d like to thank David for his huge contribution over the last 25 years and we wish him all the very best for his retirement. He will be very much missed.”