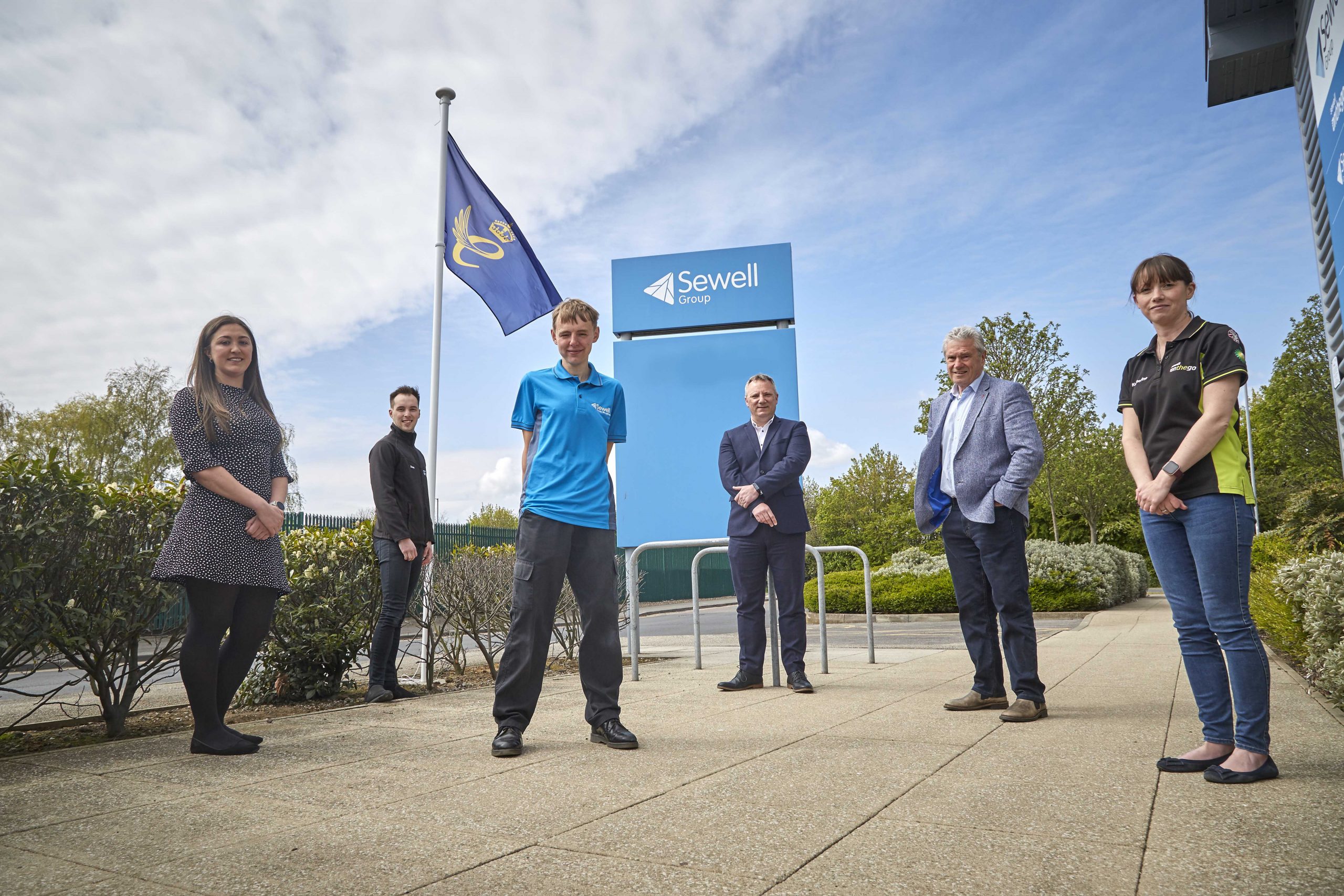 Yorkshire-based Sewell Group has today been recognised as one of only 18 businesses across the country in the Queen’s Awards for Enterprise for Promoting Opportunity – the most prestigious accolade for UK businesses.

The award celebrates Sewell’s contribution to the region through its many initiatives to employ local people and invest in developing talent, as well as giving back to communities and supporting the regional economy, through commissioning the local supply chain.

At the heart of the business’s vision and strategy is delivering value for the communities it serves, creating opportunities for people to be involved in projects, supporting communities, charity groups and pioneering initiatives to support people who need it.

Over the past two decades, this has included initiatives such as;

The multi-disciplined group of companies, which has spent more than 10 years in the Sunday Times Top 100 Companies to Work For, two of which were in the top 10, invests a six-figure sum in staff training and development every year to grow its own talent, with many of its senior leadership team having started out as trainees and worked their way to the top of the company.

Paul Sewell, chairman of Sewell Group, said: “Our vision has always been to be a successful company that endeavours to make a difference to the areas in which we work – to become a great company to deal with, we have great people working with us.

“To receive this award from Her Majesty the Queen is a huge honour and I’m incredibly proud of our teams. Promoting opportunity is exactly what we’re about and what we do as a company; we’re successful because we provide opportunities, both within the company and the community.”

James Dick, the Lord-Lieutenant of the East Riding of Yorkshire, said: “Sewell Group is a company I have worked with on many initiatives over the years. It is a company that has always championed its people; from becoming the first in the area to gain Investors in People status in the 1990s and then going on to appear in the prestigious Sunday Times Top 100 Best places to work list, this latest accolade comes as no surprise.

“The Queen’s Awards for Enterprise are the highest honour for British businesses and I am delighted that the Sewell Group have been recognised for being a force for good.”

Sewell Group, which has its headquarters in Hull as well as offices in Elland, York and Willerby, employs 460 staff and is made up of Sewell Investments, Sewell Construction, Sewell Facilities Management, Sewell on the go, Illingworth and Gregory and Shared Agenda.

A total of 205 organisations nationally have been recognised with a prestigious Queen’s Award for Enterprise across four categories – with Sewell Group among only 18 for promoting opportunity through social mobility.

Now in their 55th year, the Queen’s Awards for Enterprise are the most prestigious business awards in the country, with winning businesses able to use the esteemed Queen’s Awards emblem for the next five years.

Applications for Queen’s Awards for Enterprise 2022 open on the 1st May 2021. For more information, visit https://www.gov.uk/queens-awards-for-enterprise