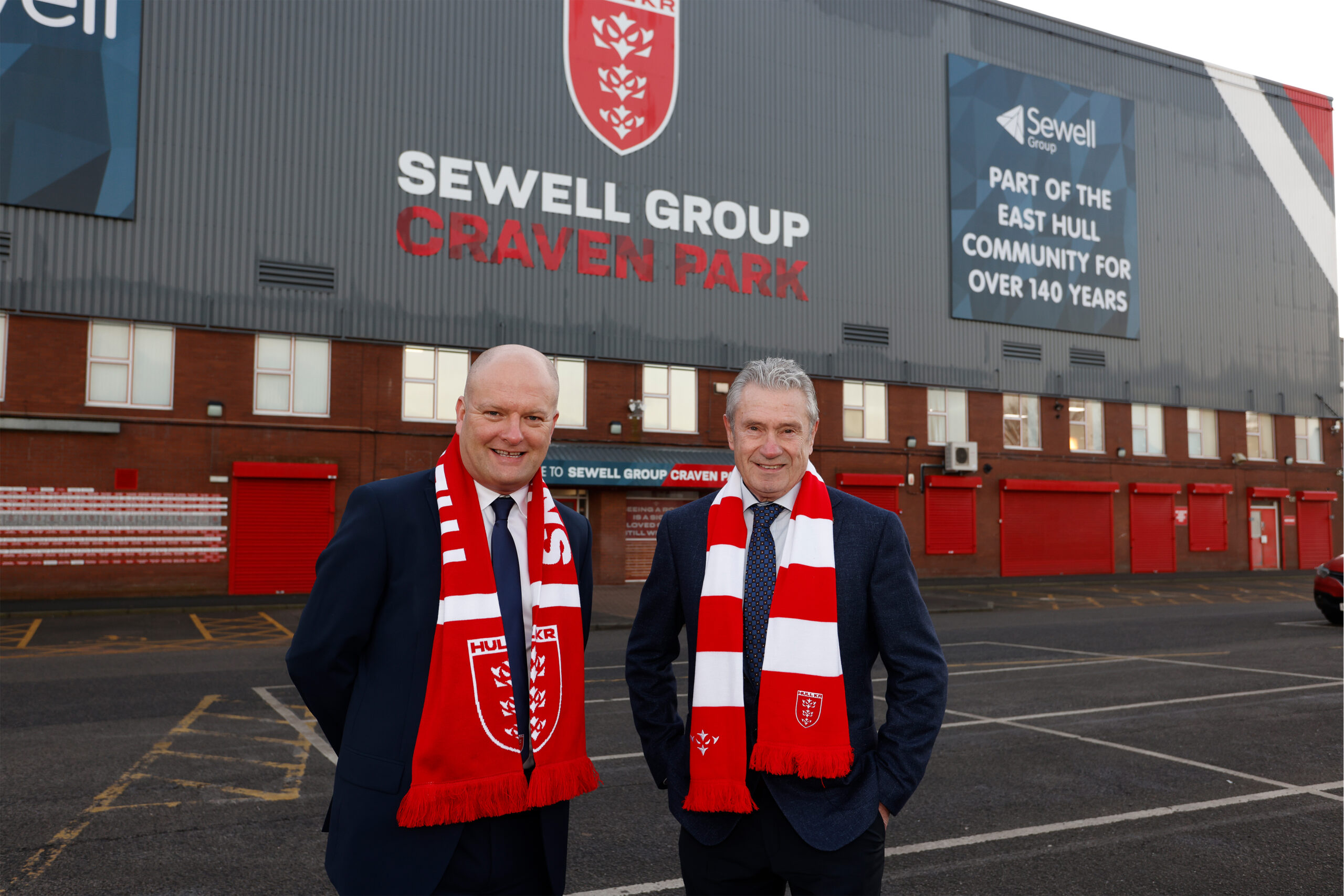 Hull KR have announced that Sewell Group will become their prestigious stadium naming rights partner from 2022.

The deal will see the stadium referred to as Sewell Group Craven Park and mark the start of a new partnership cementing Sewell Group and Hull KR at the heart of the east Hull community.

Paul Sewell, chairman of Sewell Group, said: “We see this partnership as another great way of giving back to the community which we’ve been part of since 1876. We know the fantastic work Hull KR do in the local area to support and improve the health and wellbeing of the community, through the fantastic schemes they run. We’re delighted to be able to support this, and the club, in their journey on the eve of their 140th anniversary.

“The heart of our business strategy has always been to deliver value for the communities we serve, creating opportunities for people, supporting communities, charity groups and pioneering initiatives to support people who need it. This partnership will allow us to continue to do so, alongside the many other initiatives we support across the region.”

Sewell Group is a multi-disciplined group of companies operating across the North of England, made up of Estates businesses Sewell Construction, Sewell Investments, Sewell Facilities Management, Illingworth & Gregory, Shared Agenda, Parallel and Community Ventures alongside its retail arm, with 13 Sewell on the go convenience stores and forecourts.

In recent years, Sewell has been involved in major developments in the east of the city including the Preston Road Community Centre, Sutton Village, Dove House Hospice, various health centres and schools, alongside its commitments to initiating projects including the Humber Business Week and Sewell Studio Skills Academy. It is one of the region’s biggest employers and was recently recognised as one of only 18 businesses across the country in the Queen’s Awards for Enterprise for Promoting Opportunity – the most prestigious accolade for UK businesses.

Hull KR chief executive Paul Lakin is looking forward to working with the Sewell Group as one of the club’s principal partners.

“We are delighted to welcome the Sewell Group as our stadium naming rights partner. They are one of Hull’s biggest employers with an outstanding reputation, having been named in the Sunday Times 100 Best Companies to work for in the UK. This partnership holds true to their East Hull roots while delivering brand exposure throughout the North of England where they have several offices, and we are very grateful to Paul and the Sewell Group Directors for their support.

“We also look forward to supporting and enhancing the work Sewell Group do in the local community, whilst providing a platform for their Sewell on the go brand within the stadium bowl to promote their 13 convenience stores across the region.”