Saving the planet – one house at a time… 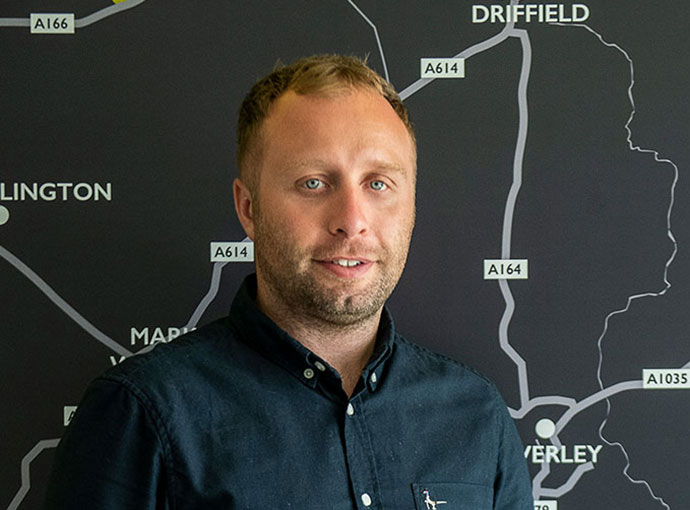 A lot of entrepreneurs will tell you their success is down to being in the right place, at the right time – and this couldn’t be more true of Glenn Paddison. It was a chance meeting that led to the launch of Cocuun, a company whose time is very much now.

Glenn was working as a branch director for MKM Building Supplies when he met the hugely successful serial entrepreneur, Paul Luen, in 2015. Paul, like Glenn, had had a modest upbringing in Hull, and went on to found numerous businesses that have so far generated well over £150 million across more than 100 countries. The pair struck up a working relationship, and Paul became a mentor and friend to Glenn over the years. “He taught me that limiting belief is a state of mind and the success I desire is only limited by the cap I choose to put in place,” says Glenn.

He also credits MKM with giving him the grounding in business that propelled him to go it alone – something he’d always seen himself doing from a young age. “They took me on as a sales apprentice in 2006 and supported me through my diploma in merchanting, and then in 2013 I was one of only four people to be enrolled on to the first-ever degree in merchanting.”

Glenn, who is currently the chairman of the Builders Merchants Foundation (BMF) Young Merchants group, has a string of industry accolades to his name, including Trainee of the Year at the Builders Merchants News Awards for Excellence 2013 and the Golton Medal from the Worshipful Company of Builders Merchants. He took every opportunity he could to expand his learning and says he’s “really grateful” to MKM for its support. “My time with them gave me a huge insight into all areas of the business and gave me the skills and confidence I needed to perform to a high standard.”

Paul and Glenn knew it was a case of when, not if, they would go into business together, and in 2020, the Chancellor – and Covid – provided the catalyst.

Rishi Sunak put the environment at the heart of his summer statement last year, as he unveiled a £3 billion plan to cut carbon and boost the economy in the wake of the pandemic – and the idea for Cocuun was born. There were, of course, numerous companies up and down the country already offering energy-saving home installations, but Glenn wanted Cocuun to be the first to offer a whole-house retrofit solution.

“You could install a new low-carbon energy-efficient heating system, but if the fabric of the building isn’t insulated, you’ll still be wasting energy,” says Glenn. “Our whole-house approach offers the consumer a one-stop shop – we can manage the whole installation, with a fabric-first approach followed by low-carbon heating upgrade.”

Thanks to Glenn’s extensive contacts in the industry, he and Paul knew he’d be able to source the right tradesmen for the varied services the company offers, which include floor and wall insulation, solar energy, energy-efficient windows and doors, draughtproofing, low-carbon heating and hot water systems, and smart meters and heating controls.

Keeping on top of the ever-changing government legislation and schemes available to consumers keeps Glenn busy, to say the least. The Green Homes Grant programme has now closed to new applicants, after being scrapped just six months after its launch in September 2019, leaving Glenn and his team with a bit of a scheduling headache. “Sometimes there’d be a long wait for the vouchers to be processed, and then a large portion of vouchers would come through at once, so it was a challenge to find and co-ordinate the tradespeople.” They’re still working through the remaining vouchers, as they can be redeemed, if still valid.

Many green campaigners and construction leaders criticised the axing of the Green Homes Grant scheme; at the time, Brian Berry, chief executive of the Federation of Master Builders, said it sent “entirely the wrong message to consumers and builders and will harm the UK’s desire to be seen as a global leader in tackling climate change”.

However, while this has, for now, left homeowners without recourse to financial assistance with energy-saving improvements, ECO3 funding is available for lower-income and vulnerable households, helping those who most in need, which was Glenn’s original aim.

People looking to take advantage of the help on offer need to be quick, though, as this scheme closes in March 2022. And, while the first phase of consultation for ECO4 has been released, the start date and qualifying criteria for the scheme is yet to be formally announced. The application process can seem a minefield, but the team at Cocuun can help you every step of the way and ensure you get the maximum possible grant.

Glenn agrees that there’s an urgent need to get away from the short-termism that focuses purely on quick profits. He acknowledges that work to make older houses more energy-efficient can be disruptive and expensive, but there are big savings to be made long-term, and it could increase the value of your home. It’s all about changing the mindset and approach to even the most routine of home improvements, never mind major installations. “You could be renovating a dilapidated property, insulating a cold solid wall, for example, and instead of using the traditional materials, you could use a specifically designed system offering an energy-efficiency upgrade equalling that of the current building regulations, supported by a 25-year insurance-backed warranty.”

Cocuun isn’t just helping consumers bounce back from the pandemic – it’s proving to be a lifeline for the area’s tradespeople, too. “We’re supporting the Government’s drive to net-zero by providing the opportunity for local people to upskill and retrain in new green technologies,” says Glenn. Cocuun’s business model is built on creating jobs and helping local people to find work, boosting the local – and national – economy.

Within months the company achieved accreditation with TrustMark, a scheme that was established in 2005 in conjunction with government, industry bodies and consumer protection groups. It guarantees technical competence, good customer service and good trading practices, Cocuun has also managed to secure direct ECO funding from a number of the top utility companies in the country, something that can take years to achieve, says Glenn. And in just six months of operating, Cocuun has also achieved the ISO 9001 (quality management system), ISO 14001 (environmental management system) and ISO 45001 (occupational safety and health management system).

Glenn has built up partnerships with an extensive range of national suppliers, including PPG Architectural Coatings, K-Systems, SWIP IWI and Vaillant, to name a few and, what’s more, Cocuun offers a 25-year warranty on all aspects of its insulation work. “This means we have to install to a level of quality that satisfies TrustMark, which enables Cocuun to provide such a lengthy insurance-backed warranty,” he says. “I don’t think there are many companies that have such a complex warranty offer, with such deep protection across the whole supply chain.”

Cocuun’s innovative approach to energy-saving extends to the way it invests in its staff, too. The company has embraced the Government’s Kickstart scheme, which provides funding to create jobs for 16 to 24-year-olds deemed at risk of long-term unemployment, taking on 20 young people so far – some of whom, Glenn hopes, will go on to have a lasting future with Cocuun. With sustainability issues being close to the hearts of a lot of millennials (75% say they would be more likely to work at a firm with strong environmental credentials, studies have shown), Cocuun sees the younger generation as crucial to driving the business’s growth. “We’re bringing in numerous initiatives at our offices at Bridgehead Park,” says Glenn, “including cycle to work schemes, flexible working and tree planting. We don’t just want to be net-zero, we’re aiming to be carbon-negative.”

Earlier this year, Glenn launched electric-vehicle company Vollt alongside Cocuun, to enable companies in the drive (pun intended) towards sustainable, carbon-neutral travel by providing the most secure and effective EV charging platform available, ensuring drivers have access to charging wherever they are in the country. Like Cocuun, Vollt is a full-service solution, taking care of everything from the design and installation of charging points at workplaces to the innovative EVOLV app that manages charging locations, billing, charging schedules and much more. And, like Cocuun, Vollt is fully ISO and TrustMark-accredited, and it is fully endorsed by the government’s Office of Zero Emission Vehicles, which gives grants of up to £14,000 per business to install commercial charging points. They’re also one of the few companies that can help with accessing EU funding for EV projects.

“Climate change poses a threat to the economy, nature and society at large, and reducing carbon emissions is something businesses of every size must act on,” says Glenn. To this end, Cocuun and Vollt are supporting and promoting the Construction Leadership Council’s ConstructZero programme, and in July they became Net Zero Business Champions – an award for businesses that abide by and promote the nine priorities set out by the CLC.

With the amount of ageing housing stock in Britain today, Cocuun’s retrofit services are really only in their infancy; as only about 30% of UK homes currently meet Band C on the Energy Performance Certificate, it’ll take decades to bring up the majority of homes up to standard – but that’s not stopped Glenn eyeing up other areas for expansion. With various regulations on new-builds such as a ban on installing gas and oil boilers by 2025, Cocuun will be well-placed to fit out new homes as well as old with the latest technology.

The future of Cocuun & Vollt isn’t just bright, it’s warm – and hugely exciting. While achieving carbon-neutrality by 2050 won’t happen without the world’s superpowers making some huge changes, individuals and small companies can also make a difference. The drive to net-zero starts at home – literally…