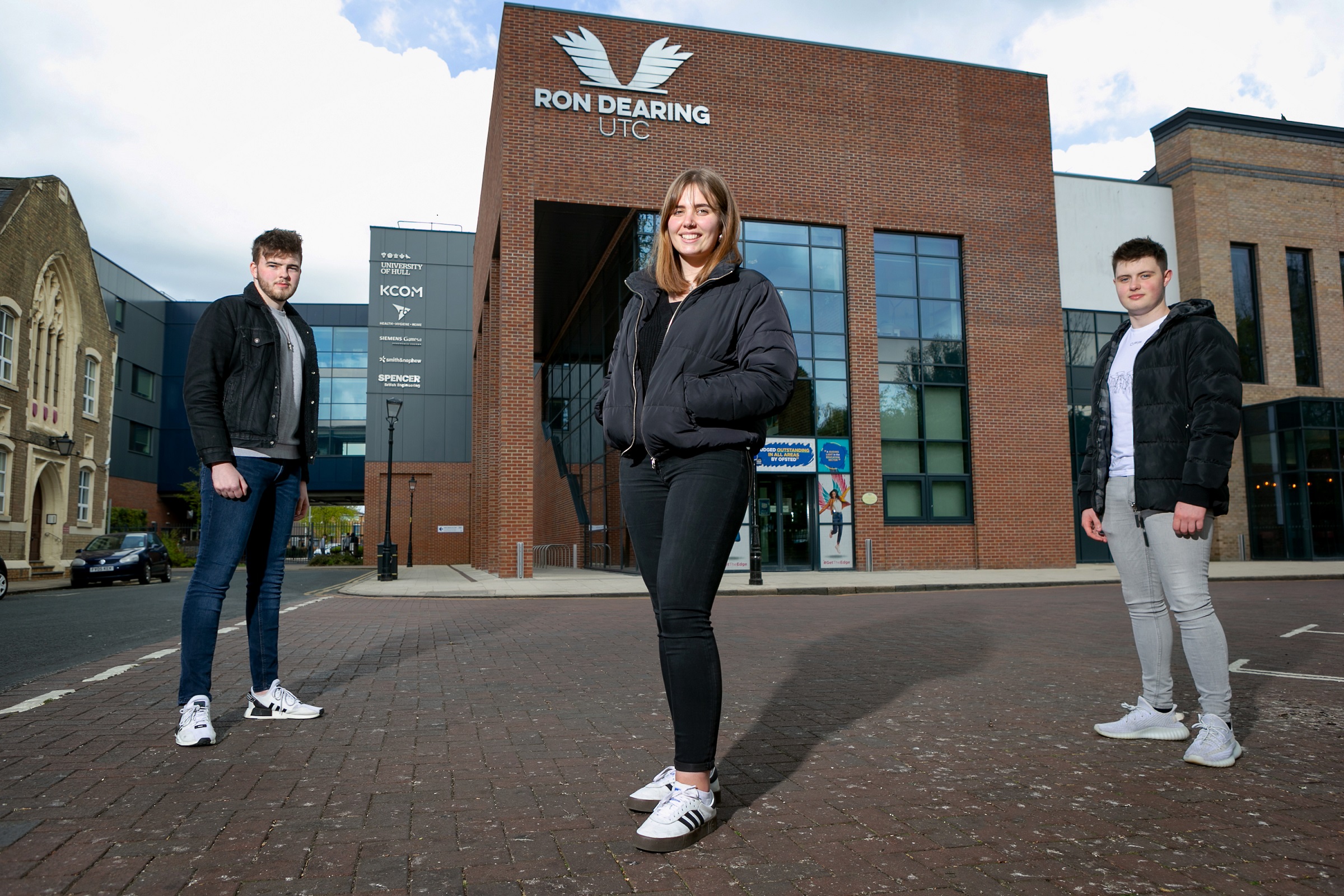 Rated outstanding by Ofsted, Ron Dearing UTC has continued its track record of helping its students secure prized apprenticeships with the school’s employer partners and other leading organisations.

Year 13 students Scarlett van Raamsdonk, Will Nickolds and Joshua Wormald are now preparing to take the first steps towards their dream careers.

Scarlett, 18, will complete a three-year Bachelor of Engineering degree apprenticeship while working as an engine cadet in the Merchant Navy, based on global cruise line MSC Cruises.

Working in the ship’s engine room, her role will include maintaining, checking and cleaning the engines and carrying out watches on board following five months’ studying at South Shields Marine School, part of South Tyneside College near Newcastle, from September.

Scarlett, who is studying maths, physics and double engineering at Ron Dearing UTC, said: “This is my dream job and I’d love to work up the ranks and become a chief engineer in the future.

“My dad is a marine engineer and I travelled and lived on ships until I was four years old, so my whole life revolved around that and I wanted to go back to it.

“I don’t think I would have had this opportunity if I hadn’t become a Ron Dearing UTC student. They have helped me so much with my CV and helped me to stand out from the crowd. I’m so excited.”

Will, 17, will begin a four-year engineering degree apprenticeship at Airbus Defence and Space, a division of the world’s largest airline manufacturer and international aerospace pioneer Airbus, in September.

Based at the company’s UK headquarters in Stevenage, Hertfordshire, he will be involved in mechanical analysis work for a range of space missions including the ExoMars rover searching for life on Mars, as well as global telecommunication satellites for phones and television.

Will, who is studying engineering, maths and physics at Ron Dearing UTC, will complete his studies through Blackpool and the Fylde College and Lancaster University.

He said: “I’m over the moon to have this opportunity, as I’ve always wanted to pursue a career in engineering. Aviation and space has been my lifelong passion and I used to go to air shows with my grandad, who was a logistics man in the Royal Air Force.

“Ron Dearing UTC has opened up a whole world of opportunity for me and I’ve gone from building remote control drone planes in my back garden to doing something professional. They’ve given me the guidance and knowledge to progress.”

Maths, physics and engineering student Joshua, 18, is also gearing up for his dream career at Jaguar Land Rover in Coventry, where he will begin a four-year electrical and electronic engineering degree apprenticeship in September.

His role will include programming electronic systems and designing electronic circuits and safety systems for the company’s luxury vehicles.

Joshua said: “Ron Dearing UTC has high expectations of its students and they treat you like an adult and as equals, which sets you up for life and helps you prepare for work.

“Jaguar Land Rover is an amazing place to work and I’m really excited to see what the future holds.”

Ron Dearing UTC, in Hull city centre, is an employer-led school that caters for students aged between 14 and 19 and has a specialist focus on digital technology, creative digital and engineering.

Earlier this year, the Government announced its Skills for Jobs white paper to revolutionise post-16 education and training and champion technical education.

The measures announced put technical qualifications on an equal footing with GCSEs and A-levels, recognising that traditional education isn’t developing young people with the skills our economy needs.

The white paper puts an end to the misconception that a degree is the only route into lucrative careers and promotes degree apprenticeships as another way to obtain a degree without the debts.

In addition, it highlights the importance of strong educational partnerships between employers and schools, an approach that Ron Dearing UTC and its employer partners are proving works extremely successfully.

Kathy King, senior assistant principal and joint head of sixth form at Ron Dearing UTC, said the students had bright futures ahead of them.

She said: “We’re really proud of all our students and the diverse pathways and destinations they progress to, whether it be university, apprenticeships or other.

“At Ron Dearing UTC, it’s about more than just the curriculum. It’s the information, guidance, support, training and additional skills provided by our Employer Partners, our personal development programme and the huge focus on employability skills alongside the students’ studies.

“With Joshua, Scarlett and Will, they’re covering land, sea and air, and these are fantastic examples which demonstrate employer-led education works.”