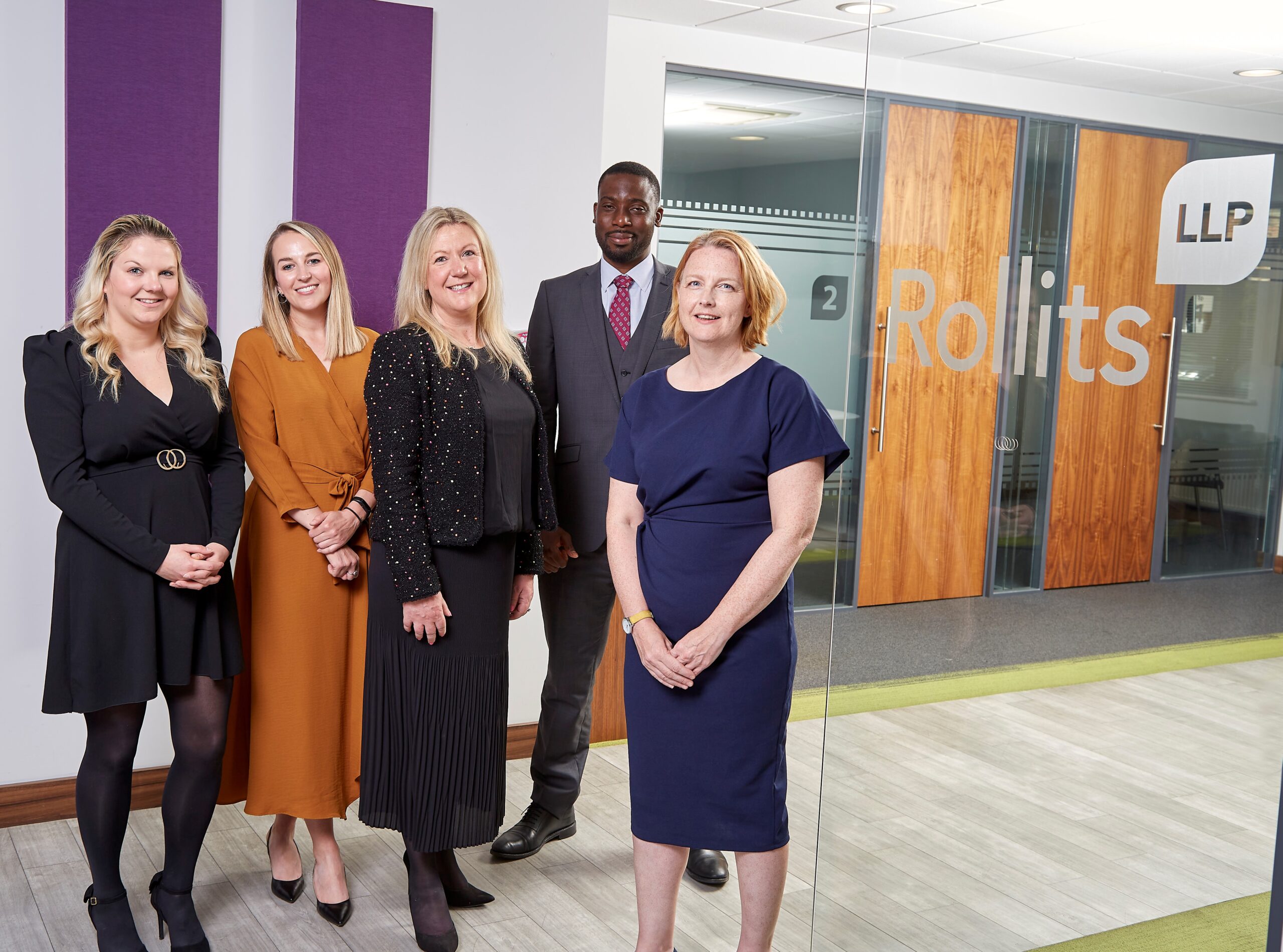 Leading law firm Rollits has announced the promotion of five members of its team from the Hull and York offices from associate to partner.

Sarah Adams, Alison Benson and Libby Clarkson are based in the Hull office.

Suzgo Kaluluma and Lynne Webster, who are both based in the firm’s York office, joined Rollits in 2019 having previously worked with other prominent law firms across Yorkshire.

Sarah specialises in private capital matters including wills and probate, powers of attorney and trusts. She joined Rollits in 2011 after studying at the University of Hull and York College of Law and she qualified as a solicitor in 2013.

Sarah is also a full member of the Society of Trust and Estate Practitioners (STEP) having achieved a distinction in the STEP Diploma for Trusts and Estates.

A graduate of the University of Edinburgh, Alison heads up the family team at Rollits having specialised in the field for 20 years. She deals with all issues arising from divorce and separation with a focus on complex financial cases including business and farming assets. She also advises on private children disputes and pre nuptial agreements..

Libby graduated from the University of Hull in 2011 and joined Rollits as a trainee the following year, moving into the firm’s planning and development team when she qualified in 2014.

Suzgo graduated from the University of Durham in 2006, qualified as a solicitor in 2009 and was appointed a Solicitor Advocate (High Courts Civil Proceedings) in 2011. He is also a member of the Society of Trust and Estates Practitioners (STEP).

Suzgo moved to Rollits from the Wetherby firm Hartlaw in 2019 and joined the private capital department in the York office. He works across all aspects of estate and succession planning and on all stages of the estate administration process and trust administration. His work includes the preparation of powers of attorney and Court of Protection applications.

Lynne has more than 20 years’ experience as a commercial property solicitor and is based in the York office. A graduate of Manchester University, she qualified as a solicitor in 1997 and worked for various law firms in Leeds including Freeths, Walker Morris and Cobbetts. She joined Rollits from LCF Barber Titleys in Harrogate in 2019.

Lynne acts for numerous property investment and development companies and deals with a wide range of commercial property matters. She also acts for high net worth private investors in retail and office space and residential portfolios.

Ralph Gilbert, managing partner at Rollits, said: “We are delighted to announce these promotions, which are testament to the calibre of people we are attracting to Rollits.

“It is very pleasing that two of them – Libby and Sarah – who joined us as trainees, have now progressed to become partners along with Alison, Lynne and Suzgo who have developed their skills and experience since opting to join us from other firms in Yorkshire.”