Rob brushes aside the Pandemic with recruitment drive 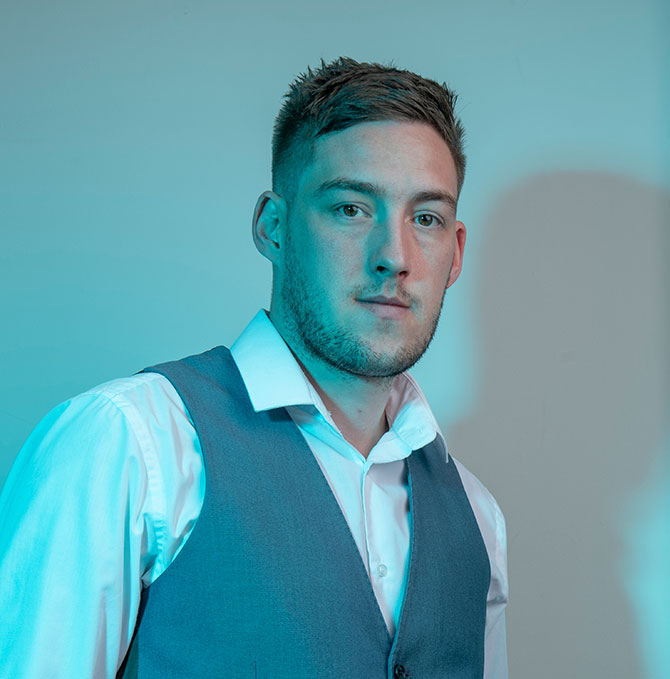 Rob Hackles is in candidly reflective mood in his Redditch office as he ponders the past 18 months. “I was wondering at the start of lockdown ‘am I still going to have a business this time next year?’ You would never put a pandemic in your business plan…..

“It was a very painful eight to nine months. This time last year I was still sitting at home in the office upstairs.”

If, as the old saying goes, a week is a long time in politics, then the last year must have felt like an eternity to Rob, who had taken the plunge back in February 2020 to launch recruitment agency RJH Personnel.

It was hardly his fault that just over a month later the UK suddenly found itself in the grip of the worst medical emergency in living memory, with Covid-19 wreaking havoc and shutting down vast sections of the economy.

As he recalls today: “That dreaded day in 2020, when the whole country went into lockdown, I remember my phone going ‘ping, ping, ping. All the permanent roles were being pulled, it was a very scary time.

“I was still working from home and overnight I had lost £16,000 worth of business. I was looking at getting a driving job but I sat down with my partner Laura Moore – she works in recruitment too – and she was able to pull some money in.

“We had no sign of income coming into the business but I had enough money to tick along and not take a wage.

“I started to turn the junk room upstairs into an office and began looking at the temp side of things. We realized we could get by and the company was up and running.”

Today, prospects are considerably brighter for Rob and RJH Personnel, thanks to his determination to ensure that his fledgling business plan did not become one of the thousands of casualties of an unforeseen medical catastrophe.

The RJH Personnel story – which is still very much in its infancy – is a classic case study of one man’s vision and drive to establish a new business on his own terms in a highly competitive sector. It’s also a tale of survival at a time of unprecedented turmoil.

The Hackles vision and drive have paid off. Rob is sitting in his comfortable office on a Redditch industrial estate contemplating hitting a £1 million turnover this year, with manufacturers and commercial firms signed up as clients and dozens of workers on the books.

Or, as he puts it: “I am extremely proud. It was such a hard time setting up the business pre-pandemic.”

It’s quite an achievement for this personable 33-year-old who has endured family tragedies and had already been around the block a few times in the world of personnel and other industries well before coronavirus threatened to throw a spanner in the works.

Redditch born and bred, Rob, a keen sportsman who played football, hockey and basketball at school, originally harboured ambitions to become a PE teacher. “But my behaviour at school was not brilliant. I was kind of a disruptive type, I went through that phase at the age of 15 or 16 – I didn’t want to go to school.

“I had lost my father, John Hackles, at the young age of 13, I think it had a big impact on me, I went through a phase of not concentrating. He died suddenly of a heart attack at the age of 57. It was a big blow to me and my mum. I was very close to my dad, he was a transport manager for a company in Redditch.

“I left school at 16 and started work. I worked at Halfords on the twilight shift. Then I worked as a labourer, on landscaping and construction. I was working on the roads, laying kerbs to entrances to caravan parks, drainage etc. In the summer, it was fantastic, in the winter it was absolutely freezing and wet.”

More manual and factory work followed before Rob was offered an opportunity to work as a data engineer at Heathrow Airport. “I was working away from home, Monday to Friday, living out of a bag in a Travelodge…I didn’t see anybody or do anything. I got fed up with it, I didn’t have a life at all.

“At the time I was a jack of all trades and the master of none. I needed a job, I knew I had more in the tank than this, I was about 22.

“ I decided that I was going to come home from Heathrow and worked as a temp at a lighting company. I progressed through the ranks and ended up as a supervisor, in charge of people older than me. It was really hard.”

Slowly, Rob was inching towards the sector which would in due course lead to the launch of RJH Personnel, albeit around 10 years later. Despite frequent career shifts and workplace changes, he always retained a committed work ethic.

“I cannot not work. I couldn’t sit at home and do nothing. It is nice to have a break here and there but I have always been aware that I needed to be working.

“I kind of fell into recruitment. One of my friends was working at First Personnel. They had a Redditch branch and I went in as a trainee consultant in September 2013. I went quite quickly from trainee to consultant…I did the hustle and bustle and enjoyed helping people into work.” Rob had found his vocation….

After two years at First Personnel, a move to Gap Personnel was to pay dividends. “I was offered a senior consultant role in the Birmingham office, based at Shirley. They were exciting times, I took to it like a duck to water.

“I was going from strength to strength. I had 13 conversions – new clients – in the first quarter of being there. I liked to go out and visit companies, and explain the benefits of using our business.”

Rob’s career embraced new horizons as he took on a regional sales manager’s role, covering a wide area of the West and East Midlands, from Stoke to Nottingham and Wolverhampton to Buxton.

“I was at Gap for around two years – I decided to leave for personal reasons. My stepdad died of cancer when he was 59….it was another setback, I have had a few blows.”

Further spells of tarmacing and delivering hot tubs followed but he later found himself back in recruitment at big city locations in Coventry and Birmingham. But, tired of the travelling and keen to pursue his own destiny, Rob finally decided to take the plunge and branch out on his own.

“I was seeing what kind of money could be made. I decided to go it alone and incorporated the new business on February 17 2020. I was back in Redditch and signed up a couple of permanent clients in manufacturing and logistics to RJH.”

The timing could scarcely have been worse for Rob as, just over a month later, Prime Minister Boris Johnson appeared on television and told the nation we all had to stay at home as coronavirus swept through the UK. Undeterred, he set about putting RJH Personnel on firmer foundations in the middle of a national emergency.

“I sat down with a friend of mine, Josh Barr, he was working as a permanent recruitment consultant and had been furloughed for a while. We couldn’t sit in my house so I found office space and we moved in here on September 21, 2020. It was a massive step, overheads tripled overnight.

“It’s a dog eat dog world out there and you have to be persistent but we ended up winning quite a large contract which increased our turnover. It went up from £800 a week to £14,000. It kept growing and I was able to write off the worst year of my life. We have continued to get by and have brought in new clients.

“We are now at over £500,000 turnover and are on target to reach £1 million turnover for our first year of trading. If we hit that, I will be very, very happy. It makes me very proud, it’s kind of a champagne moment.”

“We have had new people coming into the business and they have sat down and hit the ground running.

“We have got numerous clients, from manufacturing to logistics. In five years’ time I would like to see us with five locations in the West Midlands. We are in our infancy still but this is a big career opportunity for people who want to sit down and get their hands dirty and see their careers progress. I want to expand the business.

“You can never have too much business. We have got stuff in the pipeline that we are working towards which could change the face of the business again.”

Rob admits that post-pandemic the world of recruitment has shifted on its axis. “It is hard to fill roles, it’s got a lot harder to find candidates. Two years ago, you would have had an obscene amount of candidates – it’s down to a mixture of Covid, furlough, people’s uncertainty, Brexit is not going to have a good impact on the job market.

“It has been a weird time for recruitment but things are starting to see a bit more normality now. There is demand for staff in manufacturing and logistics – at the moment, our sectors are manufacturing, logistics, commercial and office-based roles.”

It’s clearly been a rollercoaster ride for the man who has worked his way up from laying kerbs and digging holes to running a new business which is targeting a £1 million turnover less than two years on from its launch.

But as Rob points out, persistence often pays off in a dog eat dog world…..