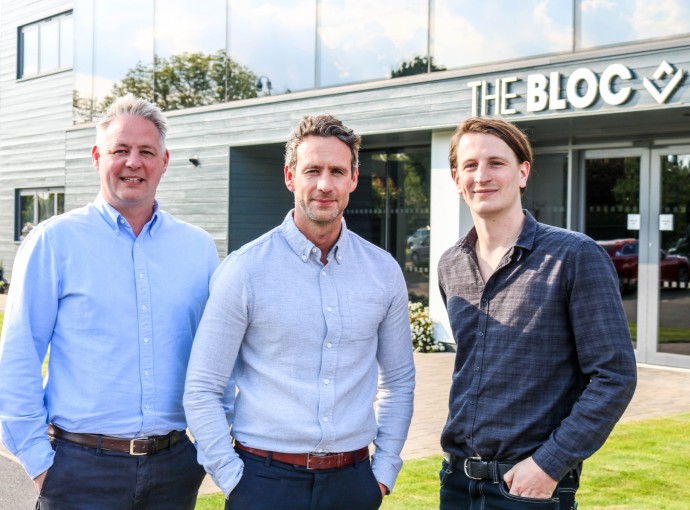 River, which was launched in 2016 by two former directors of Nexus Hull, has embarked on installing a new telecoms system at the Bloc, the modern, multi-occupancy office development owned and operated by Allenby Commercial at Anlaby, near Hull, where River is one of the commercial tenants.
The project follows a successful installation by River at Allenby’s own head office in a modernised former local authority building in Alfred Gelder Street, Hull, and has dovetailed with the upgrading of telecoms systems at a third Allenby site – Danish Buildings in High Street, Hull.
Ashley Hunter, managing director of River, said: “The differences between the three properties are striking, and between them they demonstrate our ability to provide bespoke solutions for any type of business, in any kind of environment.”
Charlie Allenby, contracts manager for Allenby Commercial, said: “We got to know River when they moved into the Bloc and completed contracts for some of our other tenants there.
“The feedback was very positive, so we engaged them to carry out installations at Alfred Gelder Street and at Danish Buildings, and to fit out the whole of the Bloc when the opportunity for a system upgrade was possible. As these properties demonstrate, the business space we offer varies from ultra-modern to listed and oozing with character. However regardless of the age of the premises, we have to ensure that the connectivity is the best available for our tenants and for our own business.”
Ashley and his brother and co-director Guy Hunter, first moved into the Bloc in 2014 as Nexus Hull, a spin-off from Nexus in Leeds. They sold their interest and launched River in late 2016, adding energy and IT services to the telecoms packages that had built their reputation.
Ashley said: “The first two years as River were tough – we launched with five staff and no customers, but we worked hard, got some stability and picked up some good customer wins which helped us build a good foundation.
“In our first year we lost £56,000 and turned over about £156,000. In year two we lost about £57,000 on turnover of about £463,000. This year we reached £900,000 turnover and moved into profit with £100,000.
“We are growing organically, and we have some big, high-value projects which we hope to announce soon. I have been in telecoms for 20 years and I know we have something different to offer in terms of how we do things and how we support people. The energy side has gone from strength to strength and we are developing the IT side as well.
“Utilities were a bolt-on with Nexus but at River they were part of our plan from day one. We have about 200 clients now, and about 40 take a package of telecoms and energy. We know the market very well and we’re not aware of anyone who offers the combination of IT, telecoms and energy. We aim to be the heart, lungs and brain for our clients’ businesses.”
Allenby Commercial recently announced the acquisition of the final plot of 6.45 acres at the Priory Park East business park and their portfolio in Hull also includes Worx, Europa House and the recently renamed Minster Corner, the former Jobcentre near Hull Minster.
Charlie added: “We’re pleased with the work that River are doing for us and with the fact that they are building their business successfully. All of our developments are about helping our clients build their businesses and create jobs.”