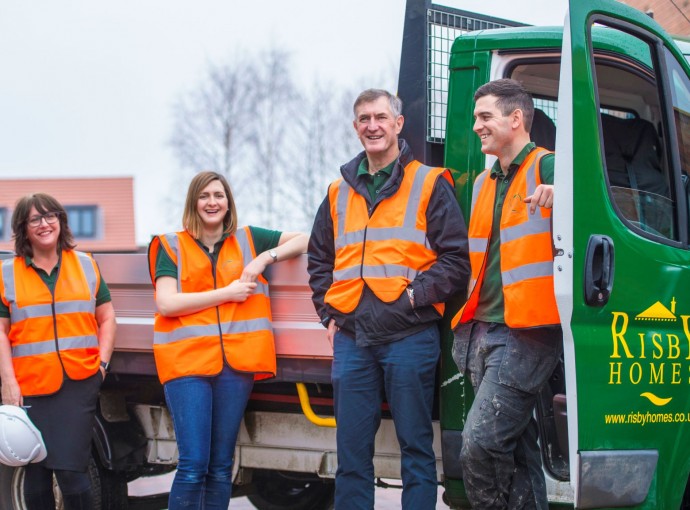 A family business that has been creating homes since 1993 is celebrating 25 years since the first development began.
Risby Homes has created many bespoke developments across East Yorkshire since the company was established by Mark Barrett, who wanted to focus on high-quality, tailored residential development after years of studying and working in construction.
Today, Mark’s son, Olly, and daughter, Amy, are both part of the award-winning team that has created everything from apartments to executive family homes.
Risby’s first development was eight two-bedroom houses in Old Beck Court, Beverley.
The company has since built developments in Hessle, Cherry Burton, Welton, Walkington and Little Weighton.
It is currently working on Westcote Farm, South Cave, which has a small number of four and five-bedroom homes remaining which will be available to move into in the new year.
Risby has also recently began work on its largest development to date, 73 two, three, and four-bedroomed homes at Shepherds Rest, on the southern edge of Beverley.
Mark said: “We are very proud of the homes we have built over the past 25 years.
“We started in Beverley and it seems fitting that as we celebrate our anniversary, we are preparing to build in the town once again, as we have done several times over the years.
“We have only just started groundworks on the Shepherds Rest site but have already had enquiries from potential buyers, demonstrating the reputation we have for quality and excellence.”
Among the recognition Risby has received are several prestigious Pride in the Job awards from the National House Building Council (NHBC).
Most recently, Olly was awarded the prestigious Seal of Excellence at this year’s Pride in the Job awards for his work as site manager at Westcote Farm.
Now in its 38th year, the Pride in the Job awards celebrate the exceptional contribution site managers make in creating homes of outstanding quality.
More than 16,000 site managers across the UK were eligible for the award, with only 140 winning the Seal of Excellence.
To mark the 25-year milestone, Risby has created a hamper of East Yorkshire produce, which can be won through a social competition. To enter, visit their Facebook page.