Render East heads west to build its business at the Bloc 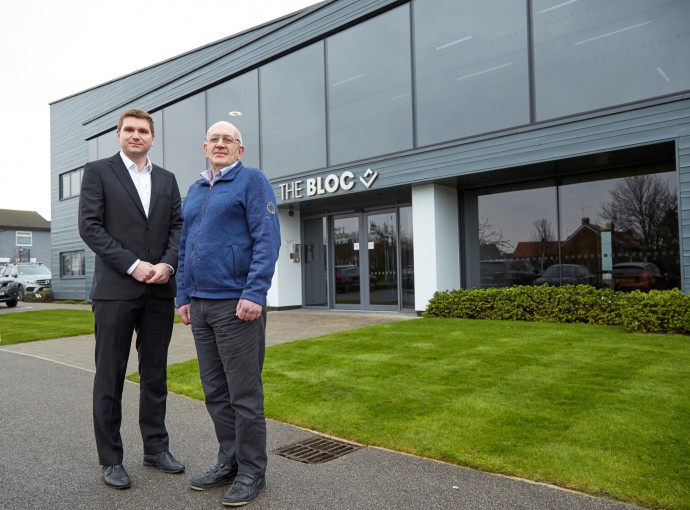 A fast-growing construction company that has helped to transform 3,000 houses in its home city of Hull is planning further expansion after moving its operation across the city.

Render East sees the relocation to the Bloc in Anlaby as a key step towards its next aim of doubling turnover. The growth will also benefit a partner company, Ilke Homes, which specialises in producing precision-engineered modular homes from its new factory near Knaresborough.

Peter Hirst, general manager of Render East, said: “This is a significant move for us. Our workforce is expanding, we’re broadening our client base beyond the local area and we decided we would provide a better service by moving to the west of Hull.”

Render East was launched in 2014 by its director, Jim Morgan,
who left a prominent Hull-based construction company because he wanted to
pursue his own ideas and ambitions. The company now has a workforce of more
than 130 with a mix of direct employees and sub-contractors, and the management
team of three is pursuing a strategy of increasing the company’s activities in
external wall insulation and render coatings and developing new products and
services.

Peter, who has worked in construction for more than 40 years, said: “We have been working for a main contractor on a project for Hull City Council and have completed nearly 3,000 houses in the Preston Road and Orchard Park areas of the city.

“As the preferred contractor we hope to secure similar work
in the near future and we’re also busy with Ilke Homes, which works all over
the country and has current projects in Hull, Mansfield and Somerset.

“Jim started out as a labourer and fork-lift truck driver and he launched Render East from his bedroom. He has a real talent for business and we have the skills and the experience to tackle a much wider range of jobs.”

The Bloc, part of Allenby Commercial’s portfolio of
properties, opened five years ago and its Grade A office space has attracted
businesses operating in sectors including recruitment, marketing and design,
accounting, IT, care homes and logistics.

James Joannou, associate director of Allenby Commercial, said: “The opportunity for Render East to move into the Bloc arose because of the departure of another business which had outgrown the space having expanded from five people to 40.

“We’d love to see Render East follow that example because
they have great potential and our commitment is to support businesses and help
them to grow by providing top quality office space.”

Ben Cooper, divisional director of PPH Commercial, added: “As home to about 25 businesses which between them employ around 250 people, the Bloc is very significant to the Hull and East Yorkshire economy.

“It’s all about growth and opportunity for businesses. It’s
suitable for any combination from one or two people up to about 40 and other advantages
include a high ratio of car parking, a meeting room which is free to use and its
location within a short walk of Anlaby Retail Park.”