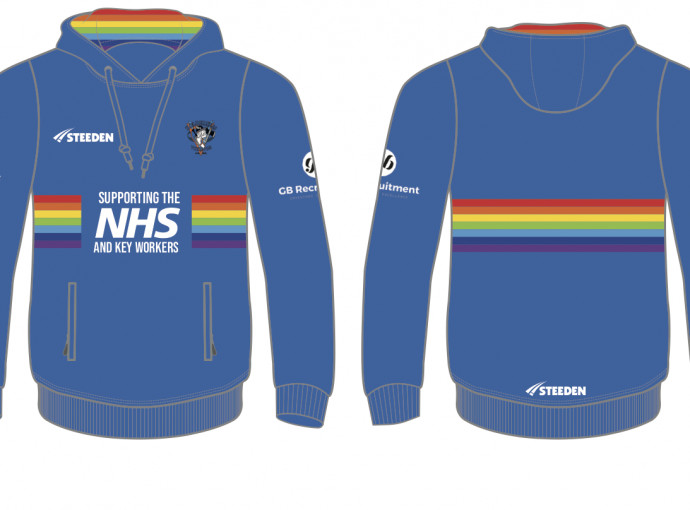 Glen Halliwell, associate director of GBIT Recruitment, which has announced its sponsorship of Holderness Vikings under-11s, said: “As a father of three I’m aware of the positive impact team sports such as rugby and football have on kids. The lads train hard twice a week and have definitely missed playing with their teammates and friends during lockdown.”
As a recent survey by Save the Children showed that more than 65% of children were struggling with boredom and feelings of isolation during the lockdown, managers at GBIT Recruitment hope that, although only a small token, the hoodies will provide a sense of unity from afar and act as a symbol that they are still part of a team.
Sports manufacturer Steeden has released limited-edition rugby balls and hoodies to support the NHS at this difficult time, and has committed to donating £10 from each hoodie to the NHS charitable fund.
“We are happy to be supporting Holderness Vikings again this season. It is an added bonus that part of the money we have donated will go to supporting our health heroes – the NHS,” said Antonio Tombanane, managing director of GBIT Recruitment.
He added that he believed it was important to continue to support local charities and sports clubs that might otherwise be overlooked during the current pandemic.