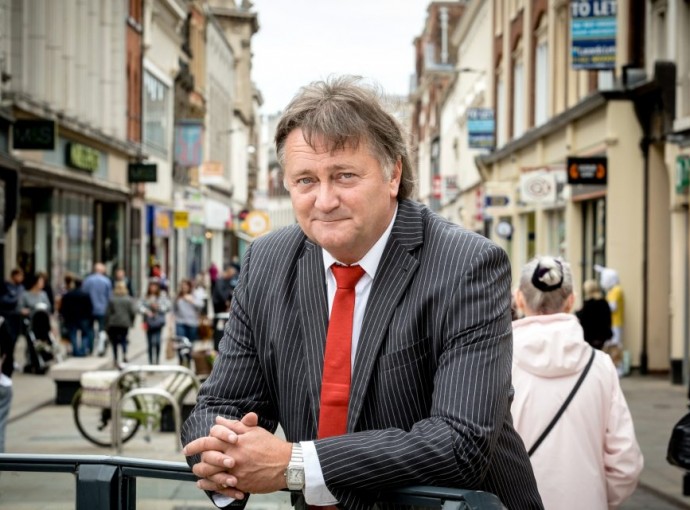 A business rates expert is calling for the introduction of a new rates relief to regenerate town and city centres.
Adrian Smith, founder of Adrian Smith Rating, advocates setting up a City Centre Regeneration Rate Relief with the aim of helping big-name stores, a move which he says would in turn benefit smaller businesses by attracting footfall.
He said: “If a city or town centre is not stimulated by having some of the larger stores it will affect the prosperity of the smaller businesses which need help to get footfall through their doors, and that’s much more important than Small Business Rate Relief.
“More should be done to give substantial rate relief to big names to encourage them to come in, bringing jobs and footfall and having a knock-on effect which will benefit small independent traders.”
Adrian cited figures which showed the difference between the rates payable for large town and city centre retail sites compared with major operations located in rural areas. He added that there is widespread recognition of the needs to support urban areas, with the key questions how to do it – and how to pay for it.
He gave the example of an online sales warehouse in the Humber region being charged at less than 75 per cent of the amount for a major department store in Hull and at less than 50 per cent of the figure for a store in Grimsby.
He said: “The out-of-town warehouses also save money in other ways by having fewer sales staff and by not needing the wide range of facilities required in a city centre property.
“How do city centre businesses compete? With Small Business Rate Relief applied to a rateable value of £12,000 a business would save £480 per month, but if a big store nearby closes it will cost more than that in lost footfall.
“A better idea would be to launch a City Centre Regeneration Rate Relief of around 50 per cent for shops, bars, restaurants and offices because they are all essential to a vibrant city centre business community.
“Over the years various governments have tried various ideas to help small businesses, such as rates discounts for pubs and the payment of hardship relief through local authorities, but the amounts involved have been too small to make a lasting difference and there are already suggestions that the new post-Brexit fund will fall into the same category.
“City Centre Regeneration Rate Relief would be a positive and productive way to help large and small city centre businesses and it could be paid for by introducing meaningful taxes for online businesses.”