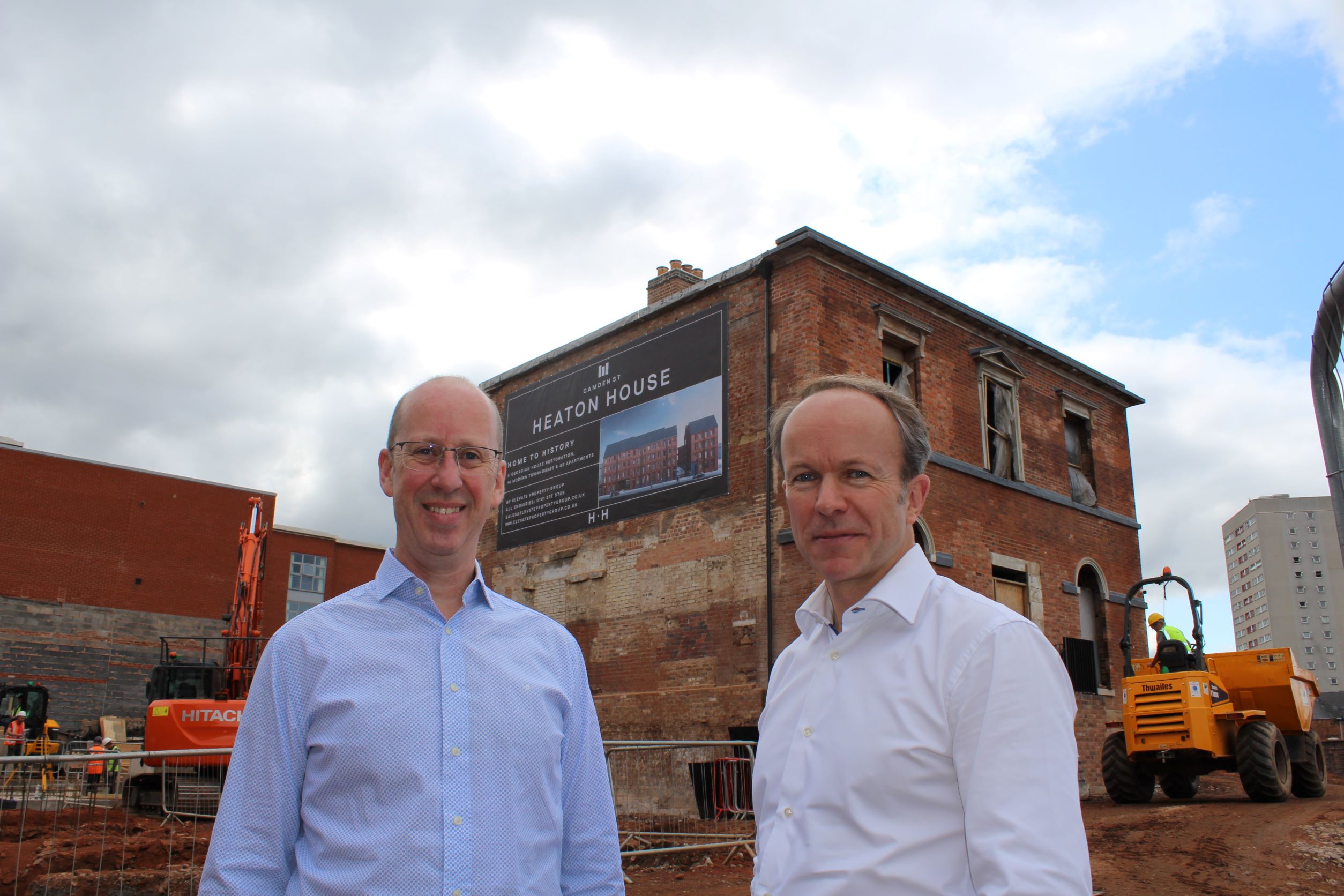 Principle Estate Management has been appointed to manage one of Birmingham’s most exciting new developments a year before the site is due to be completed.

Elevate Property Group chose Principle after a four-way competitive tender to advise on key issues while Heaton House is still under construction.

The site contains a 19th-century Regency villa, Heaton House, which was hidden behind derelict and redundant industrial buildings that had, over the past 200 years, grown up around the original merchant’s mansion that gives the site its name.

Elevate has appointed Kavannagh Construction as main contractor and it began work on the Camden Street development in the Jewellery Quarter in May this year.

They are building 56 residential properties, including 14 townhouses, 42 apartments, 4,300 sq ft of commercial space and Heaton House itself, which is being reimagined as a 3,455 sq ft four bedroom dwelling.

The original Heaton House was the home of a leading Birmingham merchant, William Cotterill. It was an early 19th-century villa on Camden Street, which at the time was part of the middle-class suburban developments that grew up on the fringes of the city centre in Birmingham.

Principle managing director Brett Williams said: “We are delighted to have won this competitive tender at this stage in the construction process because it gives us the opportunity to have input on some key issues that can significantly improve the finished product.

“Heaton House will be one of over a dozen developments we manage in the Jewellery Quarter and we were chosen because we have the ability to manage the commercial elements as well as our core business of the apartments and town houses.”

Stuart Winslow, property manager at Elevate Property Group, said: “Principle’s proposal and presentation was head and shoulders above the others.

“We have invited them onboard at this early stage in construction to advise on issues such as the siting of CCTV cameras, electric vehicle charging points and options, including electric bikes which becoming increasingly popular.”

Brett Williams said: “We too were impressed that, as a responsible developer, Elevate are going above and beyond the usual spec for issues such as acoustic insulation and fire safety systems.

“We will also be working with the sales team so that they are fully conversant with the service charge breakdown, what services are provided and the individual contributions for each plot so there are no outstanding questions on property management at the point of sale.

“Heaton House, during its refurbishment programme, will provide a prestigious marketing suite and show home for buyers wishing to see the quality and finish delivered by Elevate Property Group, while construction of the new build properties is underway.”

A show apartment will also be opened in the spring of 2022 with completion targeted for the summer.

Heaton House will be the second development constructed by Elevate in Birmingham that Principle will now manage as the firm was instructed in December 2020 by the leaseholders on Queensway House, 57 Livery Street, which contains six high-end luxury apartments. Principle also manages the 48 apartment Post House, Gloucester, which Elevate constructed in a joint venture with County to County.

Principle, which launched in 2018, now has more than 35 staff looking after a portfolio of more than 7,500 units in 300-plus developments across the UK.