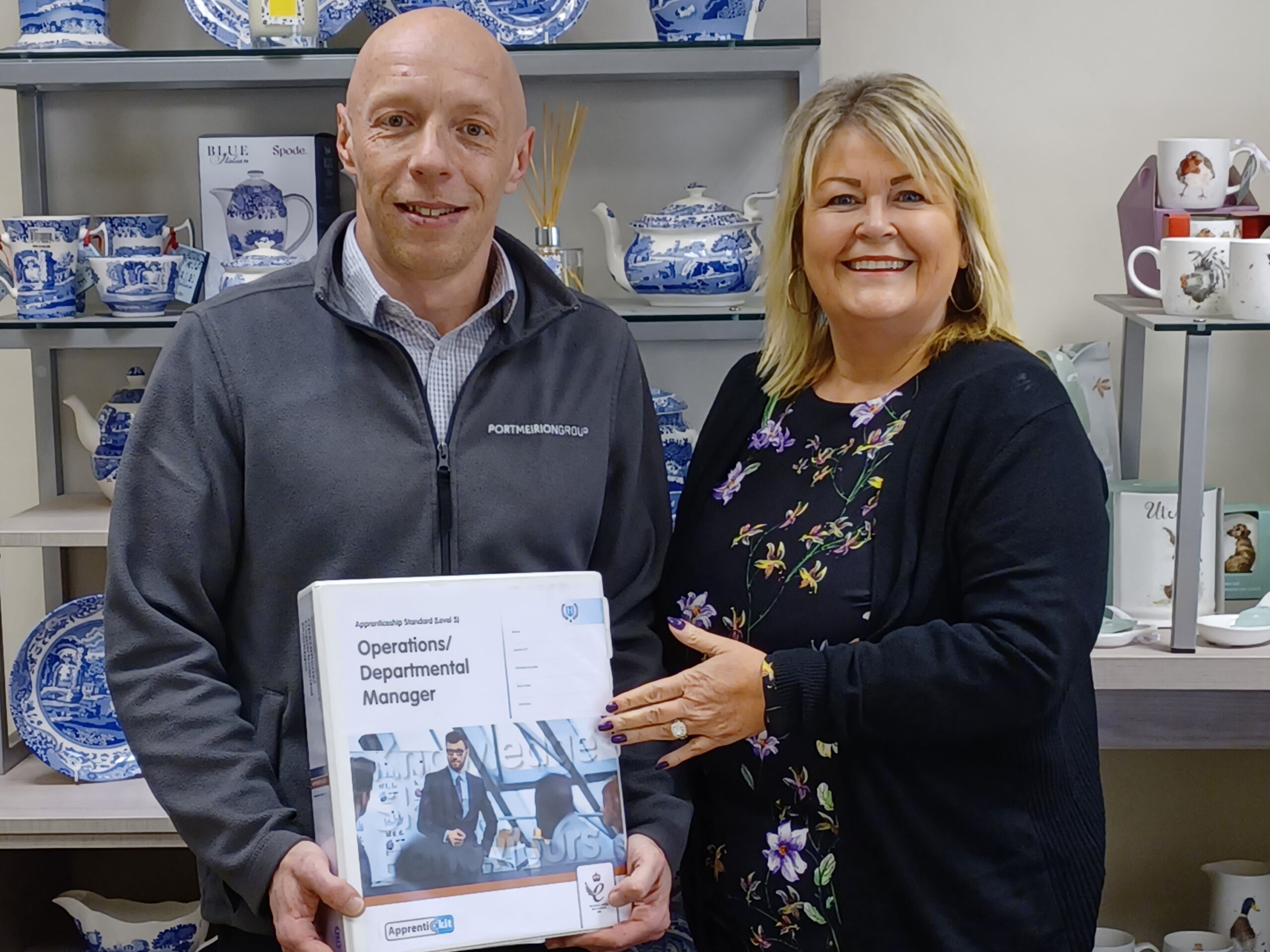 A Staffordshire potteries worker who started without a single qualification has secured a degree-level apprenticeship, thanks to Midlands training organisation Performance Through People (PTP).

Paul Clayton says his six-year journey to achieve an operation/department manager Level Five qualification has made him both “a better manager and person”.

Mr Clayton, who is now a shift manager at Portmeirion Potteries, in Newcastle-under-Lyme, started working for the firm eight years ago.

He had not achieved his grades when he left school, did not enjoy learning and did not want to learn, but following a marriage breakdown he applied for a job at Portmeirion, seeing this as an opportunity to develop himself.

He started studying with PTP back in 2016, initially completing a team leading Level 2 qualification.

Nicola Dulson, Mr Clayton’s learning and development tutor at PTP, which is part of the BCTG Group, said: “Paul openly admitted that he was not academic.

“He had never had any support or guidance, but after studying with us he quickly achieved his Level 1 functional skills math and English.”

Mr Clayton became a forklift trainer and was then promoted to shift manager with 38 staff in his team, and due to this he was chosen to complete an operation/department manager Level 5 apprenticeship – equivalent to a degree-level qualification.

Ms Dulson explained: “Paul, myself and his employer all discussed the challenges that lay ahead, and how this was a big jump from a Level 2 to a Level 5.

“It has not been easy but with Paul’s positive attitude and commitment, and my continued support, he has slowly but surely progressed, continually striving to achieve and putting many study hours in on his weekends off.”

She added: “Paul has also developed IT skills. He didn’t really use IT until he had the training role, and together we have used Microsoft and created filing for Paul to improve his organisational skills.

“Paul’s positive mental attitude has served him well, he has appreciated the opportunity to learn, he has embraced it and focused.”

Mr Clayton said: “I can honestly say, without the guidance from Nicola, I wouldn’t have been able to shine in my role as I have done.

“I thought it was going to be a challenge to go from Level 2 to 5, and it wasn’t easy, there were some days I wanted to throw the towel in, but after speaking to Nic about how I felt, she always made me feel better about it all.

“I have learned so much of which I can use, not only in my professional life but my personal life as well, and I can look back and say it was totally worth it, and it has made me a better manager and person.”

Mr Clayton added: “I would like to thank all the people at PTP Training and a special thank you to Nicola.”