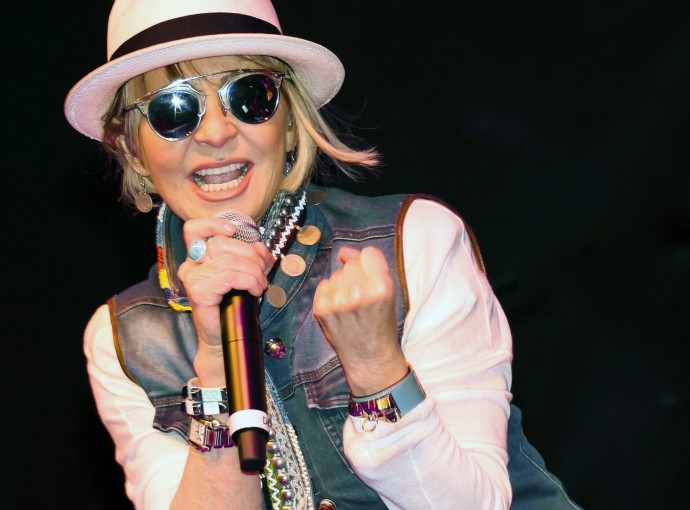 The show at the Bonus Arena on July 19 also features the Bootleg Beatles and has attracted a capacity crowd and extensive business sponsorship, raising thousands of pounds for the Daisy Appeal.
Organisation of the event has been driven by prominent businessman Trevor Boanas, his wife Pam and his PA Vicki Jackson, and their efforts have been praised by trustees of the charity as work continues to build and equip a multi-million-pound Medical Imaging Research (MIR) Centre at Castle Hill Hospital.
Andrew Horncastle, a leading local businessman and a trustee of the Daisy Appeal, said: “I am sure that the evening will be a fantastic event. With all funds raised going towards the costs of the new MIR Centre, huge thanks must go to Trevor and Pam Boanas and to Vicki Jackson for all the work they have done putting on this fund-raising spectacular.”
Andrew confirmed that Hull-based main contractor Hobson & Porter has now completed the roof on the new building and the hope is that the facility, which is next to the Jack Brignall PET CT Centre, will become operational in spring 2020. But he added that more money is still needed.
He said: “The building has been long in the planning, is hugely complex and very challenging and will cost over £8 million. Much of the money has now been raised but we still need another £700,000 and I would urge people to please support the appeal.
“The new centre will bring to our region exciting opportunities to provide new treatments and improved clinical services leading to better patient outcomes for local people. This facility will be a world leader.
“Massive thanks must go to the many local people and businesses whose donations have helped us, and the next few months will be very exciting as the project nears completion. Once operational, medics from the hospital will collaborate with scientists from the University of Hull to develop advanced radioactive drugs and new treatments to help people suffering with cancers, heart diseases and dementias.”
Karen Guest, also a trustee of the Daisy Appeal and a partner in Beverley-based jewellers Guest & Phillips, said: “It’s fabulous that Lulu is coming to this area and helping us to raise money for the Daisy Appeal, which is doing some amazing work to help the people of the Hull and Humber area.
“There was a time when Lulu was number one in Europe, not just the UK, but it’s nearly 40 years since she performed in Hull. The Bootleg Beatles are also brilliant. We’re delighted to be among the sponsors and we’re looking forward to a fantastic event and an evening to remember.”
In addition to Horncastle Group and Guest & Phillips, other business sponsors of the show include Bonus Electrical, MKM Building Supplies and Stratstone.
The Daisy Appeal was launched in 2002. Its first milestone was the opening in 2008 of a research and development centre at Castle Hill. The Jack Brignall PET-CT centre was opened in 2014. In addition, the charity purchased a table-top cyclotron and gave it to the University of Hull for research.
The current campaign has a target of £8.2 million to build and equip the new MIR Centre. The centrepiece will be a second cyclotron which is medical practice-compliant and will pave the way to the launch in 2020 of new procedures, possibly including scanning for Alzheimer’s and prostate cancer.
For further information on the work of the Daisy Appeal visit www.daisyappeal.org