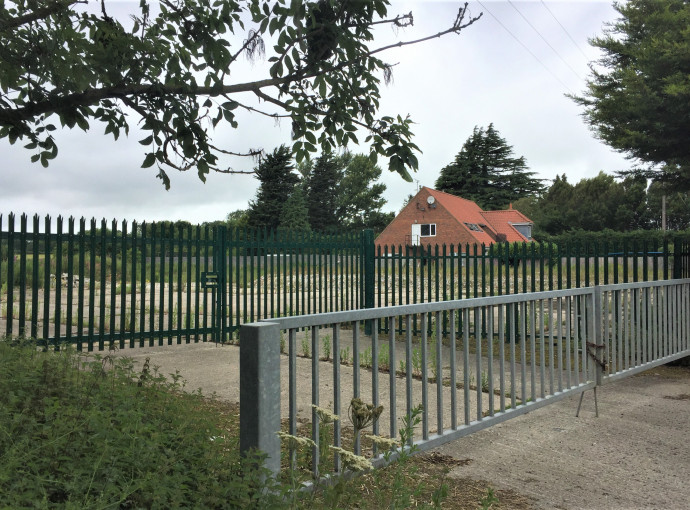 Lovel Capital Projects, part of Lovel Property Holdings, will now work on details of the scheme to transform the site in Killingwoldgraves Lane, on the outskirts of Beverley, which is the former home of Teckno Developments, a wallpaper and fabric pattern books manufacturer that was destroyed by fire in 2009.
Teckno has since relocated to Waterside Road in Beverley and Philip Lovel, managing director of Lovel Capital Projects, said the decision by planners at East Riding Council now paved the way to regenerate the original site.
The discussions with parties interested in operating the petrol station and convenience store and the adjacent development of four business units, ranging from 1,600 sq ft to 11,500 sq ft, will focus on the design and appearance of the site in readiness for submitting details.
Mr Lovel said: “We will be looking to progress quickly because the petrol station operator is keen to proceed and the whole project has the potential to create a number of jobs on the retail site and in the business units which will be suitable for a variety of uses.”
The development area occupies 4.2 acres of land off the Killingwoldgraves roundabout on the A1079 west of Beverley. It currently comprises a bungalow and an area of hard standing which is the site of the former Teckno Developments premises.
In a report to councillors, planning officers acknowledged the lack of petrol stations to the north and west of Beverley. They also referred to plans from another developer that were rejected last year for a filling station and convenience store on a greenfield site on the other side of the roundabout towards Beverley Racecourse.
The report said: “The current proposals are however considered to be more appropriate, utilising brownfield land previously in use for business purposes which is set within the context of other built development, yet still in a location well-related to the strategic highway network.”
The document added that the development could improve the appearance of the area and put the site to a viable use.
It said: “The petrol filling station and retail element of the proposal could constitute a community facility which would be supported in the countryside to meet the needs of motorists in a location where there is an absence of such facilities. It is not considered the retail element would have a significant detrimental effect on shops in the surrounding villages.
Lovel Property Holdings has a strong track record in delivering strategic land and commercial developments in East Yorkshire and across the Midlands and the North. Mr Lovel said the Killingwoldgraves Lane site was ideal for the new project and would bring important benefits.
He said: “People have tried and failed to secure planning permission for residential development of the site in the past and we felt this was a great opportunity to deliver a high quality roadside development. It will meet the need for a petrol station to serve the surrounding villages and motorists using the A1079 and it will provide business units with the potential to bring new jobs to the area.”