Pay as You Go PR Pays Off for Ruby 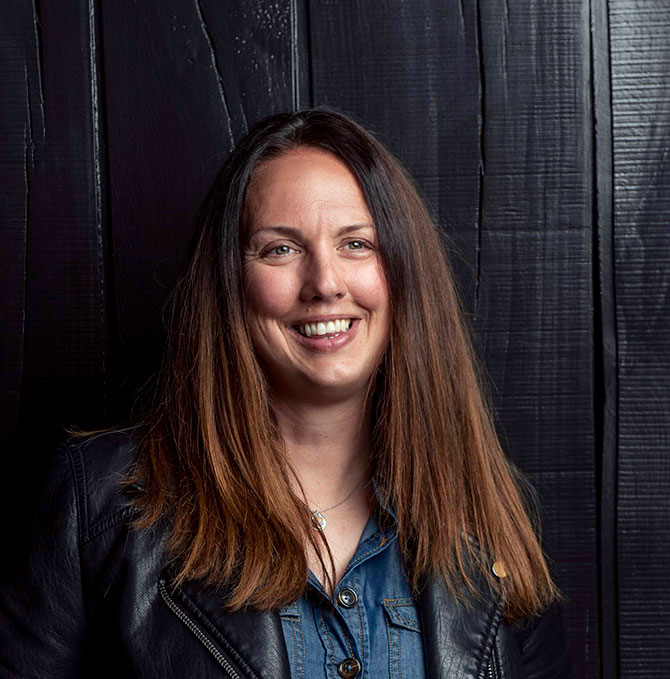 Ruby Edwards in full conversational flow is quite an experience for the listener – with the occasional expletive thrown in for good measure.

“I’m an unusual PR as I do not do bullxxxx. I do not do fluff. Usually, though, journalists and editors appreciate a candid approach.

“I always do what I say I am going to do, I have never missed a deadline, I have always been a straight talker… feel historically editors have felt that PRs are often fluffy.”

PRs tend to come in all sorts of different shapes and sizes, from Absolutely Fabulous Patsy and Edina style caricatures to hard-nosed in-house spin doctors, or from one-man/woman operators to well-staffed agencies with a roster of retained clients.

But Ruby’s Worcestershire-based You Do Better PR offers something rather different from the mainstream public relations crowd. Operating on a user-friendly pay as you go basis, the 47-year-old and her small team of associates can be hired for £40 an hour – providing a range of PR, communication and marketing services.

It’s a formula that seems to suit this self-proclaimed no-nonsense mother of two, who combines a wealth of corporate experience with a determined entrepreneurial streak which inspired her to launch You Do Better PR in 2017.

But it has been far from a smooth ride over the years for Ruby, a single mum for the last 13 years whose 13-year-old son Noah lives with a life-threatening condition called Platelet Function Disorders and Thrombocytopenia, putting him at risk of mild to serious bleeding and requiring constant vigilance and access to medical care.

“He lives with that on a day to day basis. I have to always be on call, in signal. The impact on our lives is substantial but it’s how our lives are. I have seen him die in front of me – it’s sobering.”

Combining motherhood and working commitments is rarely a simple matter – and typically Ruby tends not to dwell for too long on the difficulties of her own circumstances – but Noah’s condition has clearly played a crucial part in her decision to launch You Do Better PR nearly four years ago.

Raised near Pershore, Worcestershire, Ruby’s working background is in the utility sector and consultancy. After graduating with a degree in Sports Studies from De Montfort University, Bedford, she cut her teeth in the corporate world during her first commercial roles at Eastern Electricity, working as Tenancy and Pre-Payment Team Leaders.

“I loved the role – it was quite techie and I liked technology. I was later able to continue my career at British Energy based at Gloucester and ended up being a customer service manager for audit and compliance. Then I had my first child, Maya, in 2004 and things changed a bit then.

“I ended up going back to work as a consultant for an electricity company called Engage based in London, commuting from Upton on Severn to Hatton Garden. That was a big job and then I was pregnant with my second child. In tandem, I was running my consultancy business, mainly marketing and publicity for start-ups.

“Then I became a sole parent. I went back into employment for six months but I realised that family life and being employed was not going to work out for me. I had done 10 years in utilities and five in consultancy.

“In 2017 after six months of employment I had already created  You Do Better PR ready to launch. I had had a taste of PR with my various business experiences and also with Funny Blood (a fund-raising and awareness campaign set up to help sufferers with her son’s condition). I launched in October 2017 working from home near Pershore.”

Ruby’s years of corporate experience and nous for marketing – together with her desire to balance the demands of family life with carving out a livelihood – came together with You Do Better PR, which owes its slightly unorthodox moniker to a quote from one of her favourite authors, the late American civil rights activist Maya Angelou.

Ruby, who named her own daughter after the famed American literary figure, reels off the quote. “Do the best you can until you know better. Then when you know better, you do better.”

The mother of two warms to her theme as she extols the virtues of You Do Better. “Our USP is Pay as You Go. People do not always know what PR is and how we can support them. This option puts the risk on me and not them.” As if to underline her belief in the firm’s credo, she adds forcefully: “I would rather sleep at night than invoice people thousands of pounds for work I have not done for them.

“We are mainly targeting SMEs in Worcestershire. It can be anything from marketing to representing the company at meetings to running social media campaignsand writing press releases.

“I pick up work mainly through referrals, often friends of friends. I did a lot of gratis work to start with and that built up. I am now branching out to the Three Counties. I have about 30 clients. Some are sole traders, they range from insurance to commercial, catering to legal, glamping to sporting and construction.

“I usually get up early, I have been a sole parent of two children for 13 years, I can juggle, I am efficient with my time, I am a fast worker….I love being the master of my own destiny, I can be creative and my clients range from sole traders to £17 million turnover operations.”

Ruby’s vision for You Do Better PR has also seen her branch out into different directions. “I have learnt, engaged with people, gained experience. I do diverse things, I have work experience with global brands like Stella McCartney and Curvy Kate.

“Because of my son I set up Funny Blood (the name originates from the way she described her son’s blood to him and his sister). It is a good cause to raise awareness and funds for the Haemophilia Unit at Birmingham Children’s Hospital. Together we have raised thousands of pounds and I have met David Cameron when he was Prime Minister, been to the Houses of Parliament and talked live on BBC Breakfast TV.”

She also co-hosts a pay as you go networking group called Cotswold Business Connections, which has helped expand her range of contacts across a large part of the South Midlands.

With that sort of worldly experience and hinterland, Ruby has some pertinent views on the current state of the media, as she grapples daily with getting the message across both in print and online for her clients.

“It is a changing world in terms of what people want to read and hear. We seem to have a culture of gossip and celebrity. Clients want their stories to be seen and heard – one of the tricky things that I sometimes have to chat with clientsabout is that something is not newsworthy – I do that to maintain my client’sreputation as much as mine.

“I tend to work collaboratively. I often start by drafting what people might want and they will amend it or they will tell me what they want and I will amend it. Clients give me their news and I have to determine if it is a news release or an internal piece of communication or simply material for a blog.”

Interestingly, in an era when many publishing groups facing falling revenues and plunging circulations have pursued an unashamed digital-first policy, often at the expense of their own print products, Ruby favours print as a medium for publicity.

“Personally, I would always want to go for print. I would say print is platinum, people want to physically see their stories in a newspaper or magazine. Digital is great, it’s the way forward but I would still advise my clients to go for print too, it is my preferred outlet.”

But she is keen to stress that she is no Luddite. “We have to go with the times. The world has become increasingly more digital but there is still room for PR, whether it be in print or digital.”

Ruby accepts that social media – regardless of its capacity to encourage the worst type of cyberspace behaviour from Twitter’s anonymous trolls to Facebook fake accounts – is here to stay. With self-deprecating wit, she acknowledges that the team of associates she uses to steer You Do Better PR through its more pressurised periods are often more adept in the virtual world of likes and followers.

“It has its place – for SEO not ego. We manage a lot of social media but I prefer to write a piece of news and share it in a press release. My associates are better at certain things than me, younger and cooler, they bring some modernity to our writing.

“I see social media as the glitter on the bow at the end of the story, not the story itself.”

With newspapers under pressure like never before in today’s digital universe, Ruby sees chewing the fat with editorial staff as key to the future, for print or digital.

“I think you have to build relationships with editors in order to be heard. You can do that by being authentic and being you, not being someone else.But you also have to continuously write good, relevant and timely stories for them to be heard.”

When Covid struck in March 2020 Ruby acted swiftly to secure You Do Better PR’s immediate future. “I got in front of clients and took them off retainers in order to continue to service them and gain longevity.”

That longevity is Ruby’s ultimate goal, with further growth on the horizon for You Do Better PR. “We are growing, and I want to continue to grow. I have taken on a business mentor to help scale and grow. He is a consultant, helping me to develop the company. And I want to focus on data and analytics more strongly.”

Post-Covid, Ruby sees a promising future for her still young PR operation. “I am pretty excited about what is next for You Do Better PR. I want to enjoy the ride. I have learned an awful lot as I have grown the business and look forward to what comes next for us.”

Family life and a pragmatic approach to work are clearly key to Ruby’s future. As she puts it: “I want to support businesses in sharing their stories and raising their profile. I don’t want to tell people what to do. Don’t forget, I have two teenagers…they don’t listen to me.”