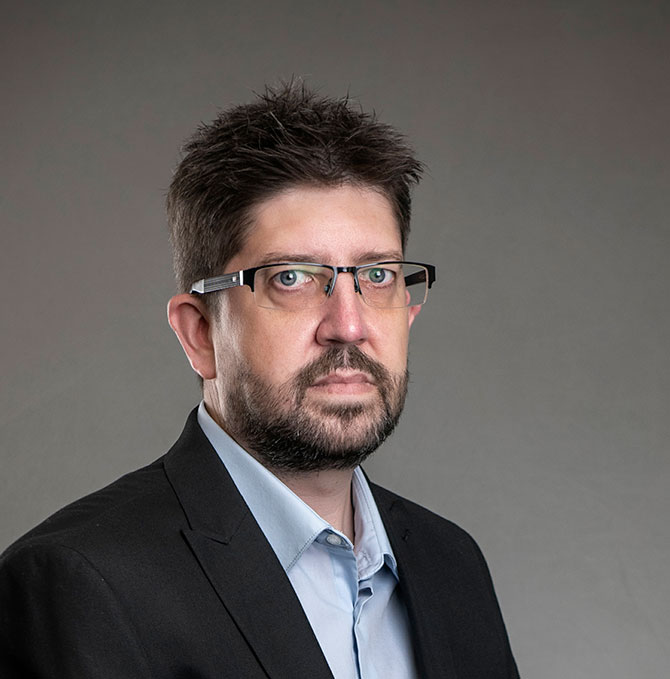 “We are people first, accountants second,” says Wayne McCormack as he reflects on the four-year success story that is Zoo Accounting – and the extraordinary progress of the firm after Covid struck and sent the UK economy into turmoil.

“Lockdown/Covid was a major factor in our growth, but at the same time we were on the upward trajectory anyway. When I say we are people first, what I mean by that is that our clients look to us for guidance,” says Wayne.

“Although we were in the same position in terms of all this (Covid) being new to everybody, we recognised that we had to digest the information quickly and translate for our clients in a way that just made sense.”

Whilst lockdown in the wake of Covid brought many firms across the UK to their knees, the reverse is true for Zoo Accounting. The firm has virtually doubled in size with a string of new roles created – while turnover has increased bv around £100,000 to nearly £600,000.

As Wayne points out: “We now have a team of 13 with a need for three additional members of staff on the horizon. Through lockdown we essentially doubled in size. Lockdown showed us just how key the role of an external accountant can play in a client’s business.

“We sent out regular communications whenever needed (sometimes daily) to assist with Government grants/support and understanding the tax implications, which were shared by our clients and in turn attracted new clients who just weren’t getting this service from their previous accountant.”

It’s all a far cry from the original launch of Zoo Accounting around four years ago – but the life and times of the flourishing accountancy firm are inextricably linked with the life and times of Wayne himself, a man who has been a butcher, bingo hall worker, casino croupier, postman, and other varied roles….

Apparently slightly reserved at first encounter, Wayne is nothing if not eminently quotable when he gets into his conversational stride. A chat with this engagingly enigmatic character has more twists and turns than his very own business career, which began as a teenage glass collector in a bar on the back streets of suburban Birmingham around three decades ago…..the quotes just keep on coming..

“I enjoy working, I want to buy the world, see the world, do everything…….. it’s like Rudyard Kipling said: ‘If you can dream, but not make dreams your master.’ “I went to three different secondary schools. I really struggled, I think I had a problem with authority.

“It was a real journey, it’s part of what moulded me into the strange person I am today, I do not look at myself as a normal person. I wake up at 3.30 am with ideas for the business, I do not switch off.

“Accountancy is the less interesting part of the job….all the strategy meetings with the clients are the best, where they take your advice, do something and watch it have an impact. Anybody can be an accountant, the key thing is looking at numbers, and being able to come up with a strategy.

“Zeta Hewings (his co-director at Zoo Accounting) is the real boss, she is the practical one. Two-thirds of the crazy ideas I get, she just jokes ‘stop dreaming’……Zeta is the first person I have trusted in business, and that took a good few years.

“The business would not work without Zeta at all. The way myself and Zeta are so opposite makes the winning formula. I class myself as reasonably bright. I didn’t do A Levels, the academic world was not for me. Why should everybody be judged on all their school life on three weeks of exams?

“My accounting qualifications came later in life, studying around work. I do not really have friends. I only need four hours’ sleep a night. Any job, I have always been the first one in and the last one out.

“I have always been very good with numbers. I do not class myself as an accountant, I class myself as an entrepreneur.” He freely throws out colourful anecdotes from a remarkably varied working life which have helped mould the refreshingly frank character sitting at his desk in the accountancy firm’s offices in Alcester into the determined entrepreneur of today.

He talks with some regret of the day he was head-butted by a colleague at the butcher’s shop in Northfield where he worked at his first full-time job. “He was late and I had a bit of a go about his timekeeping but I could have been more tactful. I was 17, he was 29….he lost his job, I could have handled it better. It was a good life lesson, it was all down to respect for your elders.”

He recalls helping out with bingo sessions at his parents’ favourite working men’s club on Sunday afternoons. “It was ‘five and nine, the Brighton line’, all the pensioners joining in….it’s about moulding us, all these experiences. I was 23, I felt that I had done every job on the planet.”

With all those jobs/experiences on his CV, a significant clue to Wayne’s extraordinary work ethic lies in his own father’s background. The McCormack family grew up in working-class Birmingham in the suburbs of Weoley Castle and Northfield, at a time when Rover still employed many thousands at the giant Longbridge car plant just up the road.

It was a gritty environment which gave a young Wayne a few insights into the business world he would utilise to his own advantage in the fullness of time….. “My dad Patrick had his own businesses, a kitchen fitter, an ice cream van, a car showroom, cafe owner, running a car wash. He had a very colourful life, he is from Dublin and my mother is from the Forest of Dean.

“He moved across here when he was very young…there was an anti-Irish feeling when he was growing up in Digbeth. He always worked – when he was doing the car wash, he was there seven days a week when he was 69, often in freezing temperatures.

“I used to go and help him at weekends. For five years, I was working Monday to Friday in other jobs and Saturdays and Sundays with him…..I did that to help him out. But my dad never re-invested in his businesses, which has been one of the biggest lessons for me.”

Wayne, 45, clearly shares his father’s determination to dust himself down and absorb the knocks as well as enjoy the triumphs.

But he’s also learnt from Mr McCormack Senior’s attitude to investment, or more precisely the lack of it. “We will invest. The first two years of the business, I lived on credit cards for 18 months. Where possible, we do not take money out of the business for ourselves so we can use it to continually grow and develop.”

Combining his father’s never say die attitude to work with his own long-term ambitions and more visionary approach to business, Wayne has been on a largely upward curve – albeit with a few bumps along the way – ever since he landed his first job in the world of accountancy with Scrivens Opticians in inner-city Birmingham after completing a £2,000 book-keeping course sold to him by a door to door salesman. “I knew that I wanted to be an accountant because of my ability with numbers and the commercial side of things. I was an Assistant Accountant at Scrivens, that was my foot in the door.”

Finding career progress blocked by a more senior accountant, Wayne moved to the Engineering Employers Federation (EEF) in Birmingham in another trainee role. “I left Scrivens on good terms. One of the owners took me to one side and tried to convince me to stay. I had wandered into accountancy, but happily so. It (EEF) was a similar role to Scrivens, but more defined.

“I met up with some really good people at the EEF, colleagues I have kept in touch with. I was there for about five years.” Wayne found himself redundant following a restructuring but was undeterred. “All of this is just fate,” he says today of his chequered career history.

His next role was with accountancy software providers Infor Global Solutions at Blythe Valley Park in Solihull – “I worked there for about a year, it was only temporary, I was always looking for the next job that would assist in my development” – before switching to Sanctuary Housing, one of the UK’s leading social landlords, in a role based in Worcester.

After three years he was again made redundant – “I sat down and cried, I do not understand why I was so bothered, I hadn’t seen it coming, I struggle with trusting others in business and what happened there made me feel betrayed. I think it goes back to that.”

Once more, Wayne bounced back and secured a new job with office space specialists Citibase in Birmingham city centre for a five-year stint where he was to meet Zeta Hewings, a fellow colleague. The seeds for what would become Zoo Accounting were slowly being sown.

“She quickly got promoted through the ranks and became equivalent to me. We worked together there for two or three years jointly managing the finance team.” Wayne had earned extra income by undertaking freelance self-assessment work for clients and finally decided to take the plunge and,  in tandem with Zeta, branch out with a new venture, initially as Stealth Financial Services, and later as Alphabet Business Consultants based in Redditch before hitting on Zoo Accounting and Business Solutions.

“We started with about 35 clients which I brought in from my freelance work. We inherited about 40 (from an accountancy contact who sadly died). We took on our first member of staff in 2018. We moved in here in Alcester in October 2020. We have bought this office. The previous one (in Redditch) we rented but that was dead money.

“We do not really advertise, all the new clients we get are from referrals – those are the best ones as they have come from another client who can actually vouch for our services. We push and drive customers, but we do not harass them. We don’t like clients to receive penalties. We are not old school accountants, it’s a different, quirky stance.

“We are always actively trying to get our clients business. When a client asks us if we know anybody that needs help with something, we’ll always try to introduce them to another client of ours who can benefit.

“It is a 10-year plan, it’s not going to happen overnight.” With wife Sharon, two sons and two stepdaughters, Wayne clearly has something of a juggling act on his plate to combine his punishing work schedule with family life.

“I work 80-hour weeks. I leave the house at 6.30 am and do not get back until 8.30pm. I love work and my wife is supportive of the extra commitment needed when running your own business.”

Ever the perfectionist, Wayne says there is room for improvement. “We are really bad at shouting about ourselves. That is a good thing because you don’t want to come across as cocky but it’s all about letting clients know the good news.”

He’s also keen to shower praise on his own staff. “Any good business is all about the staff and our staff are absolutely brilliant. Our clients know they can call us at any time and we’ll do everything we can to help.”

If team spirit is the secret to success Zoo Accounting appear to have hit on a winning formula. It’s even evident on the signs on the walls, where the office boardroom is the Lion’s Den, the main nerve centre housing the team is the Monkey Sanctuary and the toilets are the Zoo Loos. They have even built a bar on site which they’ve named the Zebra Cross Inn…