Not The Me Show; Kit Barber’s Management Style 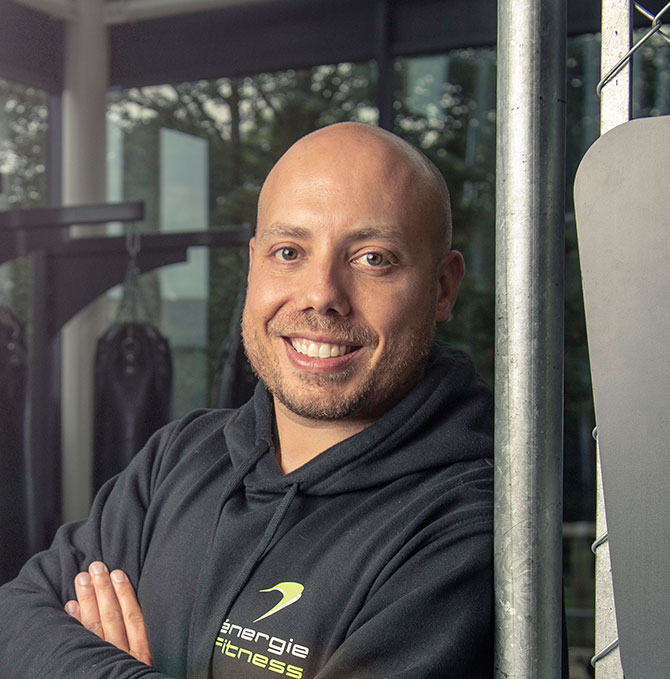 At a youthful 40 years old, Kit Barber is the driving force behind a multi-million pound empire spanning photography, fitness, financial consultancy and property, providing livelihoods for around 40 people throughout the Midlands.

Not that he is one to boast about his serial achievements. “It’s the good people I have got around me – it is not the me show, it is the everybody else show. It is all about the personnel that work with you.”

Neither is Kit an autocrat nor a fan of the old school Alex Ferguson hairdrier management approach. “My management style is giving people ownership and responsibility so that they can run the business how they see fit.

Kit freely admits that he gets his biggest kick from seeing his staff develop their own careers. “I really enjoy all the different businesses and I think the commonality is working with the different teams, seeing how you can affect their performances…..I am only successful because of the people around me.”

There is, perhaps, a touch of understatement about this genial entrepreneur’s assessment of his business philosophy. After all, he is the man whose original visionary flair has ultimately provided employment for dozens of workers from Leamington to Birmingham, and from Leicester to Cheltenham over the course of a varied 20-year business career.

Or maybe he is just one of those fortunate people who genuinely love what they do, with quality of service the key to success. “I have learnt as I get older that it is about providing value, and then money comes with it. You get feedback, if the money is not coming in, you are not providing the value. I really love what I do, I do not think of it as work.”

It would seem that Kit and his teams are clearly providing that necessary value across his Venture Studios photography business, his Harbor Lite business investment arm, his K and S property concern through to his Energie Fitness gym in Cheltenham. Life is busy and varied for the businessman who learnt to make money from the stock market when he was a mere teenager.

“I was dabbling in stocks and shares when I was 14. I made decent money and I continue to make decent money as an extra thing – it was just a hobby. I thought I would be a stock trader at one point, or a marine biologist, or a forensic pathologist, or a photographer, I wasn’t quite sure.”

Ultimately, photography proved to be the career choice which would put Kit on the road to today’s multi-faceted business career. “I went down the photography route because I didn’t want to do seven or eight years as a PhD. I started making money from photography when I was 17.

“I started as a freelance, a one-man band doing extreme sports and motor sports. I have always had a big love of motorbikes. I was originally going to do marine photography but it was prohibitive in terms of costs.

“It was mainly press and magazines. I made a decent living for my age. The lifestyle was good and the money was OK but I think long-term it wasn’t a sustainable job that I wanted to do forever. I actually got offered a job on the Guardian as a full-time staffer and it was £9,500 a year to work in Central London….supply and demand, I guess.”

Kit’s decision to avoid the Fleet Street rat race and set up roots in the Midlands would eventually prove a wise choice. As the national newspaper industry continued to battle with plunging  circulations with the Internet era decimating much of the print media, the young freelance was making significant strides ploughing his own furrow.

“When I was 21 I decided to change my craft and become a portrait photographer, because I could see that there was probably more commercial legs in that in the UK. I bought a house in Hinckley when I was 21 with a 100 per cent mortgage and then I took out a humongous loan and started with my first photography studio, when I was 22. It was based in Leamington Spa and we did the loan through the then Department of Trade and Industry.

“The loan was for £250,000 and I paid it back quicker than was required. We got work through marketing and advertising and then it snowballed. If you deliver a decent service, then people will come back. The first studio in Leamington was great but very big and very expensive, so I learnt quite a strong lesson of keeping my overheads lower. The unit was costing £100,000 a year in rent and rates and that is a lot of stuff to sell just to break even.

“It was great having loads of staff but there were also very high overheads. You find you are working very, very hard to pay everybody else apart from yourself. A few years later we moved just around the corner to a slightly smaller unit which was off the main High Street, so the costs were halved. That was a massive learning curve in terms of cost control.”

Today Kit’s Venture Studios empire has grown to incorporate bases in Birmingham, Leamington and Leicester – and the former one-man freelance has diversified his photographic interests further. “Having all the portrait studios, I then formed another company, Obskura Kreative, and we do commercial, high-end, brand photography.

“It tends to be a lot of luxury and spa brands, say the product launch of a new after shave. Most of the work is done out of our Birmingham studio – we have got a team of five and that is videography as well as photography.”

Kit diversified his business operations once again when he launched a separate company, Harbor Lite Ltd, specialising in business investment and “based in the ether,” as he explains.

“It is either investing into a company directly through cash or it tends to be more helping a management team improve their performance, improve their staff capabilities, their retention, their training so that it increases the company’s bottom line.

“I set that up a decade ago, I have worked with quite a few different companies, some big, some small, to help improve their performance. Sometimes I will just invest in the company itself and will buy shares and other times it will be to consult with the management teams to help improve their bottom line. It’s business coaching, effectively.”

Ever on the lookout for other business opportunities, Kit expanded his business interests further more recently as Covid threatened to bring the economy to its knees. “During the Covid period I went shopping to have a look at who wasn’t doing too well and who was and I came across a brand called Energie Fitness.

“The plan was to buy a couple of gyms that had gone bust during Covid because it was a tricky time for gyms and the fitness industry. I came across Energie Cheltenham during Covid – it had closed down so I took over. The plan was to launch one gym in each town where I have got a studio.

“I did the due diligence and took over the gym last year. It was really risky coming out of Covid – it’s a challenging business but it’s really rewarding as well seeing a lot of our members go from being unhappy because of their body or their mental health, and then giving them the ability to train, the confidence, it is really, really rewarding. It is high service level, just like our studios. A lot of people are a bit nervous going to the gym, so there is support to help them. Our oldest member is 81, the youngest is 16.”

The fourth arm of the Barber business empire is his K and S Property firm, which he describes, again with that trademark understatement, as “more of a hobby.”

“It buys property, does them up and sells them on. I set that up three or four years ago.”

Kit emphasises that his various business interests are separate entities. “It is not all integrated. They are their own islands in the sea.”

But to continue with the analogy, it’s clear from talking to Kit Barber that he is very much the man with a business footprint on each island, however much he chooses to delegate to his trusted managers and the rest of the staff.

“My wife jokes that I enjoy collecting businesses and I think maybe there is an element of truth there. This is why I find it weird talking about myself because a lot of the team do not realise some of the other things I do, because they are quite separate.

“I used to be money-led but I do not think that I am any more. I would say I am more success-led. My perception of success is seeing team members within my business flourish and grow, I get a real kick out of that.”

So what are the future ambitions for a businessman who has achieved a great deal at a relatively young age, despite his apparently sanguine and self-deprecating attitude to success?  “I am constantly evolving. I read a lot, I try and be the poorest and thickest person in the room so that you learn from people who are far more successful than you.

“There is always somebody more successful than you, someone that is further down the line, someone who has done things better in different ways and you try and learn and have a level of openness.”

Notwithstanding the successes of others, it’s probably fair to suggest that Kit Barber – who learnt how to make money from the stock market when he was just 14 and now heads a multi-million pound business empire across the Midlands – is unlikely to be the poorest or thickest person in any room any time soon.

Or as he explains his business philosophy: “As long as you learn from failure, it is not really failure. It is just another lesson in taking the right direction.”