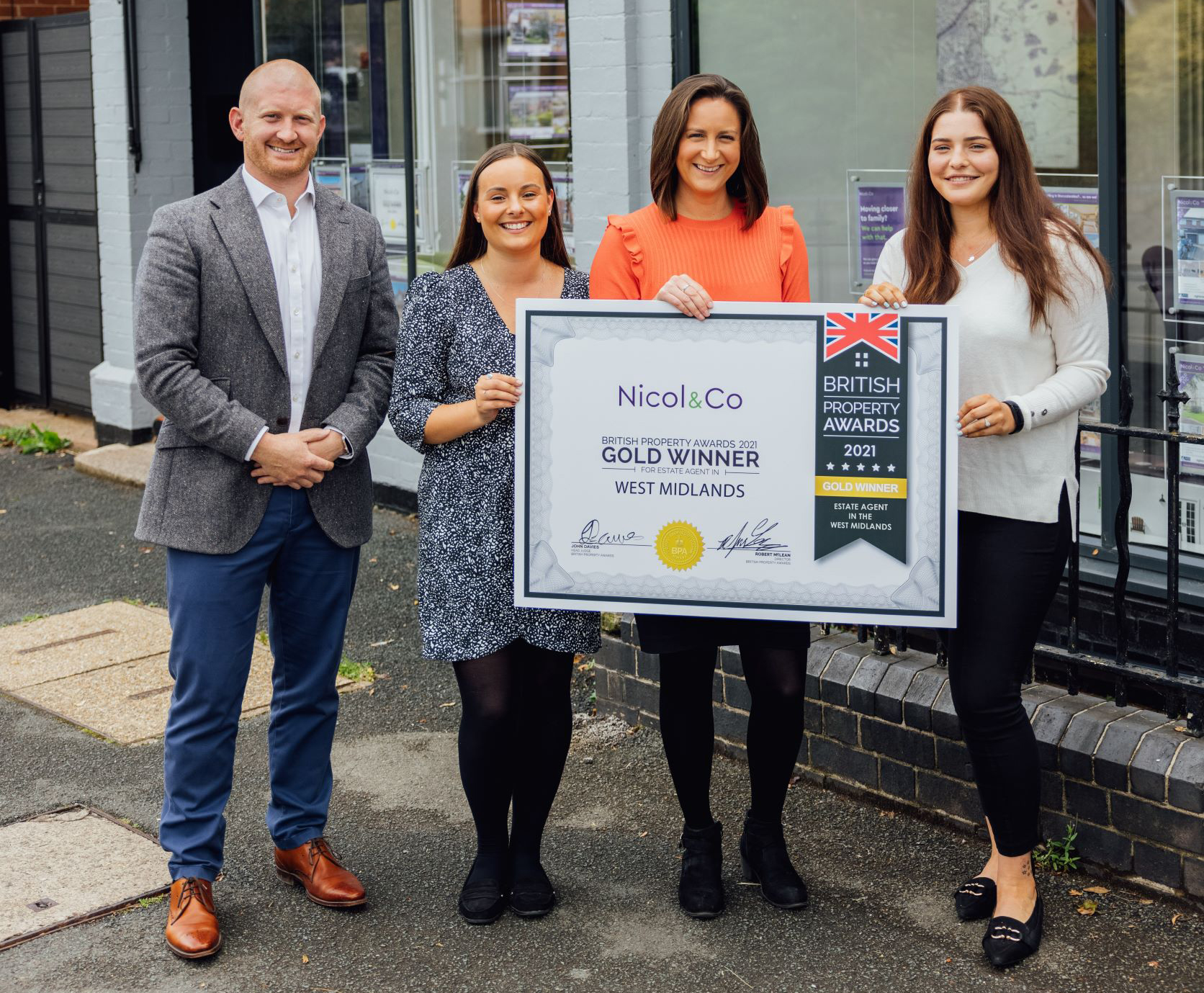 It’s only been open since January, but an expanding Midlands estate agent’s new branch office in Malvern has now won its second Gold in the British Property Awards.

The Nicol & Co team at 61 Court Road had already won a Gold earlier this year for being the best estate agents in the town.

Now they have won a regional Gold after being judged as one of the best estate agents across the whole of Worcestershire, Herefordshire, Shropshire and the West Midlands.

Erica Hinwood, Nicol & Co’s sales manager in Malvern, said: “We were all chuffed to bits when we won our first gold within a few months of opening here in Malvern.

“But to be recognised with another ‘Gold Award’ for what is effectively the entire West Midlands is incredible, and shows just how hard the team is working.”

Ms Hinwood explained that the British Property Award judging team had carried out mystery shops at every estate agent against a set of 25 criteria to reveal customer service levels.

She added: “We pride ourselves on delivering the highest quality of customer service, and it’s a great boost to the whole team to have this highlighted by judges in the British Property Awards.”

Matt Nicol, managing director of Nicol & Co, which also has branches in Droitwich and Worcester, added: “Erica and the team in Malvern have had a great first year, despite all the challenges of Covid-19 lockdowns, and we’re all very proud of what they have achieved.

“We now look forward to continued success in Malvern and across Worcestershire in 2022.”

“Agents who go that extra mile and provide outstanding levels of customer service are rewarded with our Gold Award, which acts as a beacon to highlight these attributes to their local marketplace.”

The latest award follows Nicol & Co’s recent success in the EA Masters Awards when the company struck Gold for both sales and lettings.