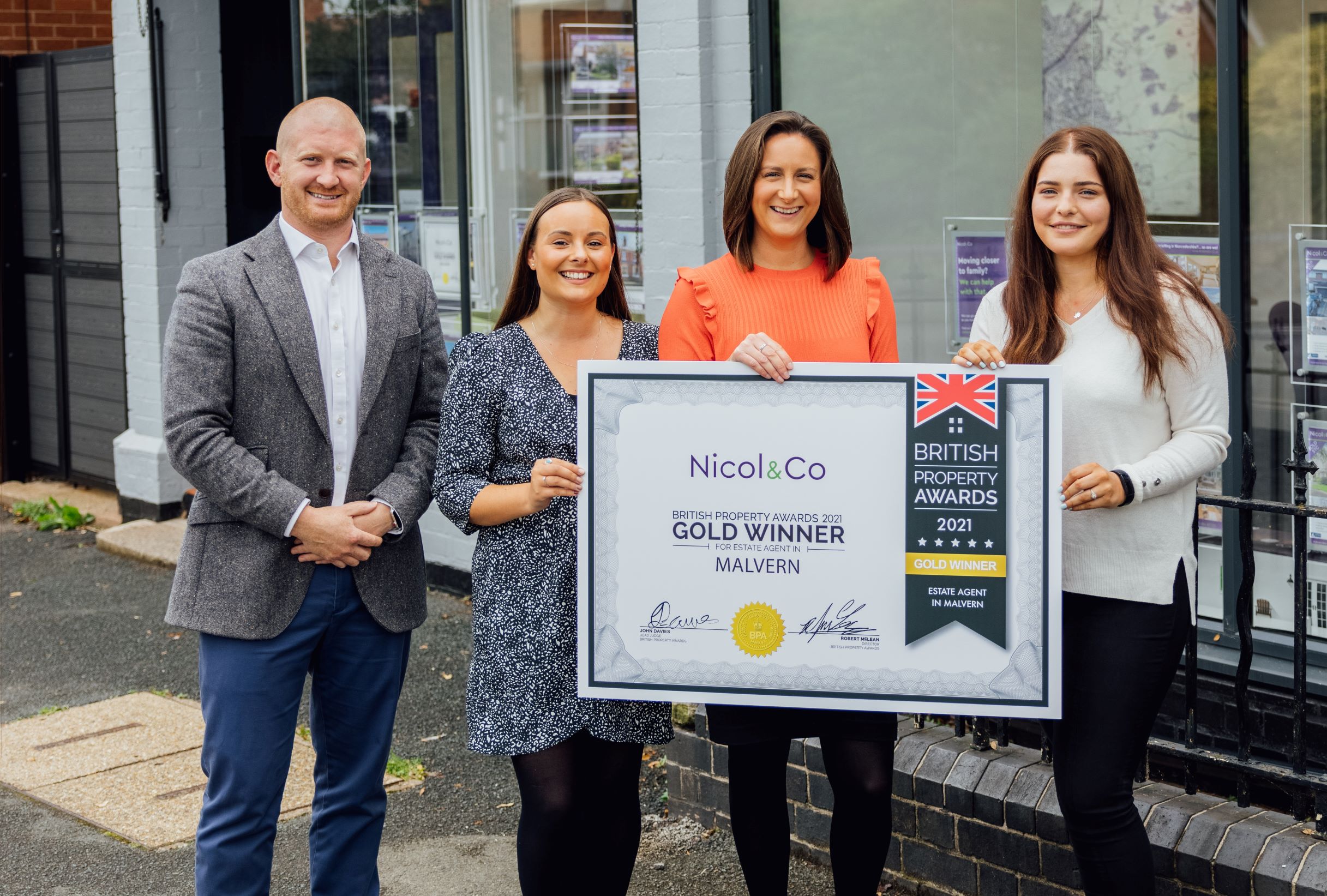 Expanding Midlands estate agent Nicol & Co’s new branch in Malvern has won the Gold Award for the town in the British Property Awards.

The accolade is a prestigious one for the company, which only opened its Malvern office on January 4 this year but has already made a major impact in the town.

“They have now been shortlisted for a number of national awards which will be announced later in the year.”

Mr McLean explained that the British Property Awards provided agents with an opportunity to compare the service they provide against their local, regional and national competition.

The judging team personally carry out mystery shops at every estate agent against a set of 25 criteria to get a balanced overview of customer service levels.

He added: “Agents who go that extra mile and provide outstanding levels of customer service are rewarded with our Gold Award, which acts as a beacon to highlight these attributes to their local marketplace.

“The British Property Awards are one of the most inclusive estate agency awards providers as they do not charge to enter.

“Winning agents should be proud that their customer service levels provide a benchmark for their local, regional and national competition.”

Erica Hinwood, Nicol & Co’s sales manager in Malvern, said: “We’re thrilled to have been recognised with this Gold Award in the first few months of our presence in Malvern.

“We’re especially pleased because the judging included a mystery shop phone call, plus a call outside normal working hours, to find out how it was handled and whether we rang back and left a message.

“The fact that we excelled in that kind of detailed judging, along with the overall high performance of the new branch, gives us a great boost as we know we’re delivering quality customer service.”

Matt Nicol, managing director of Nicol & Co, which also has branches in Droitwich and Worcester, added: “This is great news for the Malvern team who are worthy winners thanks to all their hard work.

“We planned the Malvern opening so carefully, both in terms of the exact location of the branch and by recruiting sales manager Erica Hinwood who leads the team back in May 2020 at the height of the pandemic to make sure she had plenty of time to prepare operations.

“The fact that this has all paid off with a Gold Award so soon means that all that hard work was worthwhile, and we now look forward to continued success in Malvern and across Worcestershire.”