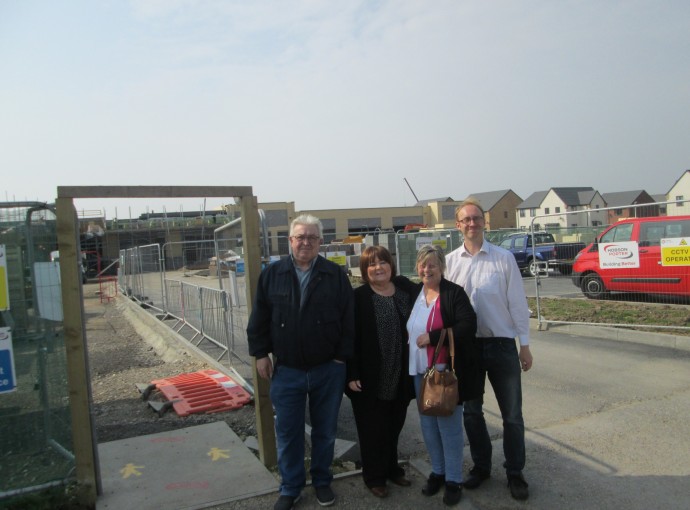 The destination in Wawne Road, developed by Priority Space, will be known as Monks Way Retail Park.
The name was selected by judges because of its links to the area’s Meaux Cistercian Abbey and the Monks of Meaux, who were influential in the area nearly 900 years ago. It was put forward by Peter Fenwick who has lived in Bransholme for 50 years. He will receive £250 in high street vouchers donated by Priority Space.
Peter, a retiree, said: “I’m thrilled that my suggestion has been selected by the judges. I did a little homework on the history of Wawne and found out that 12 monks were sent here to manage the sales of wool in the area. They acted as the middlemen for the sale of wool which came from Fountains Abbey in North Yorkshire in the mid-1200s – so the name is a nod to them. I will be spending the vouchers on treats for our upcoming holiday and maybe some plants for the garden.”
Priority Space received 60 entries into the competition from residents, community groups and schoolchildren. The judging panel consisted of Cllr Anita Harrison and Cllr Charles Quinn from Hull City Council and staff at Priority Space.
Adam Richardson, co-director at Barnsley-based Priority Space, said: “We really wanted residents to feel a part of the development and would like to thank everyone who entered.
“It was a tough decision, with some fantastic entries, but we all agreed Monks Way reflected the area and gave the retail park a clear identity. It’s really important to us that the name has relevance to local people, and we’d like to congratulate Peter on his winning entry.”
Plans are now being developed for a statue which will be installed by contractors Hobson and Porter at the entrance to Monks Way Retail Park. The art piece will celebrate the new name and history of the area.
The retail park is due to open at the end of June and will include a One Stop convenience store, veterinary practice, pharmacy, bakery, takeaways and a family restaurant.
Monks Way Retail Park is part of a wider development which will see 1,660 new homes built on Wawne Road. The housing development is being delivered by property consortium KSHP – made up of housing developer Keepmoat, Strata Homes and Persona, part of Home Group, in partnership with Hull City Council.