New jobs and facilities at Educare after major investment 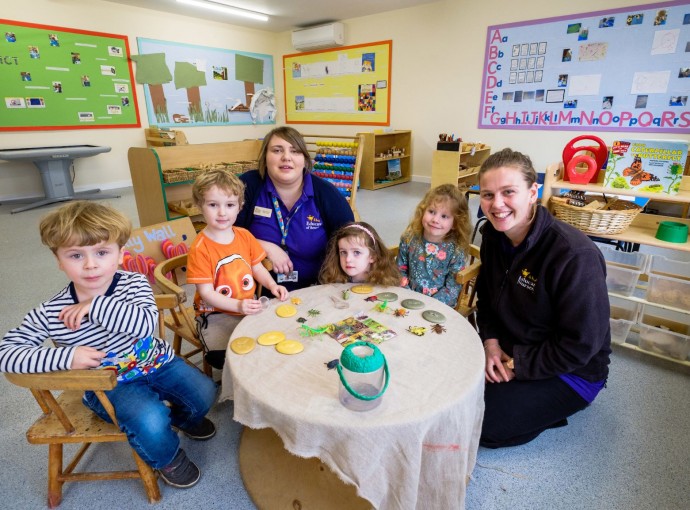 A children’s nursery marked the start of 2019 with the opening of a new facility following a £150,000 investment programme that has created six jobs.

Educare in Mill Lane, Beverley, funded the construction of a first-floor extension itself in response to growing demand from families to take up the offer of 30 hours of free childcare every week for three and four-year-olds.

The project has made
room for a new library and sensory area, with existing services being
reshuffled to create more space in the nursery’s out-of-school and holiday
club. As a result, the overall capacity of Educare has increased by 20 to 110
child places plus 40 in the out-of-school club.

David Whincup, owner of
the family business, said: “The take-up of free provision has increased notably
since September and there is a lot more demand for the out-of-school club
during the school week and during holidays.

“We have invested a total of £150,000 in construction,
decorating and equipment and have funded it ourselves to create more space,
accommodate more children and support more families in the area.

“Awareness of the free childcare is increasing among parents but some nurseries have struggled to provide it. Our aim has always been to meet the needs of the local community so we committed to making the investment with more space, better facilities and opening hours of 7.15am until 6.30pm every week day except bank holidays, which are very useful for working parents.”

Educare is in its 20th year having opened in May 1998 with about 12 staff – a figure which has now increased to 35 with recruitment supported by the latest investment.

Becky Dawson, who has
been at Educare for nine years and is now team leader for the new facility,
said: “The quality of space and the facilities has improved so much over the
years and the children and their families absolutely love it. The new extension
includes a sensory area and library. It’s for use by all the children and they
find it a very relaxing area where they can play quietly.”

Among the “new” recruits is Abbie Wilson from Lockington,
who worked at the nursery and left five years ago to go to Australia. She
returned in October and heard Educare was recruiting, so she applied and now
works as a nursery nurse.

Abbie said: “It was the perfect opportunity for me. I
started at Christmas and it’s been great. It’s so much bigger than it used to
be so we can look after more children. They love the extra space, the new toys
and the chance to explore a bit more.”