Narrowing the Gap of the Digital Divide 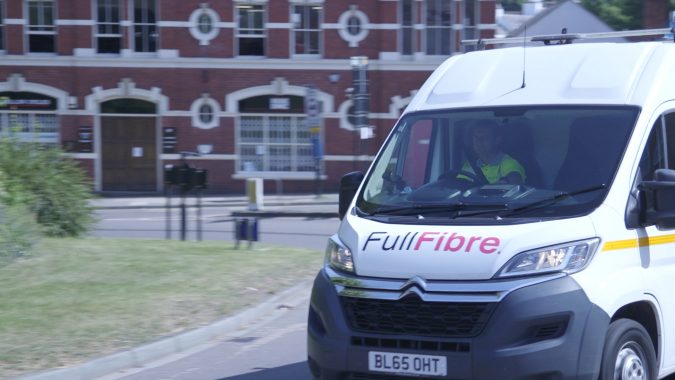 Full Fibre has announced the next 100,000 UK homes and businesses in poorly-served areas of the UK, it is to offer supercharged connectivity to twelve market towns – overlooked by other major infrastructure providers – will benefit from Full Fibre’s latest build plans.

Last week the internet celebrated its 32nd anniversary, with criticism from its founder Sir Tim Berners-Lee about the growing ‘digital divide’ in the UK caused by poor investment in new, faster connectivity.

In his annual letter to mark the anniversary Sir Tim Berners-Lee said too many young people do not have internet access and the digital divide had widened during the pandemic. He added that internet connectivity as a ‘basic right’ and called on governments to invest to provide universal broadband by 2030.

The UK is delivering more and more gigabit infrastructure, but with the majority of delivered in dense urban areas, further fulling the urban / rural digital divide.  With the impacts of COVID-19 still very much around us Full Fibre’s FTTP (Fibre to the Premise) investment into these market towns will unlock social mobility, fuel much needed economic recovery and provide an ecosystem to support future development.

“Businesses across Britain, and the amazing people working for them, need access to ultrafast internet connections, at work and at home, to enable them to compete nationally and internationally, but those outside dense urban areas and major cities are being disadvantaged by the lack of investment in their digital infrastructure,” said Full Fibre CEO Oliver Helm.

Full Fibre is on a mission to supercharge available bandwidth in those ‘forgotten’ areas, enabling businesses to enact digital transformation strategies and adopt cloud-based services, with future proof speeds up to 10 Gbps (the equivalent of 10,000 Mbps).

Full Fibre has announced 100,000 additional homes and businesses, across 12 locations (Leominster, Shrewsbury, Bayston Hill, Ross-on-Wye, Oswestry, Wem, Droitwich, Stourport-on-Severn, Malmesbury, Cinderford, Cam and Dursley), where the majority of premises will be able to access their gigabit internet services within the next 12 months.

“Full Fibre recognises the national necessity for both residents and businesses to upgrade to ultrafast fibre services, if they are to embrace modern digital services and educational tools. These chosen areas are currently restricted to ageing copper connections, not meeting with the needs of modern, homeworking families.  It’s vital that everyone in a community gets access to ultrafast, reliable services and the opportunities that come with it.” said Oliver Helm.

Full Fibre’s investment in these 12 market towns will mark the start of their 2025 goal of reaching over 500,000 premises.

As a wholesale infrastructure builder, Full Fibre is passionate about providing end-users with choice of providers and a competitive marketplace that will drive innovation, better customer service and ultimately, deliver better value for money for all.

For local and medium-sized ISPs, Full Fibre presents an opportunity to supply services that better compete with their competitors and even national industry heavyweights, while enabling larger ISPs to drive FTTP adoption and benefit from the lower associated in life costs and lower customer churn.

More information on timeframes will be released as delivery plans in the areas specified are confirmed.