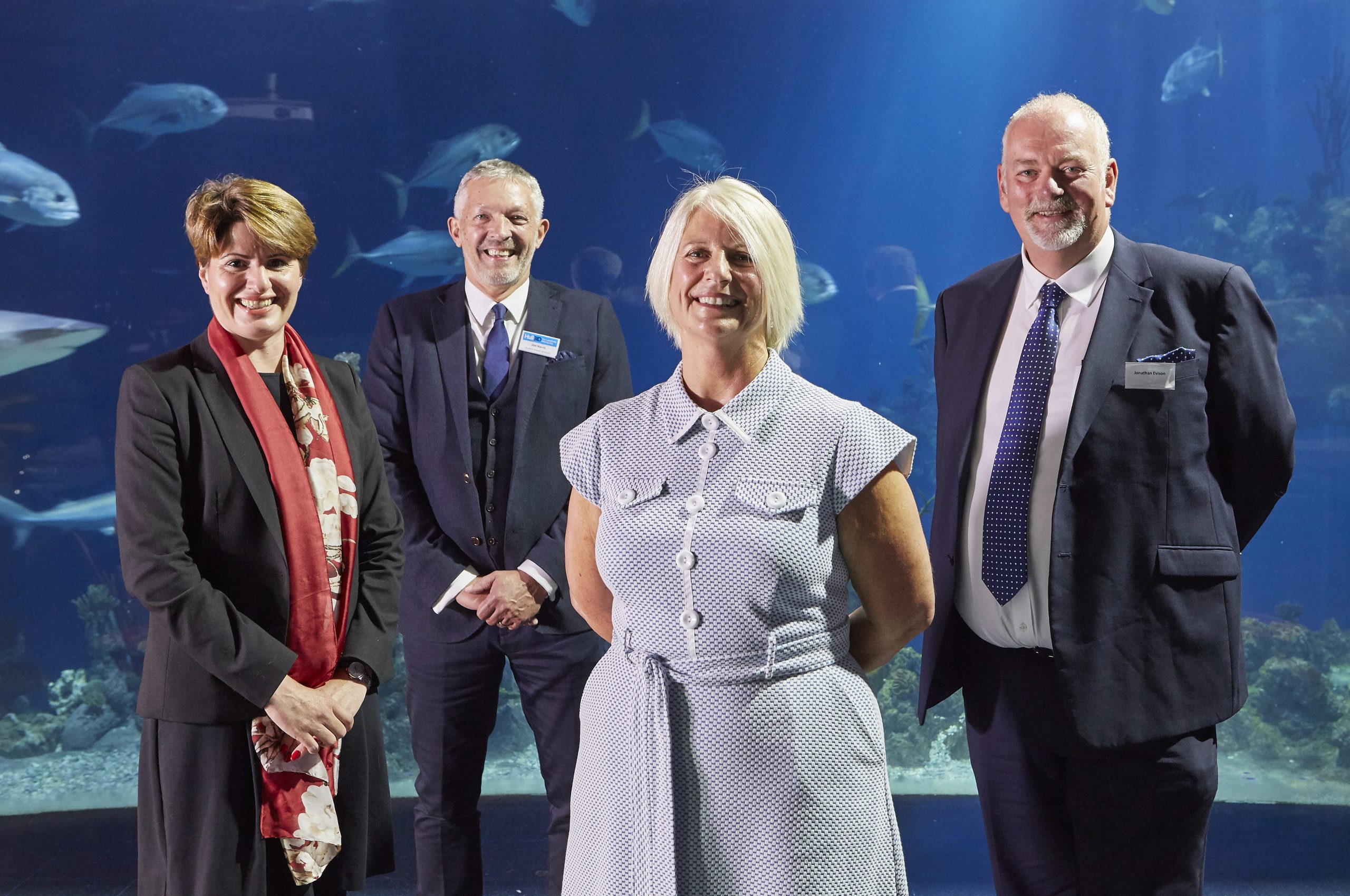 Hull Business Improvement District received a resounding endorsement from its constituency MP and its Police and Crime Commissioner as it set out its stall for a further five-year term.

Emma Hardy, Labour MP for Kingston upon Hull West and Hessle, said HullBID operated free of political bias: “If it did not exist it would be necessary to invent it!”

Jonathan Evison, the Conservative elected in May as PCC for the Humberside Police area, revealed he had already committed more funding to help HullBID support businesses, to keep the city centre streets clean and safe and to develop a new event to pull in the crowds.

First, HullBID has to be voted back in. It became the first BID in Yorkshire in 2006. Kathryn Shillito, the executive director, was appointed in 2010 and leads a team of five staff with support from a board of 12, 10 of whom are drawn from the city centre business community.

To win the ballot, HullBID must secure a simple majority of votes and rateable values from the 840 businesses and other organisations which form its membership.

They are being asked to continue a commitment to pay the equivalent of one per cent of their rateable values to fund a programme, set by the board, of ongoing improvements to safety and security, cleanliness, communication and the general business environment.

In recent years BIDs have been set up in Bradford, Harrogate, Leeds, Ripon, Sheffield, Wakefield and York.

Speaking at a dinner at The Deep aquarium to launch the ballot campaign, Ms Hardy told an audience of business and civic leaders: “Hull was leading the way in Yorkshire and since then other cities and towns have followed that. They have seen the benefits from HullBID and have been keen to emulate those.”

Ms Hardy, who was elected as the local MP in 2017, noted that HullBID has played a key role during the pandemic in terms of helping businesses to secure grants and advice on returning to work and reopening safely. The organisation was also the only BID in the country to give members a 25 per cent discount on the levy.

She said: “Prior to the BID there was no facility for businesses to speak to each other and share their problems and solutions. Partnership is vital to meeting challenges and in 2006 BID became the answer. It is the model of an independent, not-for-profit organisation working together to identify and deliver positive actions for the area.

“As a new MP HullBID was my go-to organisation to get a clear picture of the economic health of the city centre and to hear the voice of businesses, which comes through to me unfiltered by any political bias.”

Ms Hardy added that Hull was “a city on the up” and needed the support of HullBID as it adapted to the changes of the post-Covid era.

She said: “I commend HullBID and Kathryn for their outstanding work providing up to the minute information and support to businesses. It would be premature to assume there will be no more twists in the Covid tale and we need to be thinking as a city and as a collective about how we adapt and about the opportunities.

“Having an attractive and thriving city centre will be central to any offer – an attractive place to live in, work and visit. If HullBID didn’t exist it would be necessary to invent it. How fortunate we are then to have had it in place for the last 15 years.”

Mr Evison, who represents the public across all of Humberside as Police and Crime Commissioner, told of his fond memories of travelling to Hull on the Humber ferries to visit Dinsdales joke shop, the bustling Whitefriargate and Old Town and to admire the statues of Queen Victoria and King Billy.

He said: “I am very much aware that crime is associated with deprivation and the way we can make people’s lives better is to reduce that deprivation. Having a vibrant city which is actively trying to get investment into Hull means better-paid jobs which will lift people out of deprivation.

“HullBID makes the centre much more attractive. It hasn’t got the graffiti you see in other places. The doorways are clean and there are always things going on. BID is a brilliant advocate for the businesses and, particularly through the Covid period, has gone the extra mile to help businesses with the problems they were encountering.

“I have already promised funds to help BID maintain its work and to bring in a new event. Please vote for BID. It would be a disaster if it didn’t continue.”

Jim Harris, chairman of HullBID and centre manager of St Stephen’s Shopping Centre, told fellow business leaders: “Keeping HullBID is not a given. It’s been here since 2006 but it won’t be here any longer without your help. This is a heartfelt message because we all love HullBID and we all know the great work it does and if we didn’t have HullBID what would we do?”