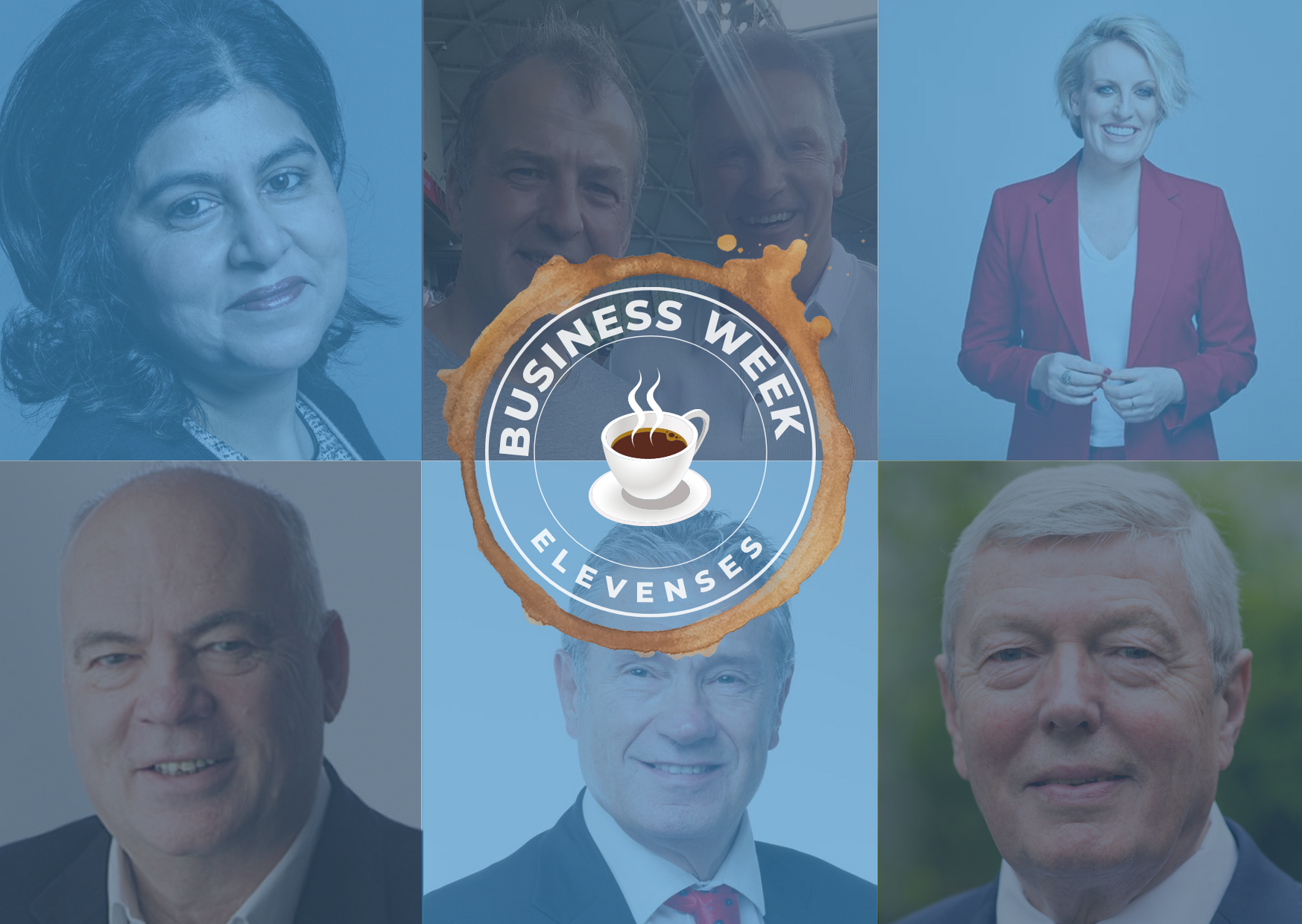 Humber Business Week chairman Kath Lavery says she has been “overwhelmed by the strength and quality” of this year’s programme – and it promises to offer “something for everyone in business”.

The event has been a staple of the region’s business calendar for 15 years but was one of many to fall by the wayside in 2020 in the wake of Covid-19.

It will return in 2021 from the week commencing Monday, June 7, and it has been confirmed that many organisations and personalities who have helped make the week such success in years gone by are again playing a central role.

That includes the traditional Bondholders lunch from Marketing Humber and The Business Day on the Friday, which will this year be held virtually over three hours, with a number of live elements to the day expected to be included.

Entrepreneur Paul Sewell, who was one of the founders of Humber Business Week more than 16 years ago, is also playing a leading role throughout the week, conducting a series of interviews with high-profile names at 11am each morning.

Also lined up to take part is Baroness Sayeeda Warsi, the former Conservative Party co-chairman who became the first Muslim woman to serve in the British cabinet and held the roles of Foreign and Commonwealth Office minister and minister for faith and communities.

The week of interviews will round off with the tables being turned on Mr Sewell, who himself will be interviewed by former Labour Hull West and Hessle MP Alan Johnson about his own career leading The Sewell Group – one of the region’s most successful firms – and his business memoirs Half a Lettuce.

Others organisations planning events for the week include The University of Hull, the CIPD Humber branch, the Department for International Trade Yorkshire and the Humber, Andrew Jackson Solicitors, Rollits, Barclays and the Hull and East Yorkshire LEP.

Events will cover everything from Covid recovery to new opportunities

In total it is expected that more than 30 events will be staged during the week, with a number touching on the impact of Covid-19 via topics such as business resilience, flexible working, business recovery strategies and helping companies adopt a digital-first approach.

Significant regional opportunities, such as the recently announced Freeport status – and a £3.5 billion investment for the Humber region – the Lagoon Hull development and the availability of grants through the Hull Business Energy Efficiency Scheme will also be explored throughout the week.

“I have to say I am overwhelmed by the strength and quality of events proposed for this year and I guess it goes to show that businesses truly value what Humber Business Week brings to the table and the positive impact it can have,” said Mrs Lavery (left).

“With all the issues businesses have faced over the past 12 months, companies and organisations could have been excused for saying they just had too much on their plates at this time. There has been none of that though and there seems to be a renewed desire to be involved from many.

“Businesses want to share their experiences and learnings of the past 12 months and help others thrive in what is now a very different world. There are also many business support organisations which are passionate about using Humber Business Week to help ensure our region takes full advantage of the many new opportunities on the horizon.

“It is humbling, and quite thrilling as the programme will offer something for everyone in business.”

For Paul Sewell, chairman of The Sewell Group, it is a chance to return to centre stage during a week which he helped found more than 16 years ago, and will always be close to his heart.

He said: “As one of the original founders of what ultimately became Humber Business Week as we now know it, I have been delighted to see the week continue to flourish for 15 years, and I really wanted to play a big part this year as it returns to the fold.

“I did an interview with John Prescott a couple of years ago and it went down really well, so that got me thinking about doing something similar this year.

“Then I thought that I’d approach a number of interesting people I have been fortunate enough to get to know throughout my career – people who have great stories to tell about their varied working careers and business – to create an interview series for the week.

“I am delighted with the quality of people who have agreed to take part and the aim is to make these interviews entertaining, engaging and informative, and something people can choose to tune into on a coffee break each day, between the many other excellent events being staged. I’m aiming for a mix of Parkinson and Piers Morgan!”.

Organisations can still propose events to be staged during the week by contacting programme coordinator Sophie C Auskerin via email at s.c.auskerin@hull.ac.uk, or by calling 01482 466115.

The full programme, detailing all events and how to book places, is to be announced during the week beginning April 26 and published on the Humber Business Week website.