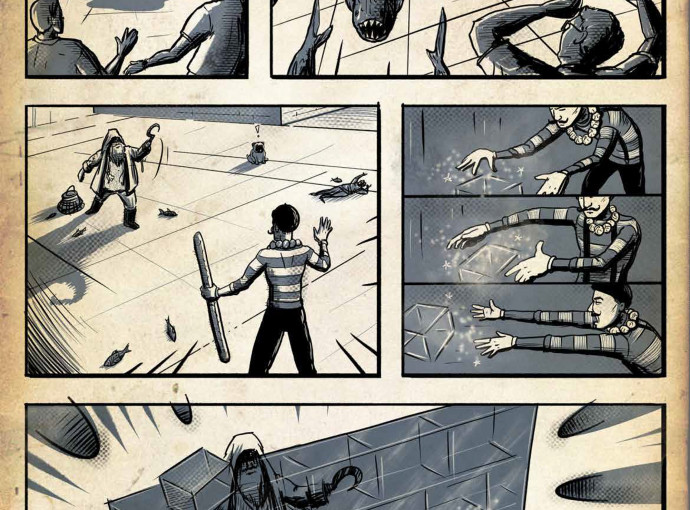 A storm emerged overhead as a rusty boat ominously pulled into the dock of Hull Marina, a thriving hub for local businesses.
*CRASH*
A shadow emerged from the boat… The Trawlerman!
He’s been pillaging businesses for years, not just in Hull, but on a global scale, using his #phishing attacks!
Onlookers screamed and ran in every direction! Contracts were left unsigned, apprentices were left unsupervised, artesan coffee served in a plant pot, undrunk!
An unsuspecting salesman was sitting, refreshing his mailbox, hoping to find a juicy lead.
The Trawlerman, seeing this, began to send out a wave of phishing attacks! Giving The Trawlerman complete access to all of the salesman’s private and confidential data, all seemed lost, literally – well, the data that is…
That was when Mimecast appeared, as if from #TheCloud above!
Mimecast used his enhanced intelligence to see straight through The Trawlerman’s attack and blocked it using his superior invisible filters, banishing it to a quarantined sandbox environment!
“DAMN YOU MIMECAST!” shouted the Trawlerman as he retreated.
Mimecast laughed, safe in the knowledge that he received constant updates on the latest threats, directly from the cloud, and like that, he was gone! As if there was never any threat at all, the businesspeople of Hull went on with their day.
If you’d like to see how #Mimecast can help keep your business #cybersecure, call 01482 828000 or email [email protected]