Milestone for Kathyrn Shillito at HullBID 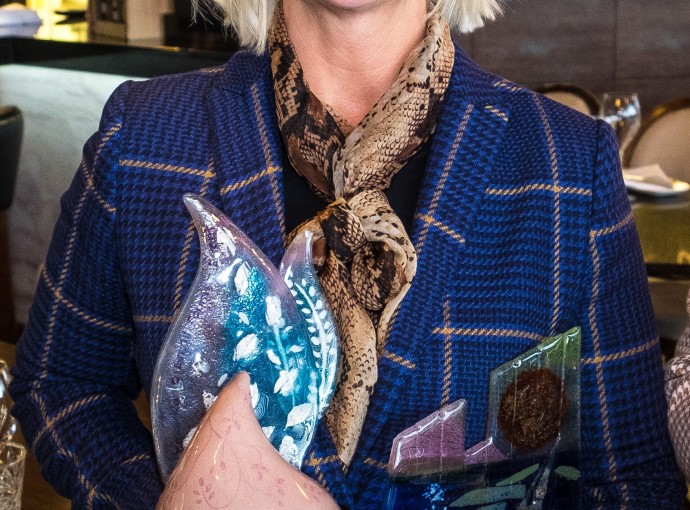 HullBID is heading into a new year of challenges and opportunities buoyed by rising optimism and economic indicators – and by the experience of Kathryn Shillito in the 10 years since she joined the organisation.

Kathryn joined HullBID as operations manager in January 2009 and now, as executive director, says the city centre can look back with pride and forward with confidence as a result of the changes that have taken place.

She said: “We have certainly
become more of a visitor destination… it’s not just about the shopping any
more.  We were boosted by City of Culture
and by offering an all-round leisure experience we have increased our
popularity.  The architecture of our old
town, the free museums and galleries, a much-welcomed arena and a multitude of
exciting leisure facilities have played their part.

“We have so much to be
proud of that we can shout about and we are not fearful of doing that. No
longer are we seen just as a city at the end of the motorway.”

HullBID was only the second BID (business improvement district) to be set up in Yorkshire when it was launched in 2006. Its achievements have been recognised by city centre businesses with two successful renewal ballots and have inspired many other towns, cities and regions to set up their own BIDs. Leeds and Sunderland BID visited prior to their own ballots to see how a large and successful BID operates.

Figures compiled during
2018 in line with criteria used by the Association of Town and City Management
indicate that Hull city centre has experienced a slight reduction in the number
of empty retail units.

In addition, footfall
for the city centre from April to October 2018 was at its highest since 2012
and up more than seven per cent on the previous 12 months.

The latest boost came
with confirmation in December that the iconic House of Fraser store will remain
open after a deal was agreed between the business owner, the landlord of the
building and Hull City Council.

Kathryn credits the
turnaround to a commitment to building strong partnerships between the City
Council and city centre businesses.

She said: “There are
times when we have to challenge and lobby the Council but we also share their
vision for the city centre.”

The HullBID team of
seven has changed completely since the organisation was established and its key
priorities have expanded as all staff take a hands-on approach to safety and
security, cleaning and maintenance, marketing and events, business liaison and
acting as a link between city centre businesses – who form a majority on the
BID board – and statutory bodies.

Kathryn and her team worked closely with the City of Culture company to ensure the programme brought benefits to businesses and BID also developed its own events with Hull Street Food Nights and the Yum! festival of food and drink proving hugely successful.

Behind the scenes
Kathryn continues to ensure the voice of business is heard in top-level
meetings with the City Council, exchanging ideas and obtaining insight which
enables further collaboration whilst keeping costs under tight control.

She said: “I joined as
HullBID emerged from recession straight into austerity but we still got through
the ballot in 2011 and followed that with a very successful result in 2016, by
which time we had rebuilt the team with a new structure and a new philosophy of
people wanting to get things done and see us succeed.

“The first ballot
focused my mind on the importance of speaking to people, acknowledging the
questions they asked and dealing with issues quickly. I believe that’s how we
stand out from other organisations.

Kathryn at a HullBID networking event with (from left) James Leeming from Highways England, Louise Cheeseman of Hull Trains and Nigel Dibb of the Holiday Inn Hull Marina

“If stakeholders have something important to share, they come to HullBID. A lot of people are following what we do and when we have a conversation with the council we do it on behalf of the city centre business community. We attend some of their most important meetings to share information and that works both ways. We get to find out what the council’s plans are, we have a chance to ask the big questions and the council finds out about the things that businesses are experiencing.

“We are not blind to
the challenges and we are very aware of the issues facing the high street
generally, the bricks and mortar retailers particularly. It is still difficult
because people are spending their money differently but we are buoyed by the
big influx of independent businesses which have added a lot to the vibrancy.
The new houses which are going to be built in the city centre will generate
growth and that will attract more professional people to live in the city
centre, wanting to shop and eat on their doorstep.

“During my 10 years
I’ve seen a renewed sense of optimism in the city as businesses see the
potential. They see what has been done with the public realm work and the Bonus
Arena bringing people into the city centre with the hotels getting busier.
People are optimistic about what’s happening in our city.”